ushered in a new wave of homeowners wanting to see their packages delivered, watch who’s walking by, and even answer the door when they’re away from home. The problem with these passive video doorbells is the reliance on a human to respond and monitor them. Companies including Nest

are attempting to use machine learning to identify people, objects, and other movements but they’re still in the early stages. One Crowdfunding campaign is looking to take it one step further with A.I. The idea is their video doorbell; the Netvue Belle can become your butler. The doorbell would be able to answer the door whether it’s a UPS driver dropping off a package, or a family member visiting.

I’ve had the chance to review the NetVue Belle before it’s shipped to all the backers on the Indiegogo campaign. The doorbell has been rung countless of times from delivery drivers, solicitors, and a handful of pizza guys. This review is my experience from the setup process to the daily uses. 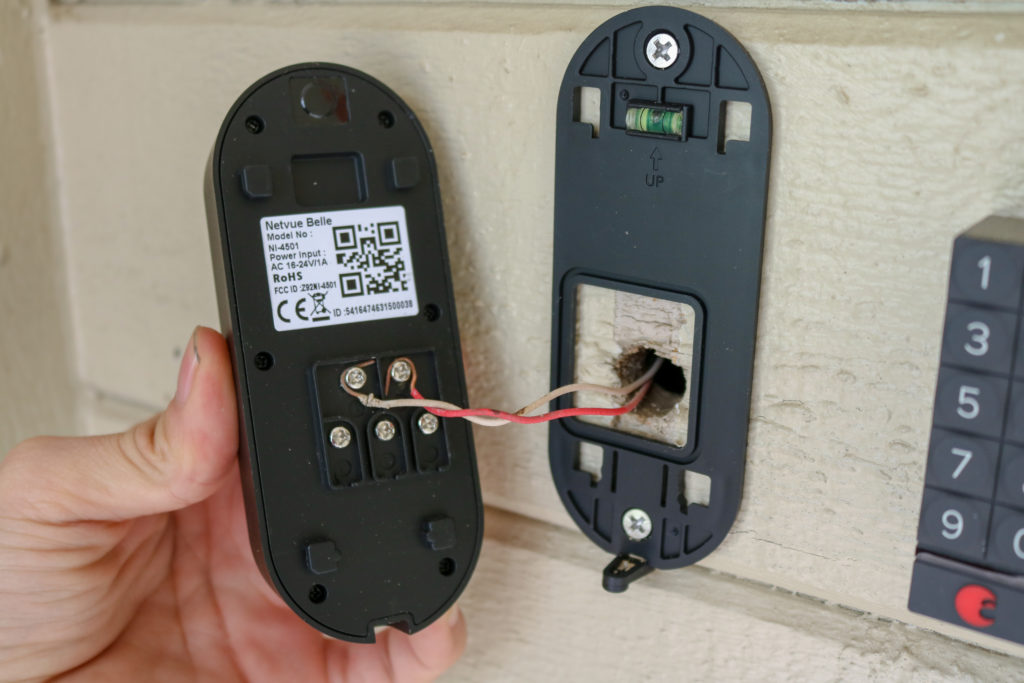 Installing the doorbell isn’t easy. Depending on your previous doorbell, you may need to drill new holes, work with electrical wires, and outfit a mechanical doorbell Chime with some new hardware. Now I’m not a handyman, but I’m able to use a drill and a screwdriver. Overall the install was a breeze until I had to attach the accessory for the doorbell to work with a wired mechanical chime. The problem I found was something in between poor UI and poorly written instructions. The instructions didn’t mention word-for-word there was a default setting turning off the chime. As a result, I went back to the mechanical chime thinking I had improperly installed something. Netvue Belle doesn’t work with musical chimes yet so I thought I had an unsupported chime, but in the end, it was a setting left unticked in the app.

One important note is the Netvue Belle is going to work with smart locks and electromagnetic locks in the future, and the doorbell does have plans to support the musical chimes.

The Netvue Belle isn’t an ordinary video doorbell. As I mentioned in the intro, the doorbell comes with an advanced A.I. that can identify faces, instructed the delivery driver to leave a package, offer holiday greetings, and open the door if you have a smart lock. The voice interactions are a bit awkward for anyone coming to the door. Video doorbells are more commonplace today, but one asking for your name and the reason for being at your door is confusing. We’ve had people visit the door and try to talk to the doorbell like there’s another person on the other side, but it’s just the A.I. asking for basic information.

If someone comes to the door, they can call you, leave a message, or get direction where to leave a package. The doorbell includes 24/7 streaming, a 170-degree viewing angle, and IR night vision. For free you get two-way audio, instant alerts, A.I. assistant, Amazon Alexa support, and real-time monitoring. The upgrade plans are either $2 a month which gets you a video recording of the doorbell being rung or $5 a month for 24/7 recording on AWS. 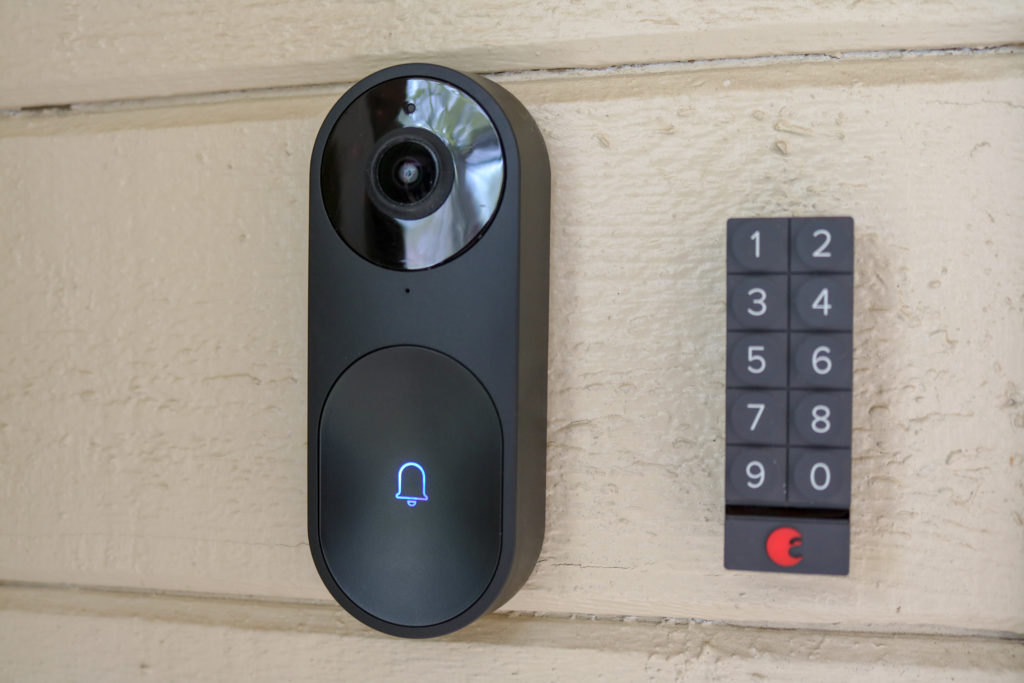 At $169 during the pre-sale period, you’re getting one of the best deals. Even if you’re not going to use the A.I., which you can turn off, you’re getting one of the best video doorbells around. I’d say most of the video doorbells offer similar features and video quality. The Netvue Belle is standing out from the crowd by providing a personal butler for your front door. Even when it does hit retail stores for $249 it’s a competitive price to Ring and the Nest doorbells

. The doorbell is more expensive than other options, but you get a handful of novel features you cannot get with any other video doorbell competitor.

The Netvue Belle is still in early development. There are rough edges and unfinished features, but it’s a promising gadget. The A.I. features are great to have at the front door. The A.I lets you install the doorbell and not worry about packages not being left at the front door or not getting a message from a necessary visit. The price is reasonable at $249, but if you are pre-ordering, you can get the device for only $169.

The A.I. still needs a lot of work, but it does get the job done if the person at the door doesn’t assume someone is on the other side talking to them. If your shopping around for a video doorbell whether it’s an upgrade or a first time buy, the Netvue Belle is one of the best options.

Let me know what you think about the Netvue Belle in the comments below! Do you want an A.I. butler answer all your doorbell rings?