I live in a smaller home, around 1,500sq ft, but I had issues left and right with my old single router setup. A lot of the problems stemmed from walls blocking the signal and my router being in the far back corner of the house. I have my Xbox and TV setup on the opposite end of where the router is, and this caused slow connection and a lot of headaches. When I went shopping for the new mesh router, I wanted a few things. I wanted something cheaper than the $350 Eero router. I also wanted something stupidly easy to setup, but still offer all the features of a more professional, techie router. The Netgear Orbi checked all the boxes for me, and RBK30 two pack is only $180 on Amazon.

The Netgear Orbi RBK30 covers up to 3500 sqft, which is double the sqft of my home. I set up the router a couple of days ago now, and honestly feel like the Orbi provides faster internet speeds. While I know the internet isn’t faster, it’s filled all the dead zones, and all my Nest cameras can connect without any buffering or dropouts.

In the review, I’m going to break down why I believe the Netgear Orbi, whether you buy the cheaper or more expensive option, is the best option for your mesh router needs.

The Netgear Orbi RBK30 is only $180 on Amazon. Compare that to the $350 Eero or the $270 Google Wifi; it’s what you’d pay for a non-mesh system. The Orbi comes with the central hub plus one satellite that plugs directly into a wall outlet. If you do opt for the more expensive, you’ll pay $280 and get one hub and a satellite that looks very similar to the hub. 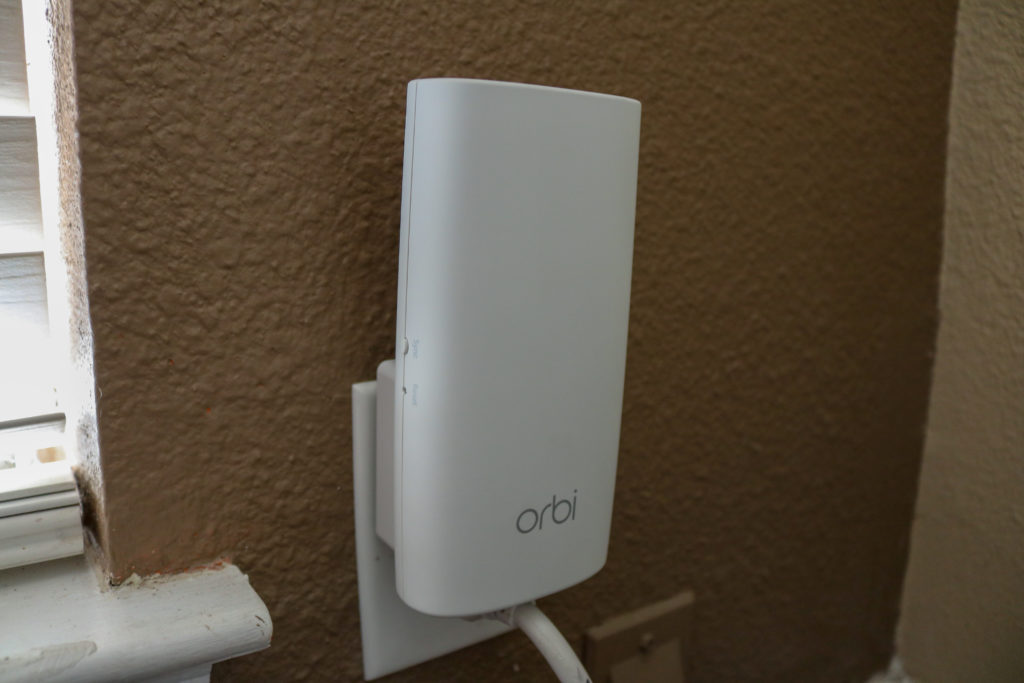 Hands down the most straightforward setup for something that’s usually a pain-in-the-butt to install. You connect the Netgear Orbi to the router with an ethernet cable, plug it into the wall, and walk through the setup process with the Android or iOS app. I did run into some issues setting up my satellite, but I quickly resolved it by moving the satellite closer to the router and then trying the setup again.

The app walks you through the setup process with pictures and descriptive text. The app tells you what the lights mean, where the buttons are hidden and how to do everything, even when you run into a problem.

The router might have an easy setup, but it still offers more advanced features that you would find on a router like the Netgear Nighthawk. You have access to parental controls; you can monitor your traffic, see what devices are connected, and prioritize video or gaming on the network. There is also a unique backhaul channel for the satellite. That backhaul channel is unique to the Netgear Orbi; no other mesh router offers this feature. The channel lets the router and the satellite communicate without clogging the primary network with traffic.

The advanced features that are common on traditional routers. There is remote access, guest wifi, and you’re able to manage the network even if the router is offline. Another important feature is the Alexa support. You’re able to ask Alexa to turn your guest network on and off, reboot the router, and ask about specific wifi features. I’m not using this, but it is nice to be able just to tell Alexa to reboot the router when the internet is being finicky. 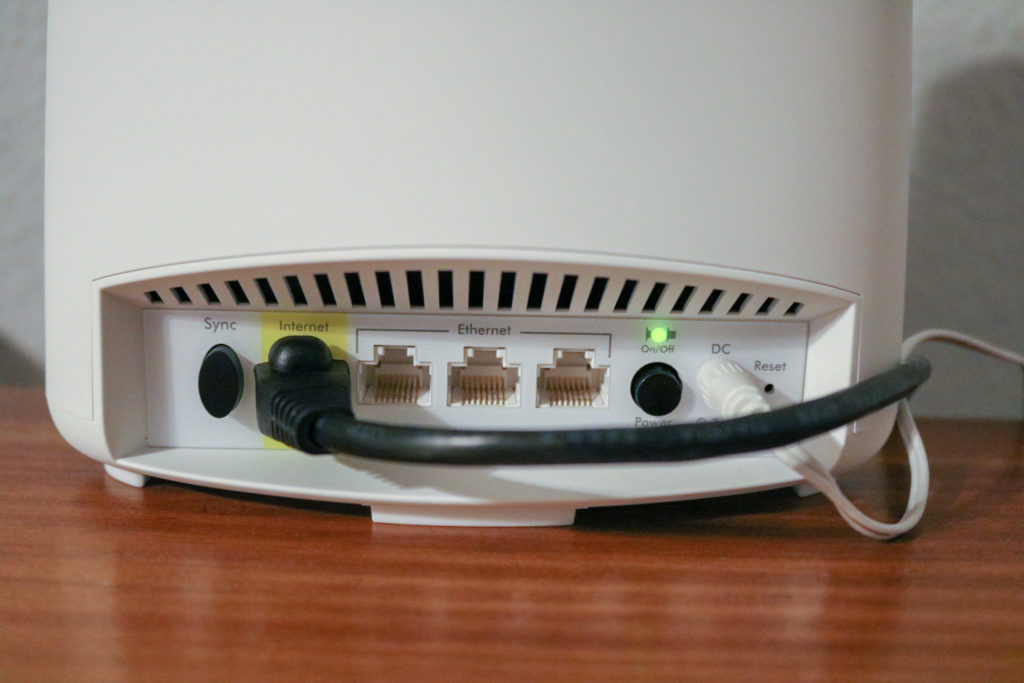 I know you’re thinking, why would you buy a set of two for $180 when you could get a set of three for slightly more. The Netgear Orbi offers a broader range of coverage with only a router and a satellite. The Eero and Google Wifi cover less area than the Orbi, which is one of the big appeals if you want to get a bigger bang for your buck. My speed tests max out around 350 Mbps for download and 23 Mbps for upload. Before the Orbi I averaged 200 Mbps down and 15 Mbps up. My speeds are notably different, but I’m able to get the full signal strength throughout the home.

My front Nest Cam which often disconnected and had poor video quality is now able to stream at HD video quality without any hiccups. I’m also able to play video games with little to no latency.

If you’re looking for an easy to set up mesh router, the Netgear Orbi is the best option. Whether you’re going to buy the RBK30 or the more expensive RBK50 model, you’re getting the best hardware. I personally recommend getting the Netgear Orbi RBK30 if you have a home less than 3500 sqft.

The biggest selling point here, at least for me, is the price. At $180, the mesh router is priced similarly to other non-mesh systems and half the cost of the Eero and Google Wifi. The Orbi fixed my Wifi issues, and if you have a large home or dead zones, the Netgear Orbi RBK30 will likely fix the problems.