and the DJI Spark

. The Mavic Air keeps the folding design of the bigger Mavic Pro but picks up, the cheaper price tag and more comfortable flight controls.

DJI keeps innovating by releasing smaller, smarter drones. They’re continually bringing down prices without having any close competitors. The Mavic Air is a smaller form factor but packs in all the pro feature’s you’d expect from their higher in drones.

I’ve wrapped up all the information of the DJI Mavic Air from the price, camera quality, to the size in this article.

A key focus on all the DJI drones is the camera quality. Under the tiny package is a 1/2.3-inch 12-megapixel camera with a f/2.8 lens. The camera is mounted on a 3-axis gimble. The Spark offers a 2-axis gimble, which makes the Mavic Air the only drone in that form factor with a 3-axis gimble.

The camera is capable of shooting 32-megapixel Sphere panoramas by stitching together 25 photos. The camera is also capable of shooting 4K 30fps video. IF you drop the quality down to 1080p, you can shoot at 120fps for slow-motion. On board, there is 8GB of internal storage but has expandable storage through a microSD slot. You can transfer data from the camera’s storage through USB-C, which can also charge the device. 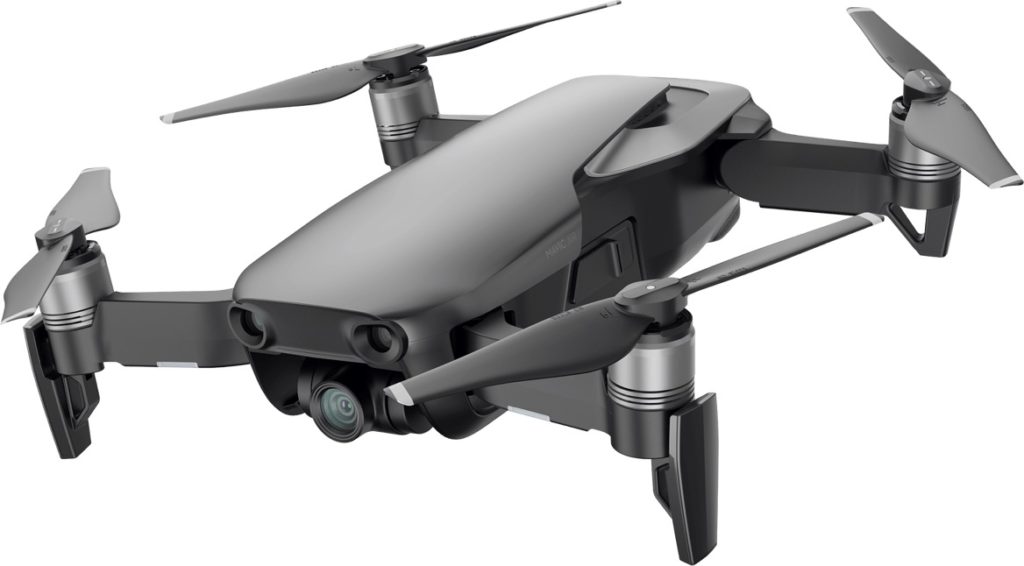 The Air can fly at 42.5 MPH, can operate in winds of 22MPH, and has a range of 2.5 miles. There is also a new controller which lets you dock your phone and use the DJI Go app. When your flying you can view a 720p video. You can also fly the drone with gestures like the Spark. There is also an improved obstacle avoidance, which will let your drone navigate around obstacles instead of stopping in front of them.

At $799 the Mavic Air picked up the lower cost of the Spark but is still slightly pricey. The Mavic Pro goes for $999 or more, and the Spark is $499, so the Air is an excellent midpoint. For the $799 you do get one of the smallest drones with the best software and extraordinary battery life. The drone will ship on January 28th, which is this Friday.

The Mavic Air is the smallest form factor DJI could get while still packing in a 4K camera, advanced controls, and over 21 minutes of flight time. With all that, DJI is only charging $799 which is in the middle of all their other offerings. You’re getting all the features of the Pro without spending the extra money, plus you’re getting the form factor of the Spark.

Let me know what you think about the DJI Mavic Air in the comments below! Are you going to buy the Mavic Air over the Spark

or maybe you’re going to splurge for the Mavic Pro