Earlier this week Fitbit announced their “first” smartwatch. I say “first” because they’ve had other watches, but they were limited to built-in apps and some notifications. The Fitbit Ionic is a smartwatch with a custom OS with a strong emphasis on tracking your workout activity. Previous Fitbit devices

were glorified step tracks with heart rate and sleep tracking thrown in. Fitbit didn’t know what to do with the data it was collecting or how to keep customers from throwing the Fitbit in a drawer and forgetting about it.

The Fitbit Ionic will support third party apps through an SDK built on Javascript and SVG web standards, which will allow developers to easily and quickly create apps. At launch, the Ionic will have Starbucks, Strava, Pandora, and AccuWeather pre-installed on the watch. I suspect developers will think about adding support for the Ionic, but we have seen some developers move away from supporting the Apple Watch and Android Wear. Fitbit is also offering Fitbit Pay, an NFC based way to pay at stores, even if you’re not carrying your phone, which supports Apple Pay and Android Pay. 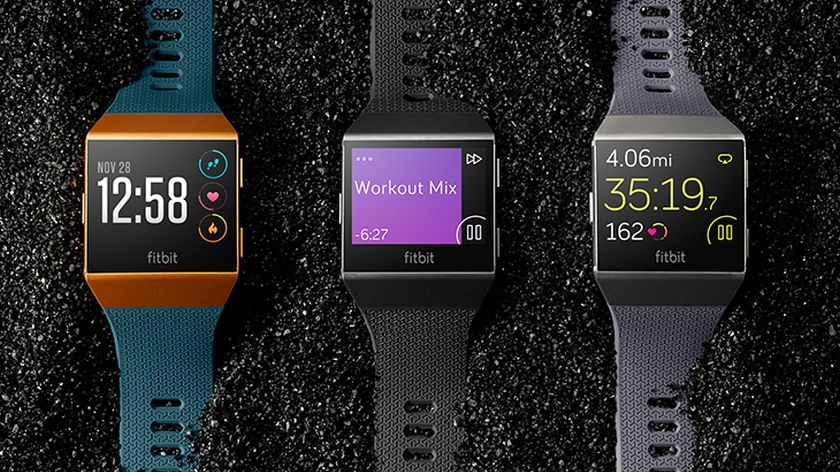 The Fitbit Ionic is ugly. There is no getting around the boxy design and non-removable strap. Fitbit is following the design trend they’ve been using since the start. The smartwatch looks like the Blaze which also, unfortunately, resembles like the Fitbit Charge. Fitbit’s unwillingness to change their industrial design is part of their continued struggled to make it big. When they bought Pebble, I thought Fitbit would take some cues from their industrial design, but Fitbit ended up only taking Pebble’s OS strategy.

Pebble built a community around developers, something Fitbit will need to do. They’ll need third-party support from not only fitness apps, but everyone’s who developed an app for Apple’s or Google’s platform. To entice me to the Fitbit watch I’d need apps across the app store adding support so I can have a choice of what I want. I’d personally want Coinbase, Swarm, and a few other smaller developers to add support for the Ionic before I even think about wearing the watch.

Fitbit is going head to head with Garmin and Polar which have beautiful round watches that can do everything the Ionic can do, Not only are those competitors good looking but they’re reasonably priced. Many Garmin watches around $199 or $249, which is common for a smartwatch, but the Ionic is a staggering $299. The Apple Watch series 1 is $249, which has more support from third-party apps but also Apple.

Let me know what you think about the Fitbit Ionic! I’m personally waiting on my TicWatch to ship sometime in November, so the Ionic doesn’t appeal to me.