The Apple rumor mill is in full swing as everyone is waiting for the iPhone 8 in September. We’ve seen a number of leaks, but most rumors are about the edge-to-edge screen and the Touch ID sensor. Some of the leaks and renders have shown Apple moving the Touch ID sensor from the front bottom bezel to the back. The move would make the iPhone feel more like an Android handset which often has the touch sensor on the center back. The solution to having an edge-to-edge display is to put the touch sensor below the screen.

There is technology from a Chinese company and Qualcomm that would allow Touch ID to hide under the screen, but we haven’t seen the technology in a consumer phone, yet. The two companies use ultrasonic sound to penetrate the glass or metal to get a 3D image of your finger. The benefit of an ultrasonic sensor is how sweat or the ambient light won’t affect the sensor.

The new rumor is Apple won’t be able to get the technology working to a level that’s adequate for Apple hardware. As a result, Apple will ditch Touch ID. Instead, Apple is going to use a 3D face or iris scanner. It’s similar to Samsung using an iris scanner on the Galaxy S8. The problem with an iris scanner is the need for enough light and the right angle to properly scan your eye. It’s also not as secure as a fingerprint reader and doesn’t match the ease we’ve had with Touch ID. 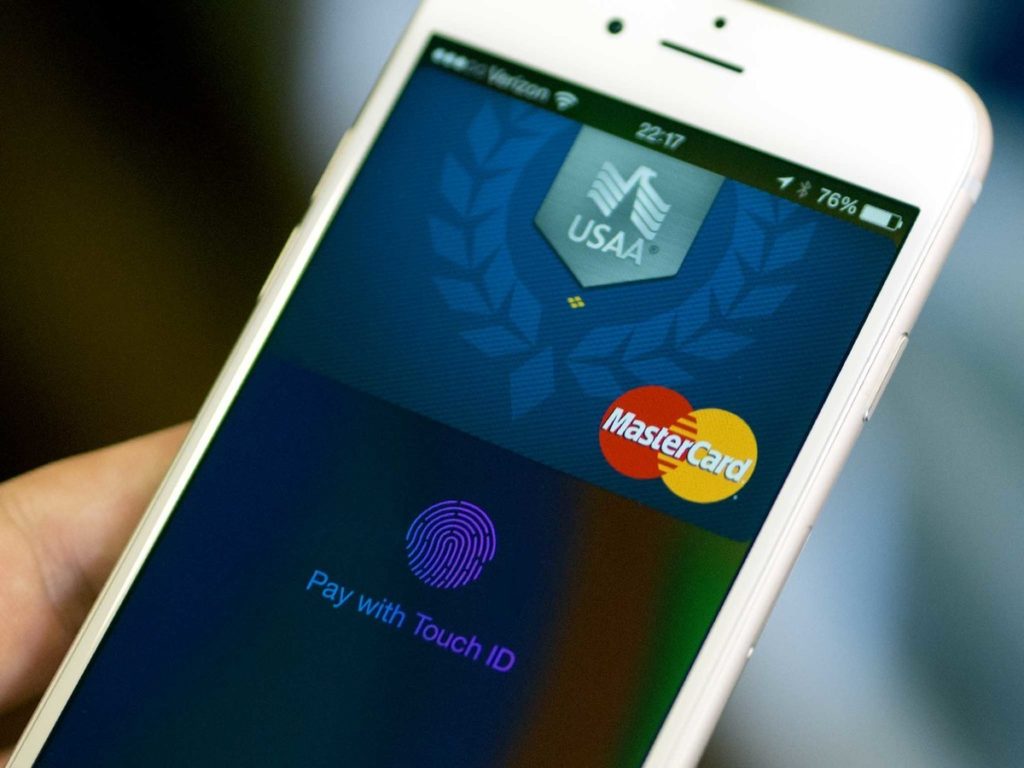 Apple Pay relies on Touch ID heavily. Without Touch ID Apple wouldn’t have a secure way to authorize payments. Yes, you could use a pin but that makes payments on your phone no more secure than using a debit card and a pin. No one, I mean no one, will want to pay with an iris scanner. You’ll have to wave your phone in front of the payment terminal, which is already a pain, then you’ll need to hold your phone directly in front of you to authorize the payment.

Apple will pull punches on the iPhone 8, whether it means having a front bezel or putting the finger sensor on the back in order to keep Touch ID around. They added Touch ID to the Macbook Pro, which signals they wouldn’t remove a standard Apple Pay feature for a better design. Apple has too much riding on the standard now. Banking apps, iTunes, and hundreds of other apps use the authorization method to sign into the apps securely. Apple won’t do away with that with a new iPhone. It’ll disrupt the app ecosystem and user experience negatively, causing more users to say Apple doesn’t listen to them.

TL;DR – Apple won’t ditch Touch ID because Apple Pay relies too heavily on it. There isn’t a biometric authorization method that’s as good or as easy to use as a fingerprint reader.

Let me know what you think! Do you think Apple will put the Touch ID sensor on the back or take a gamble by taking the standard out of the iPhone 8?