During WWDC Apple made a surprise announcement; MacOS will officially support external GPUs. An external GPU enables a laptop to run graphics intensive applications like VR games or video editing. The eGPUs are usually connected through Thunderbolt 3, something MacBooks have. You’ve been able to connect eGPUs to your Mac before, but it required a little finagling and effort. Now Apple will officially support those external graphic cards, and the GPU makers will offer drivers for the Mac. Both AMD and Nvidia have introduced Mac drivers for their Radeon and Pascal GPUs. What’s more surprising is Apple is selling an external GPU developer kit with an AMD Radeon 580 inside.

As I said above an external GPU is often used to run graphic intensive apps like VR games or experiences. Until now, VR was limited to Windows. This was partly because Apple never officially supported these eGPUs but they also never explicitly gave developers any tools to create VR or AR experience. Metal 2, will add support for VR headsets like the Oculus Rift or HTC Vive and Apple is working with Unity and Unreal Engine to optimize VR game engines for MacOS. 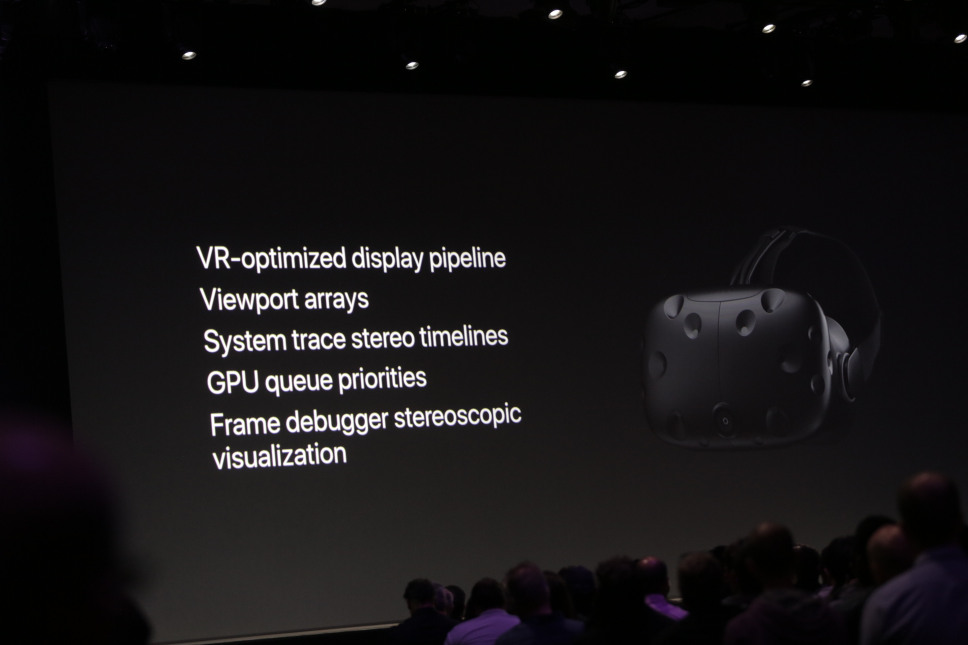 The big take away from WWDC 2017 is Apple is listening to developers. The company understands they took a step away from developers when they started making WWDC more a consumer event when they’d introduce consumer electronics. As Google’s done with I/O, Apple is making WWDC solely a developer event. VR development melds two worlds; development and filmmaking. Both are looking to jump into the VR space, but both of them are often the prosumers who use a MacBook. To build VR games or movies they’ve needed to learn how to use Windows to create and experience their VR game or movie.

Apple is looking forward to how developers and creatives will use their MacBooks. Increasingly the needs of a Mac are increasing with video production, VR Development, and expanded gaming needs. Those needs are the reason Apple is adding official support for eGPUs but also why they upgraded the iMac. They understand the Mac isn’t for students but developers, creatives, and other prosumers who are creating the future of our world. They cannot do that if their pigeon holds to an underpowered Mac that cannot even do the most basic things that a Windows laptop can do.

What do you think? Is Apple going to add more support for VR headsets or are they just doing this to make developers think they care? Let me know in the comments below!