Project Jacquard will hit stores sometime in October, but until then, I had a chance to try on the trucker style jacket from Google and Levi’s. At first glance, the denim jacket doesn’t look any different than the one you’d find on the rack at a department store, but with further inspection, you’ll see the left cuff has a raised fabric. The cuff has touch sensitive material which syncs turns on when a USB style button is clipped into the cuff of the jacket. While the idea of having a smart, responsive fabric is innovative and something we’ve seen in movies, what was demoed at SXSW wasn’t all that impressive.

The Verge voiced their support of Project Jacquard by titling their article “Google and Levi’s Project Jacquard restored my faith in wearables.” What I came away with from Levi’s Outpost is how much wearables suck. Everyone claims Fitbit’s, smartwatches, and other wearables are useless over priced pieces of technology. I’ve been on the other side of the fence. I’ve always believed smartwatches would take off as the battery life improved, and firmly believe health wearables are one day going to improve our lives. I’ve also become heavily invested in Spectacles, which is a wearable camera. I also believe Google Glass was the terminator style future we all watched on TV. So at the surface of Project Jacquard, I thought I’d become one of the first people to buy the jacket. And the with the jacket being relatively affordable, I want to purchase a piece of the future.

I am going to put my wallet into the game by spending $350 on a smartwatch instead of the trucker Levi’s jacket. 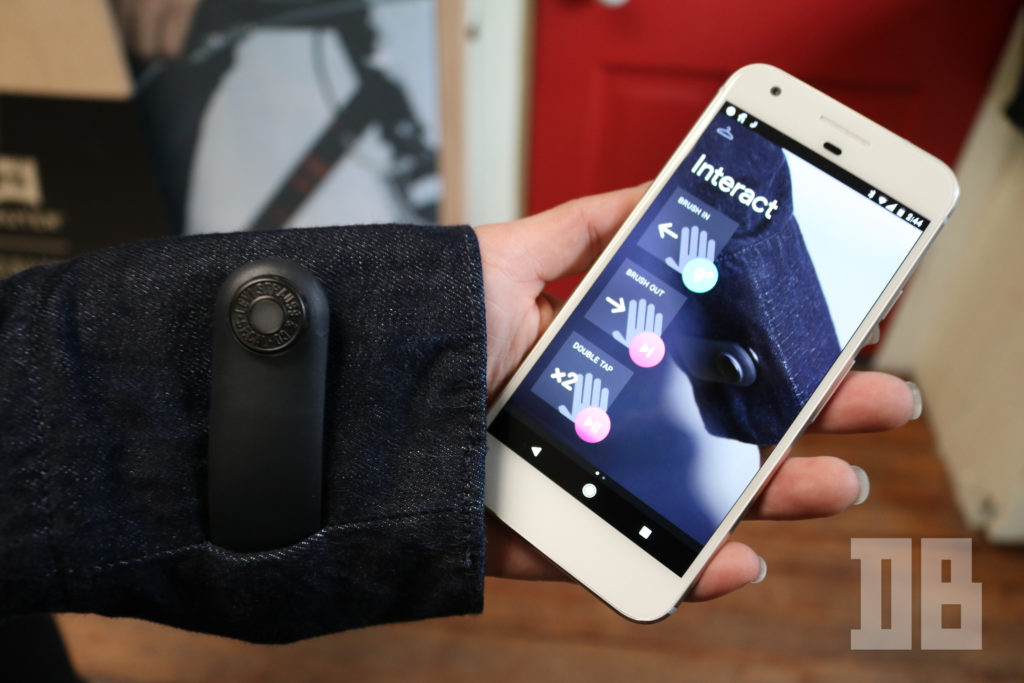 Project Jacquard isn’t all that useful

In the hands on at SXSW Levi’s showed the jacket paired with a Pixel, but noted there is an iOS app available. The app is essential because you’ll set what motions do to the phone. Mainly what the app could do was change the song, pause the music, or ask Google Assistant to speak what song is playing. I imagine there are more actions, but when pressed everyone claimed that’s all the app could do at the moment. You also can only have three motions programmed at once. You’ll have to choose what you need to do before you head out.

The limited functions are perfect for someone riding a bike, moving around the city, or doing some action where you’re not able to pull out your phone. I would rather have some screen reading the time or interface showing what’s playing. What I’m saying is I would rather slap a smartwatch on my wrist. Why would I limit my smart controls to a device with limited controls and limited motions?

Now I’m excited about smart fabrics! We could have remotes in a pillow cushion, car switches in a less obtrusive manner, or even how this could affect the lives of police. The consumer options are neat and novel, but they’re not useful.

Tell me in the comments below what you think about Project Jacquard! While I’m not excited for the jacket, I’m excited to see the technology come to the police, firefighters, and other fields which could use this more often.