Overcast is a simple yet powerful iOS podcasting app. When it was launched in 2014, it was beloved by podcast listeners. In 2014 podcast were still a niche market without a huge audience, while you can argue podcasts are still niche, they’ve become more popular than ever. The app has kept the same design trends since the first iteration on iOS 7, until today.

Marco, the developer behind the app, has released a complete redesign with a focus on iOS 10 design trends. The changes also bring a more functional and easier to use podcasting app. Marco is a full-time podcaster who understands what a 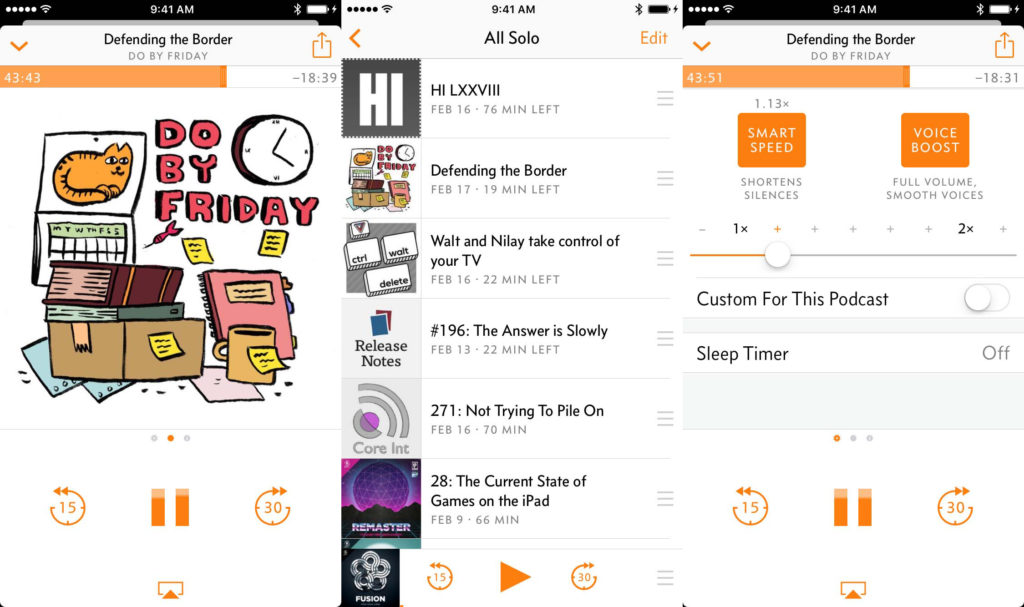 Overcast changes are minor but welcomed

Overcast has a lot of competition from other apps including the Pocket Cast, Castro, and a slew of other apps. The Overcast app is deliberate with its functionality and design. While I haven’t used it in a few months since there’s no Android version, I was a huge fan of the app. The design changes were the bulk of the work, but there are a few new things. They included: a widget on the Apple Watch, better ads, and rich notifications.

If you listen to podcasts on iOS, the Overcast app is a must download. Even if you don’t like the feature set, you’ll understand using the default iOS app is a death sentence. If you’re on an Android phone, you can use the Google Play Music app for podcasts or use Pocket Cast. The only downside to Overcast is the lack of Chromecast support. If you can get over that one minor problem you’ll have the perfect podcast app.