If you’ve walked into a Best Buy over the holiday, you might have noticed an Oculus Rift demo station in the store. They’re in hundreds of Best Buy locations across the United States. According to Business Insider, Best Buy and Oculus are closing 200 of the 500 demo stations. The Rift demo stations let interested shoppers try on the Oculus Rift with the touch controllers before they bought the VR headset. Best Buy had trouble selling the headsets with only “a few headsets per week” being sold during the peak holiday times.

Interest in the headsets and the demo stations have deteriorated even more. Fewer customers have $1000 to drop on new technology. Many customers have also already tried VR. They’ve tried Google Cardboard or the Gear VR at home or with friends. 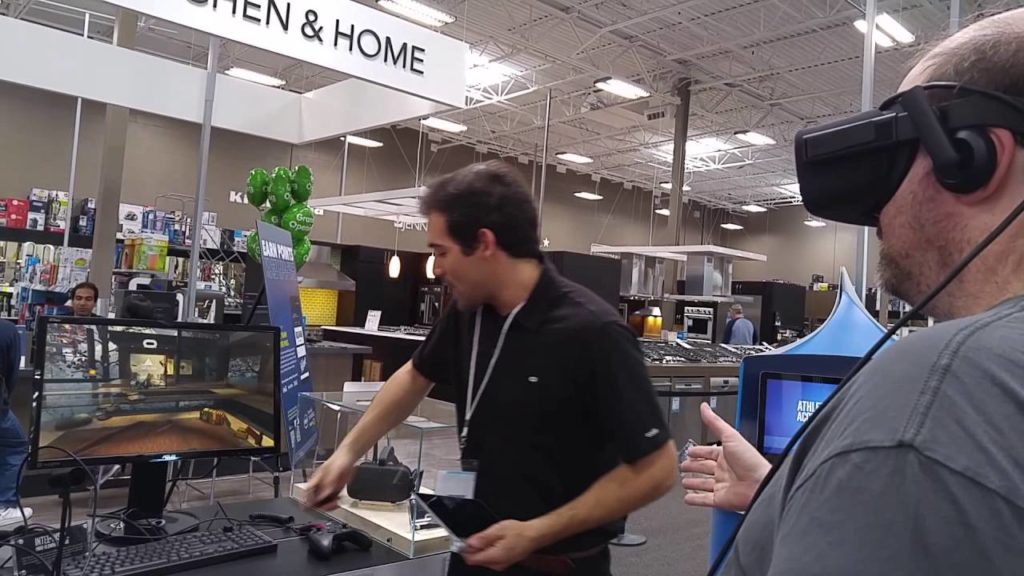 Interest in the Oculus Rift demo station have decreased

Oculus setup these demos in partnership with Best Buy not to sell the headsets but to increase awareness around VR. Business Insider cites a source familiar with Facebook on how Oculus even tossed around the idea of their own store fronts for sales and demos. Either way, getting customers to try the Rift on in public can be a tremendous task. We all look like goofs dodging gunfire and looking around the virtual worlds, and doing that in the middle of Best Buy isn’t something everyone wants to do.

The Oculus Rift is a niche product starting at $599 for the headset, another $199 for the touch controllers, and another $800 or more for the desktop computer. A lot of money for a regular customer shopping at Best Buy. There is a bright side to these closures. It’s common for Best Buy to shutter some pop-up displays after the holiday rush. It’s also easier to find VR arcades or friends with VR headsets, making demo stations less attractive. We could also see these Rift demos come back for the holiday season this year.

Have you tried the Oculus Rift demo at your local Best Buy? If not, we’d recommend jumping over before they take the ones close to you down.