LG is back to teasing their upcoming flagship phone, the LG G6. It’s no surprise the phone would be named the G6, but they had to reassure any detractors. LG is also hitting it home their latest flagship will have a “Big Screen That Fits,” with marketing material that shows a phone without any bezels. 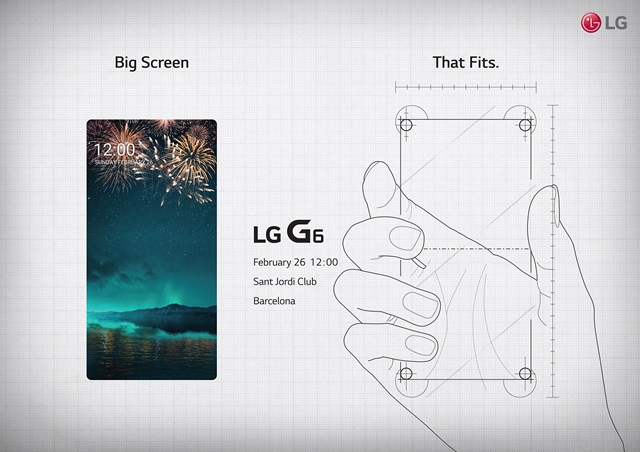 LG G6 is going to be bezel-free

LG naming the phone the G6 is a no-brainer, but this is the first the Koren company has confirmed the name. If the teaser image is realistic, we’ll have a 100% bezel free phone. More than likely we’ll see a phone with little to no bezel. It’s best to image the Dell XPS infinite screen on the G6.

LG also claims the phone won’t cut into your hand. The phone will fit perfect, but given they cut to no bezels, it’s a claim that’s hard to believe. LG has had a foldable screen we’ve seen at CES and other trade shows, but that hasn’t gone anywhere. A bezel-free phone could mean trouble for people who drop their phones often. While phone glass has gotten more rugged, it’s far from being crack proof.

Tell us your thoughts on the LG G6 rumors and whether you’d like to buy the phone if it is  truly bezel-free phone!