Oculus finally announced Oculus Touch, their touch controllers, will ship December 6th for $199. The preorders start on Oct 10th, and a bundle with the headset and touch controllers will ship for $798. The high price was leaked a few weeks back, so we were slightly prepared, but many fans are still stunned Oculus went with such a steep price.

Based on personal experience, using the touch controllers bring together the entire VR experience. The controllers make it feel like you’re moving around in the VR world, instead of using the Xbox controller Oculus had shipped with. To put the cherry on top, Oculus is adding support for room-scale VR, but only if you buy another sensor for $79. HTC Vive already ships with touch controllers, and room-scale VR is available from the initial set up. 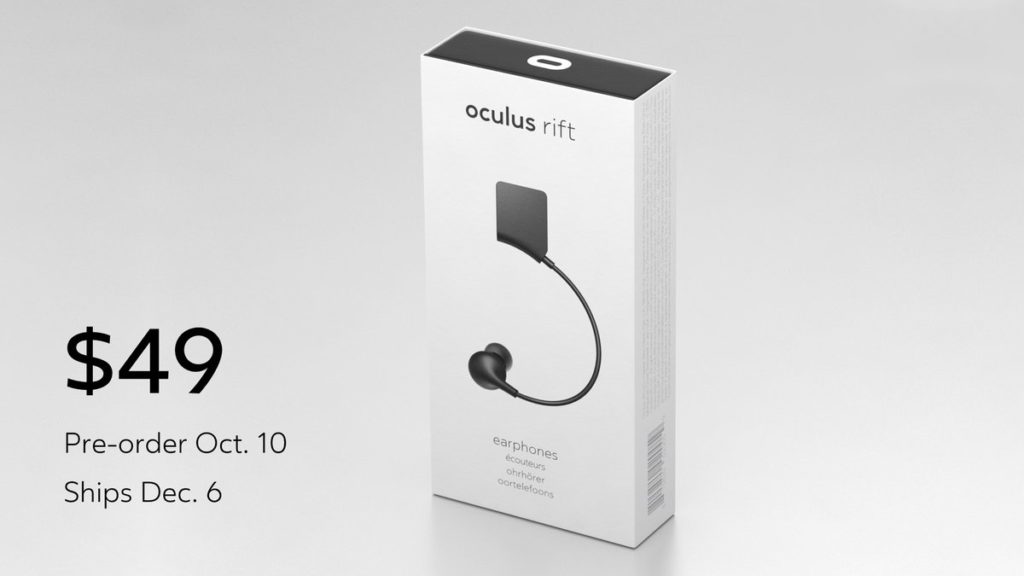 Oculus also announced you’d be able to replace the built-in headphones with earbuds that only cost $49. While you’ve been able to replace Oculus’ built in headphones, you’ve had to use third party options with a little fiddling to get everything to fit right.

Overall, it feels like Oculus is playing catch up with the HTC Vive. Whether spending the extra money is worth it is up for debate. Personally, I love the touch controllers and room-scale VR, but to save money and still play VR games I’d opt for none of those auxiliary devices and features.

Tell us in the comments below if you agree with the price, or if you’d rather play VR on a budget.