The social media platform Snapchat is a huge hit among the younger generation, who always seem to post selfies with the puppy-face filter. With over 70% of today’s smartphone users on the platform, the older generation is starting to make their move. According to the Wall Street Journal, 14 percent of United States smartphone users aged 35 and older are on Snapchat. According to the statistics, that’s an increase of 2% from the last year.

But Snapchat may not always be for the younger generation. Just like we saw how Facebook was geared to the younger generation when it first launched, today that just isn’t the case anymore. Today Snapchat introduced Memories, which you’ll be able to see what it’s about further in this article. But what is Snapchat and why do we even care about our grandparents using it.

Snapchat is a unique social media platform. Becoming popular over the years, Snapchat has stood it’s ground among other social media giants like Instagram and Facebook. It’s not at all comparable, though. Snapchat is a photo-based platform, like Instagram, it allows users to take pictures and short 10-second videos. From there you can add different filters, and send them directly to your friends or post them to your story. It’s a refreshing way to interact with your buddies, but it isn’t like Facebook or Instagram because you interact with every follower. 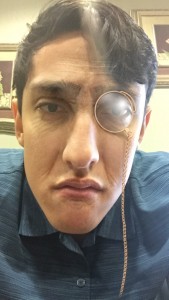 Oh, the beloved dog face filter, or even the flower crown. Most of the time I sit on Snapchat trying out different filters and then trying to think of funny ways to put something on my story. Snapchat has plenty of filters like different shades of color to give your photos and videos a different look. But Snapchat’s video feature is where it’s at.

With video, you have the option to scan your’s and other people’s faces and apply different “live” filters that do different things. One of the popular ones among teenage girls around the globe is the dog face filter. If you hold down the screen to scan your face, you can have dog ears and nose. The unique part is when you open your mouth like most of Snapchat’s prompted filters ask you to do. Then the dog’s mouth opens with a long tongue that licks the air. Magical right? I always find myself sitting at breakfast with my brothers and having fun while messing around with the Snapchat filters. And if you aren’t on Snapchat already, you should. It’s super user-friendly, and what’s awesome is you can add us on snap @ DigitalBounds.

Your story. It’s kind of like your profile for a mere 24 hours until everything disappears. Just like other snaps, you’re restricted to a certain time limit before the photo or video disappears. And when you post something to your story, all of your followers/friends have the option to see it. But just for 24 hours. You can add as many snaps as you want to your story, so all of your friends can know what you are up to. You can view snapchat stories for up to 24 hours. After that, what’s gone is gone.

The coolest Snapchat features in my opinion. The ability to only let your users see your Snaps for no more than 10 seconds helps you to focus and live in the moment. You have the option to replay a snap again, only right after it’s opened, though. As we discussed, your story is only visible for 24 hours. Your snaps can vary from 1-10 second photos or 10-second videos. From there if a user opens up your photo, after it’s gone they have the option to replay the snap, but you’re only allowed to replay one single snap a day. After that, Snapchat gives you the opportunity to buy more replays.

Snapchat has been geared towards users sharing glimpses of their lives that they wouldn’t feel comfortable sharing elsewhere. With social media platforms like Twitter and Facebook, when a user posts something it’s there for good. Even if it were deleted, it would still be archived. That was Snapchat’s biggest challenge when it comes to memories. They wanted a place where different occasions are stored so you can look back on them, as well as show friends and family. Memories do just that, when you record or take a photo, save it just as you would to your camera roll. It’s then saved to your memories in the app, which you can search for that moment when you want to bring it up.

Memories also have a neat feature that lets you move it to “My Eyes Only” for those more personal moments. It’s a bit different with more features than Apple stock camera roll.

If you slide down to your profile, you’ll see various things like your snap code, adding and finding friends, and your settings. But if you look in the top middle section of your screen you’ll find a small trophy icon. Those are “Snapchat Trophies”. Pretty sweet huh? In correlation with your Snapchat score, you can do different things in the app to get certain emojis/trophies, iIncreasing your Snapchat score. There is one page where you can unlock all of the trophies for different functions. Beyond that, there are different levels for certain trophies. For example, the loop/retweet emoji has three different levels and is earned by flipping the camera once in a video snap. Sorry for the spoiler alert.

Achievements are fun, and that’s what the name of the game is. I think that’s why Snapchat is so successful right now. Their platform is fun and exciting to use, and they are keeping their users engaged. I highly recommend you hop on the Snapchat train and have some fun.

Snapchat from a Bussiness Perspective

Snapchat, In the recent months, has become a very popular means of marketing and outreach. If you look at Garyvee, he is always on Snapchat. He mentions it often to his fans if they are seeking to gain a following, start on Snapchat. The organic traffic that comes from Snapchat is incredible. It becomes a habit to get on the platform and look at updates to your friend’s stories. A majority of Influencers are on Snapchat right now. Snapchat has over 100 million daily users, and 60% of those users contribute content. That’s insane. As well as 9,000 snaps per second. If that isn’t crazy for a social media platform that’s based on photos and videos. I don’t know what is.

Why Snapchat Could Give You a Boost on Social Media

A lot of influencers such as Youtube, Social Media Gurus, and Public figures are on Snapchat. We have Snapchatters like Garyvee, and recently, Michelle Obama joined the club. Public figures and brands that are on Snapchat are doing it right. As a fan of some brand or public figure, I like to see the personal side of them or Behind The Scenes. It’s easy to put up your best photos on Instagram or make great videos for Youtube.

Sponsored stories is another form of revenue for Snapchat. They show up once in a blue moon, and they don’t ruin the user-experience. Sponsored stories are shown when a user is clicking/swiping through their stories. Randomly appearing in the set of stories you will have a sponsored one. Whether that’s brands like ESPN or Mountain Dew, it shows that Snapchat marketing works. Pretty sweet for brands and influencers.

Discovery pages are an outlet for brands to pay Snapchat so they can have a unique, interactive Snapchat story. It’s not like your typical Snapchat story with clicks and swipes. Discovery pages let you swipe, interact, and watch videos in a fresh format. If marketed right the turnout could be fantastic. The page isn’t littered with tens of thousands of brands trying to get your attention. In fact not even one hundred for that matter. There are 21 discovery stories currently. That number fluctuates based on some live events going on around the world. So if you are ever just relaxing and want something to do, head over to the discovery page. I haven’t been disappointed yet. 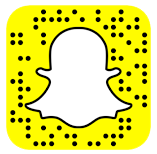 Snapcodes. They’re fun. Snapcodes are a custom QR code that friends can scan to add you. You can share it on social media, so people follow you. Change it up by adding multiple photos that play in a gif sequence to spice up your code. It’s pretty effortless for users to add. All you have to do is open Snapchat and point your camera at the code. Super simple and a smart move on Snapchat’s part.

At the time of this article, 4th of July was just a couple of days ago. They had an excellent live story on Snapchat. Like other live stories, users have the option to post their snaps to the story. And If you make it on there, you may be instantly famous. Besides the 4th of July, we saw the Olympic trials for swimming, and I’m sure we will see the Olympics, all on Snapchat. It’s crazy to think of all these avenues on such you social media platform.

Snapchat is a growing social media platform making a name for itself and with the new addition of Memories, A lot more users will be using Snapchat as their new camera roll. It’s great to see such a young platform thrive on engaging brands and users with such organic traffic. Every time I open Snapchat I go straight to my friend’s stories to see what they’re up to. If you are on Snapchat, let us know by following us @ DigitalBounds! We’d love to snap back and see what your up too.

What do you guys think about Snapchat? Are you currently on the platform? Let us know in the comments below!