Alexa is learning new tricks every day, and Amazon has encouraged this with hackathons and prizes for new and innovative voice commands. The Echo has become the hub for controlling the smart home with commands to turn lights off and on, change the temperature on the Nest, and some limited controls locking smart enabled locks. Alexa isn’t limited to controlling the smart home. She’s able to play music directly from Spotify without a phone connected. 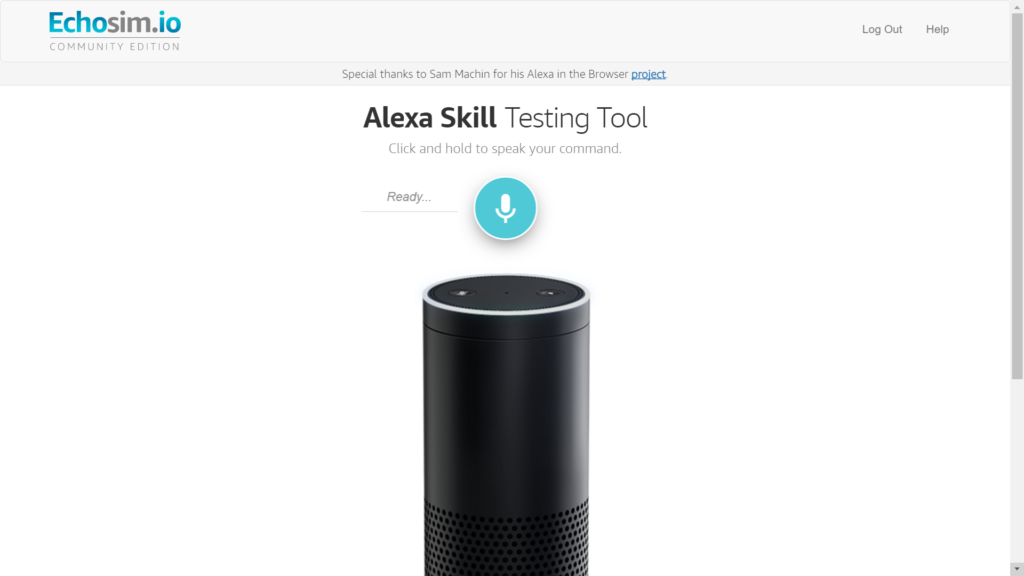 Echosim.io works not only in your desktop browser but in select mobile browsers too. It relies on WebRTC, which means Chrome (on Android, Linux, OS X, and Windows), Firefox, and Opera, are all supported.

While Alexa is commonly related to the Echo, she is being added to other devices. It’s rumored Amazon is working on an Alexa enabled tablet, codenamed “Knight,” but there isn’t a lot around the rumor concerning price or release date. Alexa is also in some other Amazon products include FireTV, Tap mobile speaker, and many third party speakers. I would love to have Alexa added to an in-car dash because she’s one of the few voice assistants who don’t need you to verify commands on the screen.

Where ever you use the testing tool, you’ll need an Amazon account to log in with first. If you have a work-in-progress Alexa skill you want to test, make sure to log in with the relevant developer account. To ask Alexa any command you’ll need to press and hold the mic button, so you don’t get to use Alexa’s hot word feature without buying some hardware.

If you don’t have an Echo, and you’ve been on the edge – trying out, Alexa will surely change your mind. If you’re a developer, this tool makes it easier to develop and not have an Alexa with you at all times. Tell us in the comments below if you have an Echo, Echo Dot, Amazon Tap or another Alexa enabled device.