Snapchat Spectacles launched a little over a year ago, but overall they failed to take off. There were reports that Snapchat still had a ton in stock. Instead of leaving the sunglasses behind and moving on, Snapchat is introducing Spectacles V2 with some updates. The new sunglasses look better, do cost more, but offer more features. Compared to the previous pair, it seems like a complete vision for the smart glasses of the future.

Snapchat Spectacles V2 might have more potential than the first pair, but they still only work with one app; Snapchat. The sunglasses are for die-hard Snapchat fans, which are less and less frequent.  The first version had a lot of buzz around the sunglasses plus the smart marketing campaign of Snap Bots popping up randomly across the U.S. The second version doesn’t have as much buzz, but it make’s a lot of technical refinements. We will see if the technical polishes make the product anymore successful. 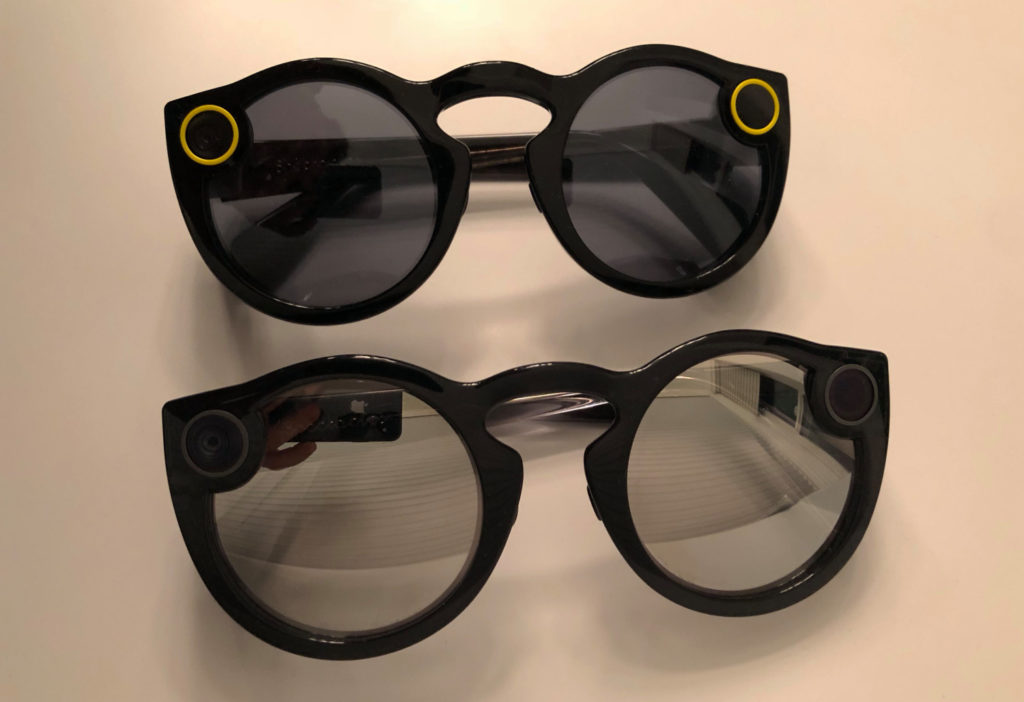 The new Spectacles V2 look similar to the first version, but the style is slightly different. The round lenses are more prominent, and the camera isn’t outlined with a yellow circle. Now the cameras are somewhat hidden in the frame, but still visible when taking a photo or video. There are three new colors: Ruby, Onyx, Sapphire. Each color frame has two options for lenses; one dark option and one lighter option. Spectacles also come with the opportunity for prescription lenses. The glasses are water resistance, so a slash in the pool won’t ruin them, but I wouldn’t recommend going swimming with them on your face.

Snapchat made some improvements with the transfer of HD video and added the ability to take photos with the Spectacles. V2 offers the same round video and pictures that only work inside of Snapchat. Here is the full rundown of both the Spectacles V1 and V2.

Are they worth it?

If you are a die-hard Snapchat fan, then yes. If you use Snapchat on an occasional basis, this might help you to share more often. Now, if you only use Instagram Stories, these sunglasses aren’t for you. Snapchat is hoping more people by the glasses and start sharing more often. The higher price is a turn off for many of the young teen and pre-teen audience of Snapchat, but the new color options and added water resistance will make it an easier sell to parents.

The more effortless syncing and ability to take photos make the Spectacles V2 more appealing overall. The small charging case and faster memories transfers are also an added bonus. All-in-all, Spectacles  V2 is an incremental update. If you have the first version of the sunglasses, there isn’t anything groundbreakingly different.

I am going to pass on these sunglasses as my first pair of Spectacles still go unused. Let me know in the comments below if you’re going to buy the Spectacles V2!