Nintendo isn’t known to follow trends or do things anyone’s asking for, and Nintendo isn’t changing their ways. The latest innovation from the company behind the Wii, Wii U, 3DS, is an interactive game called Nintendo Labo. The nifty game is a series of cardboard cutouts, called Toy-Cons, that piece together to form everything from a robot to motorcycle handlebars. The Switch console and Joy-Cons will slide into the Toy-Con to become an interactive controller. It’s Nintendo’s modern take on releasing dozens of different controllers from a fishing rod to piano.

We’ve compiled everything we know about the Nintendo Labo kits from pricing, release date, everything inside the boxes, and everything else we know!

The Labo current’ly only offers two kits: Labo Variety kit and the Labo Robot Kit. Each offers a unique set of Toy-Con’s and accompanying games. The Variety kit is $69.99, and the Robot kit is $79.99. The games included everything to build the cardboard Toy-Cons and game cartridges to play the games. At $69.99 and $79.99, they’re reasonably priced, considering most retail games are $59.99. 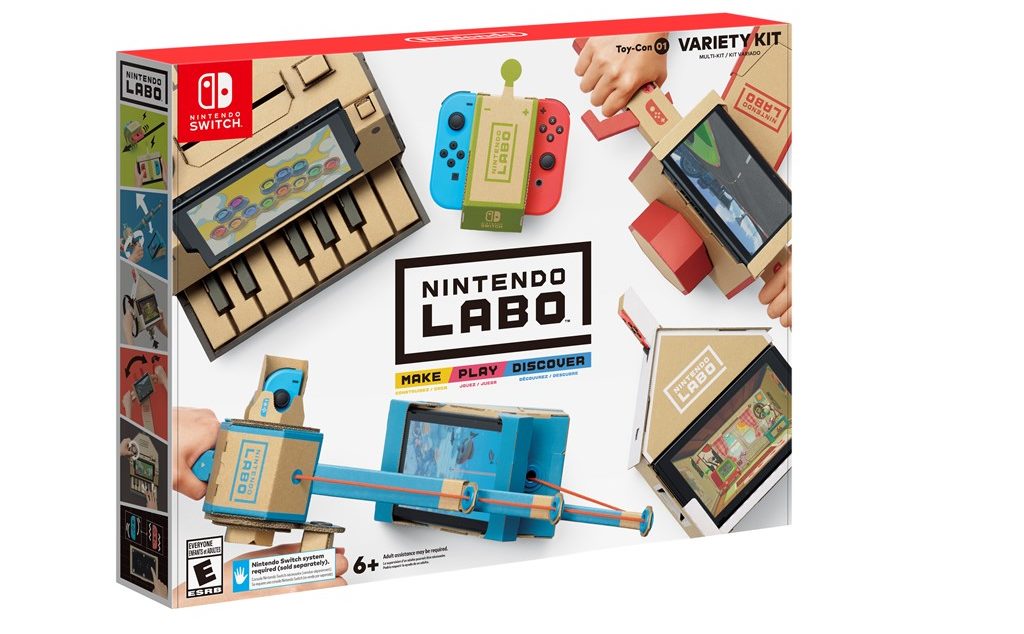 The Variety Kit is the Toy-Con 01. In this kit, you can make the Toy-Con RC Car, Toy-Con Fishing Rod, Toy-Con House, Toy-Con Motorbike and Toy-Con Piano. The Joy-Con’s will insert into the newly constructed Toy-Con controlling different aspects of the included game. In the fishing rod mode, you’ll be able to cast the rod, attempt to catch one of the exotic fishes on the screen and fight those fish on the hook by reeling in quicker and pulling up on the rod.

Each Toy-Con in the Variety kit comes with its cardboard to build the Toy-Con and the accompanying game. 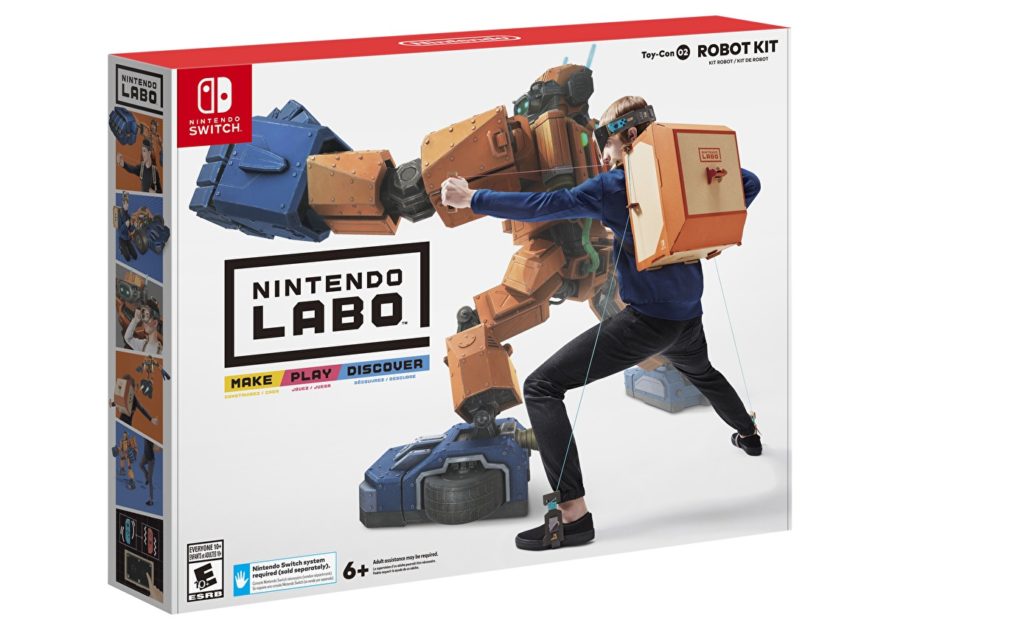 The Robot kit seems like one of the more interactive and objectively more fun Toy-Con kits. The package creates a wearable robot suit.  Insert the Joy-Con into the slots on the backpack and visor to assume control of your new robot. The game will play when the Switch console is docked, which includes robot mode which lets you destroy buildings and UFOs.

Nintendo will release the Labo kits on April 20th, 2018. You can preorder the kits on Amazon now to get them shipped to you on the release date. Nintendo is planning on releasing more Labo kits in the future with different games and different cardboard Toy-Cons.

The Nintendo Labo kits are fun and unique. In the past, Nintendo just launched different controllers from guns to steering wheels to use with the Nintendo controllers and console. Now the Labo project will make the games more interactive. Parents who want their kids to have more real world interactives will surely buy these games. I know I’m going to jump on the Robot Toy-Con 02, because who doesn’t want to wear a robot suit?

It’s unclear how durable the cardboard is, nor how easy it will be to replace little parts. Nintendo will likely sell different pieces online to replace broken or damaged cardboard, or maybe you can cut your cardboard. I’m eager to give the kits a whirl!

Let me know what you think about the Nintendo Labo. Are you going to preorder them or would you rather play Zelda