Raven is a high-end dashcam with added features meant to deter theft but also keep you safe while driving. While most cars off the lot today have Android Auto

or Car Play, they’re still lightyears away from what Raven can offer. The dashcam connects to the vehicles ODB-II

to not only power the device but also to pull diagnostic and car data. It’s impressive that the ODB connections able to charge the device, but with the advanced power saving modes, you’re able to monitor the car even at night while it’s off.

On the dashcam, there’s a forward-facing camera to watch and record the road in case of an accident. That forward camera captures everything with its 140-degree lens, and stores it on the 16GB of internal storage which can expand with a micro-sd card, up to 256GB. The rear camera can record your drive or if you’re an Uber/Lyft driver your trips. The rear camera doubles as a way to control the Raven with hand gestures. 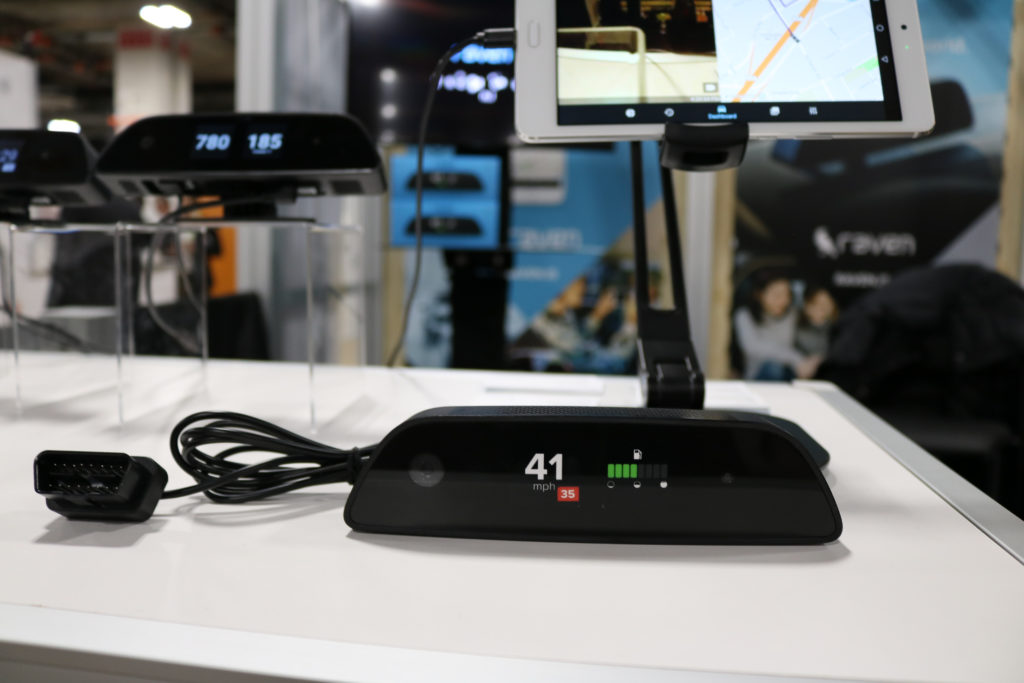 Raven connects your car to the internet

Raven includes GPS, air pressure sensors, microphones, and 4G LTE through T-Mobile. The 4G connect let’s anyone drop into a drive. At CES, the founder and CEO dropped into his wife’s trip to show where she was and how the kids were doing. The feature is perfect for parents watching in on their teenage kids or the over concerned wife or husband.

The Raven will retail for $299 but if you preorder it’s only $269. The device is expected to ship by February of 2018, just a couple weeks away! Raven is one of the more exciting dashcams, smart car devices at CES. The device doesn’t include Alexa

or Google Assistant, which would be extremely helpful with directions or barking commands.

Let me know what you think about the device in the comments below! Are you going to preorder the gadget or are you eyeing another smart car device?