If you own an Apple Watch, you know how fragile it is, but there are cases for the watch. While the Apple has a sapphire glass that’s stronger than the glass on our phones, it can still break. There are also cases when you’d want to use your Apple Watch in water deeper in 50m. Luckily, the Catalyst Apple Watch Case is a super durable, military-grade watch case.

. The case claims water resistance to 330 feet (100 meters), and drop resistance to 6.6 ft (2 meters). Even though the case is bulky and sometimes unwieldy, it still lets you access the digital crown, and the button, plus the heart rate sensor is always functional.

Lets dive into if the Catalyst Apple Watch case is worth the $60!

The watch case is super durable as it encompasses the entire watch inside of a hard plastic case. The case also has a lip around the screen to prevent accidentally hitting the face of the watch against a hard surface. The band on the watch isn’t an Apple Watch style band but rather a standard watch band which could come in handy if the silicon band were to rip down the road. 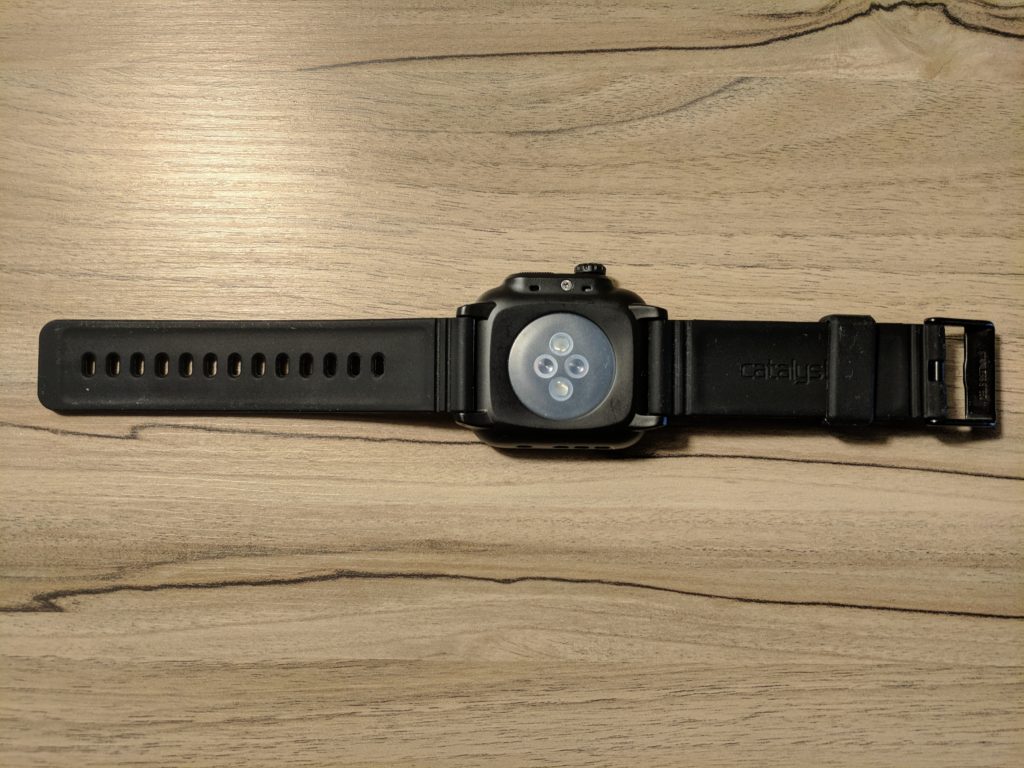 Overall the watch functions entirely with a few caveats. The first caveat being that the crown is a little stiff which could end up getting looser the longer you use it but out of the box it can be difficult to turn. The second is that the band only has one loop to run the strap through, most bands would include 2, and I find myself constantly adjusting it so that it doesn’t sag.

The watch comes with a silicon wrap you put on before attaching the case; this helps with the water resistance functionality. This wrap goes over the heart rate monitor/charging area but is still fully functional while this is present.

On Amazon, the case is $59.99 and comes with colors like stealth black, rescue ranger, and pop green. At $60, no other case can compare based on the protection it offers. No other case offers the same protection. Other cases just provide bump protection, while the Catalyst one protects every corner of the watch.

The watch isn’t for everyday use but is great for going out on an adventure. If you are planning to go scuba diving or rock climbing this case will protect your watch from anything you can throw at it.  You could wear this every day, but I find it too bulky to wear it on a daily basis. I’d rather have a stylish look while at work or going out on the weekend. The Catalyst Apple Watch case, however, isn’t easy to put on. The screw makes it a pain if you’re taking the case off somewhere other than home.

I’d still recommend the case to anyone who’s prone to abusing their watch or is going on an adventure. If you can overlook the extra step on the install, then you’ll be fine!

Let me know what you think about the case. Do you think that the Catalyst Apple Watch case is worth the $60, or do you believe another case is better?