Fidget spinners were a prominent trend in 2017, but they’ve fallen off in recent weeks. One Indiegogo isn’t letting that stop them from making a fidget spinner phone case. The Ludicase is more than just a fidget spinner case; it’s more like a fidget spinner cube with buttons and parts to spin. The Indiegogo raised over $15,000, well above their original funding goal.  Now they’re starting to go on sale for everyone. They’re going to sell from a series of online stores, but it’s not clear what partner they’re working with.

Ludicase is one of the coolest cases at CES. No other case is trying to help you stay stress-free and have a little fun. There is the fidget spinner, a couple of buttons to click, a fantastic touch area, and some slippery spheres. Beyond the fun buttons and spinners, the case protects from falls and drops. It’ll absorb and prevent screen breaks or cracks. 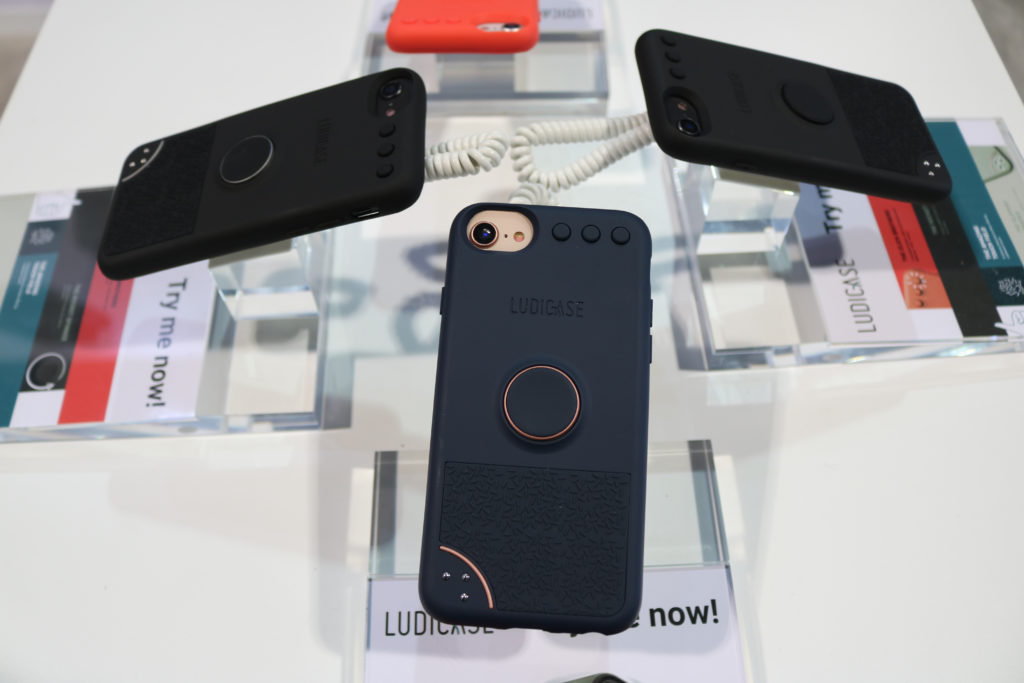 Ludicase includes a fidget spinner on your phone case

If you’re ever restless or gotten easily bored, the Ludicase might fit your needs.  Once on sale, the case will cost $22 which is much less than other, much more plain cases. Feeling the case on the show floor, it felt sturdy and like a high quality $100 case. While it’s slightly bulky, it’s still thinner than other options on the market. AT 13mm thick it’s not going to create too much bulk in your purse or wallet.

While the case doesn’t appeal to me, it stood out amongst the gadgets and gadget accessories at CES. No other case took a fun and goofy take on protecting your phone, nor did I think a case could look so stylish. There’s even an app to help you track the phones spins, and keep you entertained for hours. Not only that, the app comes with custom wallpapers to match your case.

Let me know what you think about the Ludicase in the comments below!