Heatworks makes a tankless water heater with proprietary Ohmic Array technology, that doesn’t work like traditional heating coils.  This means the coil won’t corrode or pollute the water, plus the Ohmic Array is more efficient. Heatwork’s is using the same technology with a new gadget. In partnership with Frog Design, Heatworks built tabletop dishware called Tetra.

The Tetra can fit on your kitchen countertop, doesn’t need a direct plumbing connection, plus you’re able to control it through your phone. The Tetra isn’t available yet, but Heatworks and Frog design hope to ship later this year. The countertop dishwasher will cost $299. At $299 it’s a little steep, but if your in a small apartment or a tiny home you can still have a luxury usually enjoyed by anyone living in the suburbs. 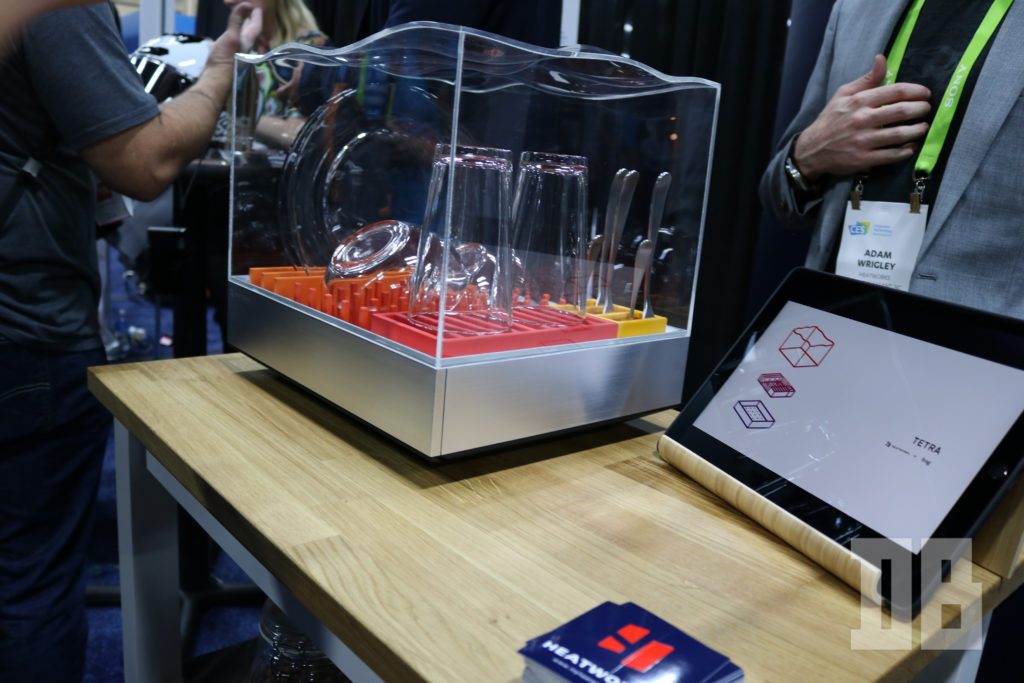 While the dishwasher isn’t for everyone, it does fit a particular need. Anyone living in New York, living in a “tiny home,” or living in a space-constrained city would want this dishwasher. At $299 it’s cheaper than most traditional washers, which cost anywhere from $300 to $1,000. The plus to the Tetra is the dishwasher can double as a way to sous vide fish.

Now I live in a larger home that has a dishwasher, but I’m still drawn to the Tetra. The idea that this goes on the countertop and only uses a glass of water to wash dishes. Not only that, there’s no need for extra pumping and it’s beautifully designed. It’s also relatively inexpensive for a kitchen appliance.

Let me know what you think about Heatwork’s Tetra dishwasher in the comments below! Maybe you live in a crowded city and this would appeal to you?