2017 was a big year for video games with Zelda: Breath of the Wild, Super Mario Odyssey, and Destiny 2 all making a splash. Despite those AAA titles, PlayerUnknown’s Battlegrounds, better known as PUBG, took the world by storm. It’s become one of the most played and talked about games to date. Despite all the attention and millions of players on the PC, the game is only in beta. While still being a beta on the PC, the developers partnered with Microsoft to port the game over to the Xbox One.

On the Xbox, the game is in early access. Still millions have dished out $30 to play the game that’s defined the battle royal space. Even with Microsoft’s support, the game is still early in its development. There are bugs, glitches, and lag around every corner. I’ve been frustrated with the game numerous times, but I’ve always pushed past problems to play. I even went as far as convincing my close friends to download the game so we could play in a big squad.

Reviewing a game that’s so buggy and in early development isn’t an easy task. Add in all the hype in the game; it’s a mounting task. Still, through all the bugs, players continue to play hundreds of hours. PUBG has shined through all the problems to top the most concurrent player’s chart on Steam and is one of the most streamed games on Twitch. 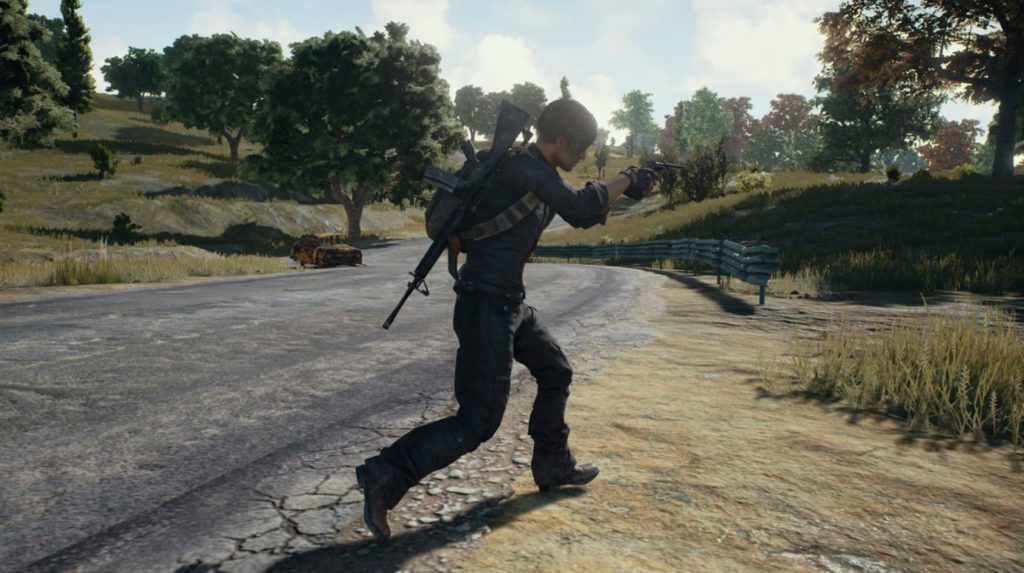 The idea of PUBG is simple; you parachute into a massive world with a hundred other players. Once on the ground, you’re tasked with finding weapons, ammo, gear, and transportation. To keep the action alive, the game has player areas that get smaller as time goes on. The last player alive wins. Simple, but one of the more fun games I’ve played.

It’s slower gameplay where you’re continually looking for the best gear or another player. I’ve gotten down the last 5 or 6 players without seeing anyone until the play area got super small. The weapons, equipment, and ammo are hidden in buildings across the map, and vehicles from jeeps to motorcycles are hidden on roadsides or in garages.

It’s an addicting game that doesn’t have the traditional progression systems. There are not ways to upgrade scopes or guns before you jump into the game. Everything you find is based on luck. You’re only able to customize your characters outfit, which has no bearing on the success during the game.

The controls feel a lot like they’re made for the PC, and the developer just mapped the controls to an Xbox controller. I had the hardest time figuring out how to load and reload my gun. Hint, you have to press and hold X. I tried to push X, but I always figured I didn’t have the right ammo until I looked up how to reload. Now, I know I sound dumb, but others have had the same complaint as me.

There are hundreds, if not, thousands of bugs in the game. I’ve experienced lag in almost every game, no matter how good my internet is. I’ve had issues with guns not working, cars falling apart, and being kicked out of games randomly. Matchmaking works reasonably quickly and well, at least compared to the mess of Rainbow Six Siege.

You will experience lag when more than a handful of players enter one area and when you first drop into the game. On occasion stuff doesn’t work; doors won’t open, you won’t be able to pick up the gear, and the game will crash on the Xbox.

Being an early access game, you’re helping the developer see how the game performs in the real world. As a perk, you get the game at a discount before it’s officially launched. Currently, PUBG is only $30. You can download the game from the Xbox store or buy a physical copy from Amazon. Once PUBG is no longer in early release, you can expect the game to cost $60.

If you’re willing to play through the bugs, you could get the game at a much lower price. If you wait, you may end up paying a premium. 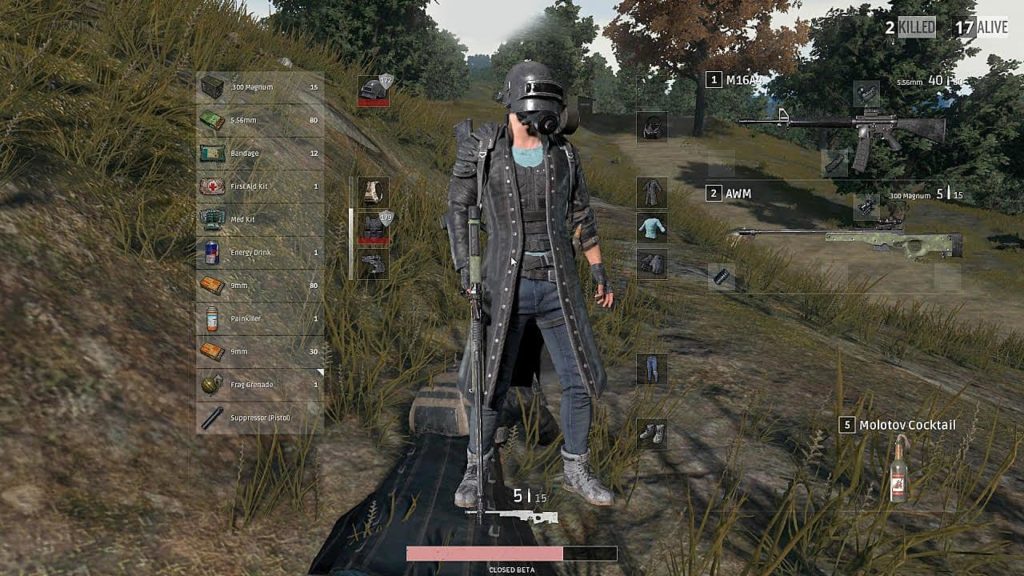 PUBG is still in early access. The developers are working on both the PC and Xbox version at the same time. The Xbox version is behind on updates and will get new maps and other features later than the PC version. The PC version hit 1.0, something many early access games don’t ever achieve. It shows that the developers are working quickly fix the bugs and lag on both versions.

On the Xbox, Microsoft is working with the team to optimize the game for the Xbox One S and X. Microsoft is even bundling the game with the Xbox One X, giving PUBG a lot more exposure. This exposure means the developers will focus on the Xbox version just as much as they do on the PC version.

The Xbox version of PUBG is welcomed, and something that generally doesn’t happen so early in a games development. The early life of the game means there are a ton of bugs and lag is commonplace in the game. Still, the simple, hunger games style gameplay is addictive. It’s a new 9-month-old game that defined the battle royale genre. Plus the $30 price is a great impulse buy on Amazon. The bugs and lag do take away from the game, but once you get around that, you’ll never want to stop playing.

Let me know what you think about PUBG on the Xbox. Have you bought the game or have you been waiting for some of the more prominent issues to be fixed?