I remember Firefox being a go-to browser in the early days of the internet. While I was growing up, I’d log into IRC, boot up Firefox, and explore the first communities on the internet. Since then, I’ve switched to Chrome and Slack but continue to be involved in small, niche communities. I moved away from Firefox around 2009, for so many reasons. A lot of them revolved around how fast Chrome was and how you didn’t need to restart the browser to install a new extension! Now I’ve tried other browsers including Opera, Vivaldi, Edge, and others. One way or another I’ve always made my way back to Chrome, whether it was for extension support or a service that needed a Chrome-specific API.

Firefox Quantum is a rebooted version of the aging Firefox browser. Mozilla ripped out the old rendering engine and replaced it with a new, speedier engine. Quantum is also privacy-focused, a feature Mozilla touts over Chrome. 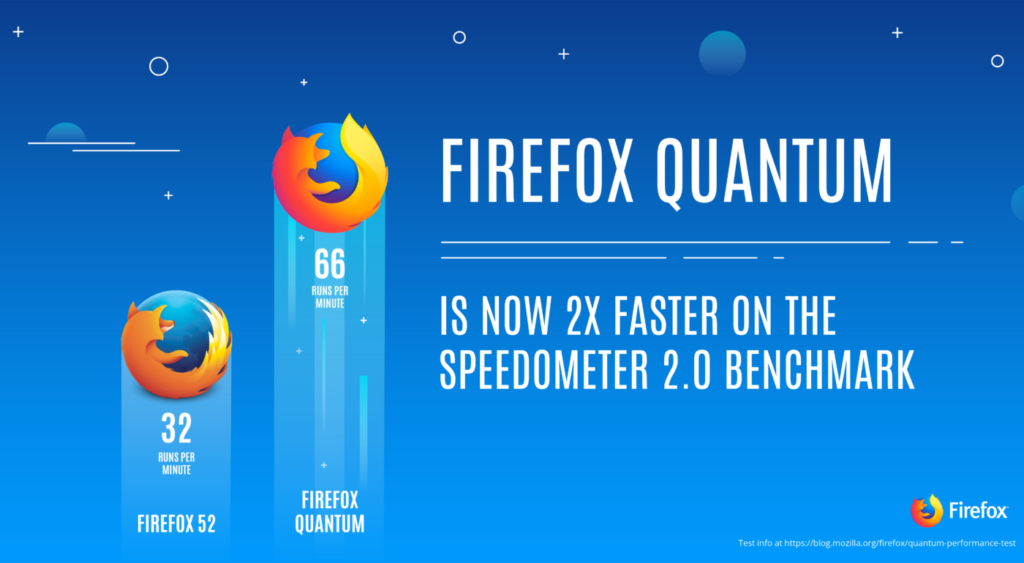 What’s impressive is how noticeably better Quantum is. It consumes less RAM and doesn’t spin up the CPU as often as Chrome. With Quantum only lightly using RAM and CPU it makes you questions why Chrome cannot slim down. Chrome’s CPU and RAM over usage have become a battery drain and overall pain in the butt for many users. The problems Chrome’s experiencing are all the same problems Firefox started to have in early 2008, just as Chrome launched. Now Firefox Quantum could help Firefox regain some market from over the 50% of internet users that choose Chrome.

I’ve been using Quantum for a couple of days now, and I’m surprised how fast and easy the browser is to use. I didn’t think I’d enjoy using Firefox again, but I do. The browser supports all the Webkit, Chrome extensions, which makes switch comfortable and less stressful. The most useful feature so far is the ability to split your workflow up into multiple profiles.  A single window can be a work-related account with one set of accounts sign in with another window being a personal space with personal accounts signed in.

Quantum is an impressive response to Chrome’s overwhelming dominance and recent memory hogging. Whether users notice how much faster and more efficient Firefox is yet to be seen. Even if users don’t take notice, it’ll push the Chrome team to release their fault. At least I hope it will.

Let me know what you think about Firefox Quantum! Take it for a spin for a few days and compare the speed to Chrome.