Imagine this; you walk up to your front door but your hands are full of groceries and your keys are hidden away in a purse or your pocket. You’ll need to drop your groceries and search for your keys to unlock the door. It’s a pain and hassle. With a smart lock and a phone in your pocket you could skip all the hassle of needing to unlock the door. You could walk up with your hands full, your phone would unlock the door, and you can walk in without having to find your keys. That’s the world I’m living in with the August Smart Lock, well sort of.

The August Smart Lock replaces the deadbolt on the back and doesn’t need you to switch out all the locks hardware. What that means is you can use the existing lock, and you will only replace the hardware inside your home. This is perfect for someone who’s renting or in an apartment, as you won’t need to change keys or the exterior hardware. The lock is a great alternative to the Kwikset Kevo smart lock which replaces all the existing lock hardware. 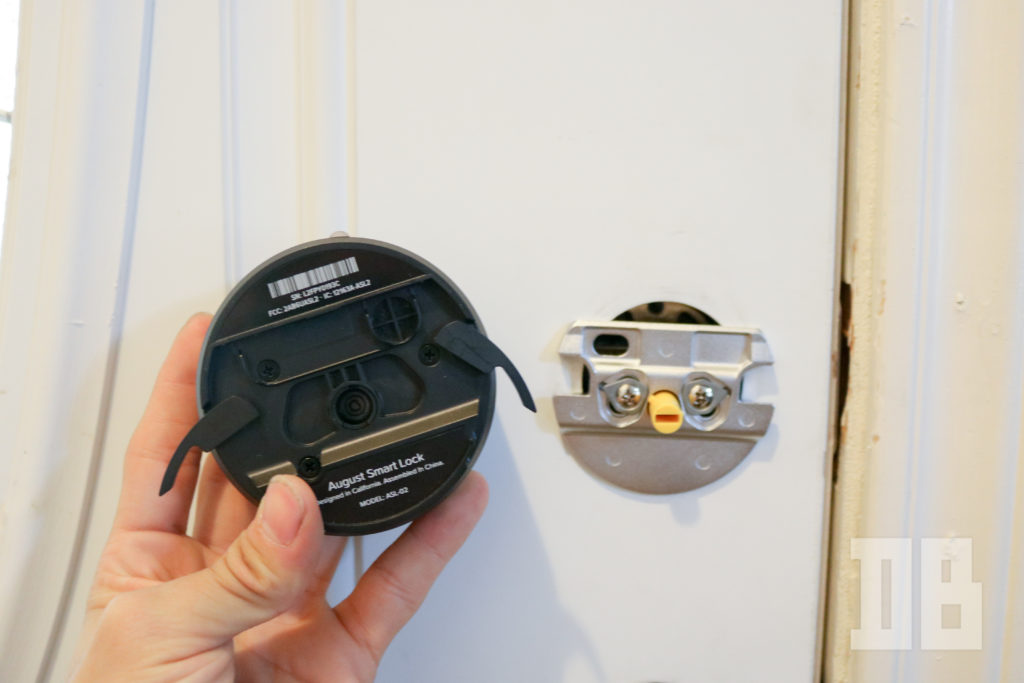 The best part of the August lock is the install. All you need to install the lock is a Phillips screwdriver, and the rest comes in the locks packaging. In the box, you’ll find the tape, fixtures to attach the lock to any deadbolt hardware.

When you start the install, you just remove the old deadbolt part inside the house and leave the rest of the lock alone. You’ll attach the plate and clip the August Smart Lock onto the plate. That’s it. Installing the lock takes a couple of minutes even if you make a mistake. Two AA batteries power the lock, so over time, you’ll need to replace them. To replace them you press on the bottom August logo, and the plate will pop off to expose the batteries.

The scenario I gave in the intro is in a perfect world where your phone knows where you are at all times, and the August quickly unlocks as you walk to the front door. It’s more complex. August uses Bluetooth low energy to connect to your phone, which isn’t as reliable as many would like. The lock also uses your location data to try and detect when you’re leaving your home or returning from a long day at work. When you’re leaving, the lock will allow auto lock, so you know your home’s safe. When you return home, the lock uses your location and Bluetooth low energy to auto unlock, at least it tries. Sometimes the August app doesn’t recognize your home, which means it won’t try to unlock the door. Other times when you’re at home, the August app believes you’re arriving home and will unlock the door unnecessarily.

I’ve turned off the auto unlock for now. I plan on giving it a second try when I can get the Wifi bridge. For now, I use the auto lock features which ensure the doors always locked no matter where I am. I also use the keypad more often than getting my phone out to unlock the door.

The August lock is going to put a hole in your wallet. It’s $199 for the lock, which is a typical starting price. The accessories, somewhat needed for a full experience, cost another $150. You’ll want the keypad and wifi bridge to get the most out of your lock, so honestly, the lock will set you back $450. That’s excessive when compared to other smart locks. It’s also excessive when you think about the problems the lock has connecting to the phone. Now I wouldn’t go back and return my lock, but I would look for a great deal on it! 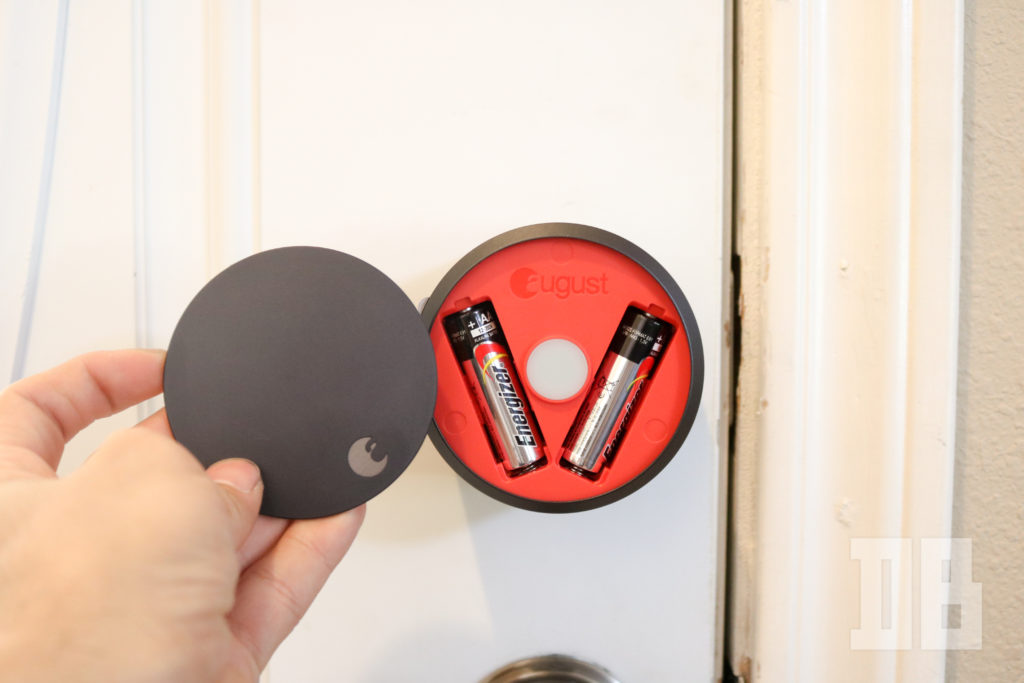 There is a companion app to help you use all the August Smart Lock features. In the app you can set the lock to auto lock, auto unlock, and unlock or lock the smart lock. If you have the wifi bridge you’re able to lock or see the state of the lock from anywhere in the world. The app relies on Google Maps for the location data to help the lock know when you leave or arrive home. While it’s semi-accurate, it’s still not 100% precise. A lot of the errors come from the GPS signal which can report your location within 500 yards, so it’s not August who’s the problem.

If you have the August Doorbell you can use the one app to see who’s ringing the doorbell, give them access inside, or tell them to go away. The keypad lets you grant access to housekeepers, parents, kids, or anyone else who may need to come and go from your home. This is safer than leaving a key hidden under the mat or in a fake rock. You’re able to also see who unlocks the door, what time, and when the door was unlocked again. It’s a great way to monitor who’s coming and going. Overall, the app is an A+ app. It’s better than other smart home gadgets

While the August lock does have some hiccups auto unlocking when you arrive home, it’s still one of the best smart locks. If you do combine the Wifi bridge, keypad and the smart lock you’ll always have a way to unlock your door quickly. If you only buy the August lock you may find yourself stuck outside trying to unlock the door with your phone, or worse, looking through your pockets or purse for your keys. Yes, there are hiccups with the auto unlock and the auto lock but they’re minor annoyances.

For $200 the lock is a tough sell but if you’re set on having a smart home I’d go with the August over other options. I’d also go for the Wifi Bridge and the keypad to get the best experience from August. If you’re anything like me you’ll want control the lock from anywhere and with Google Assistant. I’d also bundle in the video doorbell to have one integrated system, instead of buying a handful of other devices. Adding everything from August together means you’ll spend upwards of $500, so it’s a sizable investment for anyone.

Let me know what you think! Do you have an August smart lock at home that has been a pain or something you’ve come to love?