Twitter’s the platform of live video, breaking news, and connecting with people from across the world. For awhile now Twitter hasn’t seen a path to success. They’ve stagnated with features and struggled to keep some of the oldest users happy. Now, Twitter sees a path to success. They’re going to bet big on live video like the Nike 2 hour marathon or a 24-hour feed of news. With the new found focus, one that makes sense, they’re introducing a slightly refined design of Twitter. If you’re an Android users, you’ll see fewer changes, but if you’re on iOS, you’ll see a handful of updates.

The biggest change for Twitter, at least iOS users, will be the new hamburger side menu. This side menu is where you’ll find your profile, settings, privacy, and other account features. The move allows Twitter to clean up the bottom menu bar, limiting the number of tabs to only 4; timeline, search/explore, notifications, and DMs. In addition to the menu, everyone will see new typography, bolder headlines, and new round avatars. 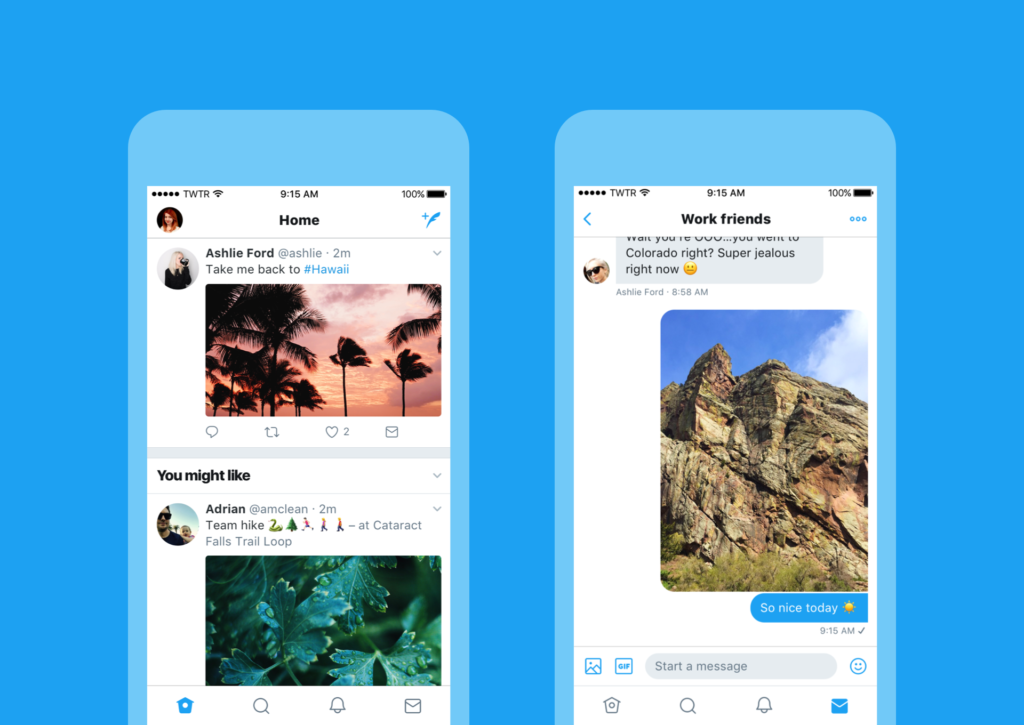 Twitter’s round avatars and cute icons are long overdue

Twitter’s always been playful with their design, but now they’ve embraced it more. The Home is a bird house, they’ve removed the arrow for replies and made it a convo box and added other cute icons throughout the UI. They’ve also started counting favorites, replies, and retweet counts in real-time. Seeing how fast a tweet is going viral is slightly distracting in the timeline but also draws attention to the meanful, viral tweets.

I’m a big fan of Twitter moving to the round avatars. Something about the round design makes the site look cleaner. I’ve also become accustomed to the round avatars on other platforms. Facebook, Linkedin, Nextdoor, and dozens of other social media sites all use circular avatars. Now I can size and align one avatar for all my social accounts; Twitter was always the odd one out.

All of the changes are minor but make Twitter easier to navigate and interact. Some of you may begin to see the changes, but many won’t see them for a couple of days or even weeks. I’ve received the updates before the official update, but I’m on an Android device.

Let me know what you think! What do you make about the changes Twitter is making?