Andy Rubin, the co-founder of Android, announced the long rumored Essential Phone; the Android phone designed and manufactured by his new company, Essential. At first glance, you’ll notice the edge-to-edge display that beats the Galaxy S8 small top bezel. Instead of placing a small bezel at the upper screen for the front camera, ambient light sensor, and speakers for phone calls like Samsung did, Essential opted to have only a small tab cutout for the front facing camera. Beyond the cutout, there is virtually no front bezel.

The Verge calls the small cutout “smart” and “efficient,” but it sounds the opposite to me. There must be a better option of hiding the camera somewhere else. The argument around the cutout is in Android the top slice of the screen is taken up by the notification bar, and the camera won’t interfere or block any of the screen real-estate. While I may think it’s unsightly, Essential must have tried dozens of other ways to hide the camera. They were left with only one choice, the cutout space for the camera. Either way, the phone having virtually no bezel, less than the Galaxy S8, is a feat of its own. I know it may seem like I’m talking in circles, but I see where the phone is taking us. The Galaxy S8 took us a step towards having a piece of glass as our phone and now the Essential phone is taking it a step further.

Beyond the screen, the phone is a flagship with high-end, top of its class phone with all the modern specs. You’ll find a Snapdragon 835, 4GB of RAM, 128GB internal storage, 3040mAh battery, USB-C, and the omission of a headphone jack. The front camera is 8MP which can shoot 4K, and the rear dual camera is a 13MP set that can shoot 4K and has laser autofocus. The storage isn’t expandable, though 128GB should be more than enough for most users. Lastly, the screen is 5.7-inches 2560×1312 with a PPI of 505. 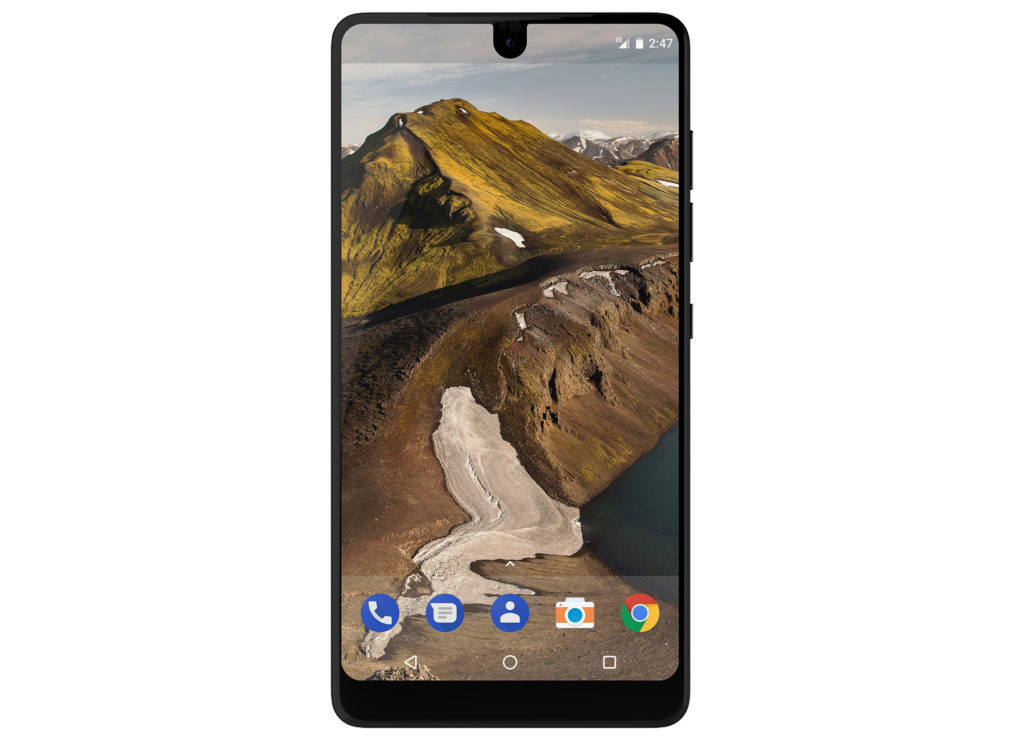 Essential Phone is modular much like the Moto Mods system

On the rear of the phone, two magnetic connectors work to connect the phone to mods that can add functionality or accessories to the phone. As of now, there is a 360-degree camera and a dock that’ll quickly charge the phone. The dock doesn’t use an open wireless charging method, but it’s own proprietary system. Essential like Moto pitches the mods as a way to make the phone last longer than a year when the next big thing comes out. The problem with the mods is they often don’t have app support and aren’t released in enough time to catch on to a new trend. Unless Essential can stay ahead of the curve, the mods are just another gimmick that likely won’t catch on.

There is a lot of discussion on the phone, partly because it’s from the co-founder of Android. There isn’t anything partially groundbreaking about the phone. It takes cues from a handful of other phones and doesn’t introduce any new or innovative features. I thought Mr. Rubin would have an innovative phone that would present a new take on the Android phone.

While the Essential phone is gorgeous with the edge-to-edge, it’s not changing the industry. It’s unlikely Samsung, LG, or the iPhone have anything to worry about. Everyone claiming the Samsung Galaxy S8 is in trouble is over blowing the phone. Yes, Galaxy S8 owners will envy the Essential Phone, they won’t have a lot to of incentive to switch over. I see the phone and the company falling on its face. I liken them to the Nextbit Robin who wanted to change how we use storage, but it didn’t succeed. Bloggers and techies would rave and rant about the phone, but it mostly went unnoticed by consumers.

The Essential Phone is available for reservation, not pre-order yet. You will spend $699 or $749 to get the phone and the 360-camera mod. It’s a pretty penny for a phone, but it’s packed with the latest technology and will latest for at least two years.

What are your thoughts? Let me know if you’re going to buy the phone or opt for Samsung infinite, curved, edge-to-edge display?