It’s rumor season! According to a reliable source, the CAD file which Engadget got a hold of and subsequently turned into a 3D rendering is close to the final version of the iPhone 8.  Those engineering files hint a what the next generation of the iPhone will not only look like but what features the phone will have. Those features include wireless charging, the fingerprint reader on the front, and the camera awkwardly being vertical instead of horizontal.

The one piece we don’t know from the schematics is whether there is a convention screen or an edge-to-edge display. One render from the source shows edge-to-edge glass, but it’s hard to tell if there are bezels.The back panel is carved out which hints at the wireless charging. There is also no cutout for a fingerprint reader on the back, hinting Apple managed to hide the fingerprint under the front panel.

What Engadget claims is the rear of the phone will have glass, something we haven’t seen since the iPhone 4. Undoubtedly these could be fake renders. If Engadget wasn’t 90-percent sure these renders weren’t true then they wouldn’t have published them. 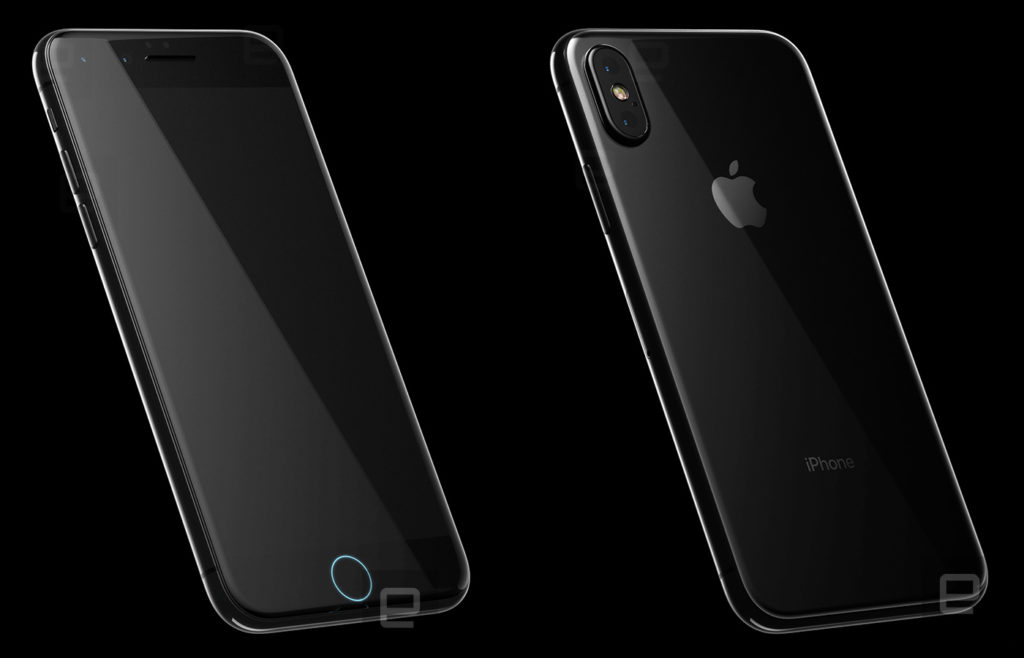 Apple’s next iPhone is the 10th anniversary of the iPhone. Many analysts and investors want Apple to release an innovative, revolutionary phone to compete with the Samsung Galaxy S8. The problem is Apple has stuck with the same design for a couple of years now. It’s not clear what Apple could do to make the iPhone stand out from other smartphones on the market.

The big question in all of this is whether Apple can squeeze fingerprint reader under the glass touchscreen. The common thought is Samsung tried to do it but couldn’t figure it out. If Apple could they’d have an upper hand, if they include the edge-to-edge display.

Tell us your thoughts! What do you think about the renders Engadget posted on their site?  Do you think Apple will manage to squeeze the fingerprint reader under the screen or will they need to shift it to the back?