When Nintendo announced the Switch, I was hesitant. I didn’t think the hybrid console was going to work out for the company. Look at the Wii U, that was the biggest blunder they had in decades of gaming consoles. Still, I wanted the console. Even though I opted out of pre-ordering the Switch, I started looking for them in store not long after the launch. I spent close to two weeks calling, stopping by, and watching online inventory to have any chance at buying the Nintendo Switch. I wrote about the best tools and online websites that I used, to help anyone else out looking for the hybrid console. I managed to buy a Nintendo Switch in late March from a Target. I, of course, bought Zelda: Breath of the Wild along with the Switch, and opted against buying any other games.

Since buying the Switch, I’ve been playing Zelda non-stop! I’m taking the console everywhere I go; in part, I want to see how well the console fairs when you’re traveling. The other part is, Zelda is hands down the best game around. The review Trace Sauveur wrote on Zelda puts into words how amazing Zelda is to play. It’s an industry changing game. That’s not to say the Nintendo Switch isn’t turning the game industry on its head. If Nintendo can attract AAA games to the platform, the Switch will be a better option than the Xbox One or PS4. Who wouldn’t want to play Resident Evil on the TV but also on the go?

In the four weeks, I’ve been using the Nintendo Switch, I’ve run into a few software and hard issues. They’re nothing serious, but they’re important to note. Overall, the lack of games and problems happening makes the Switch feel rushed. Nintendo launched the console with quirks and challenges that they could have fixed before launch. Those issues don’t undercut just how amazing the Switch.

In the review, we’re going to talk about how the hardware feels, where the games are, and whether it’s worth spending all the money for the Nintendo Switch. 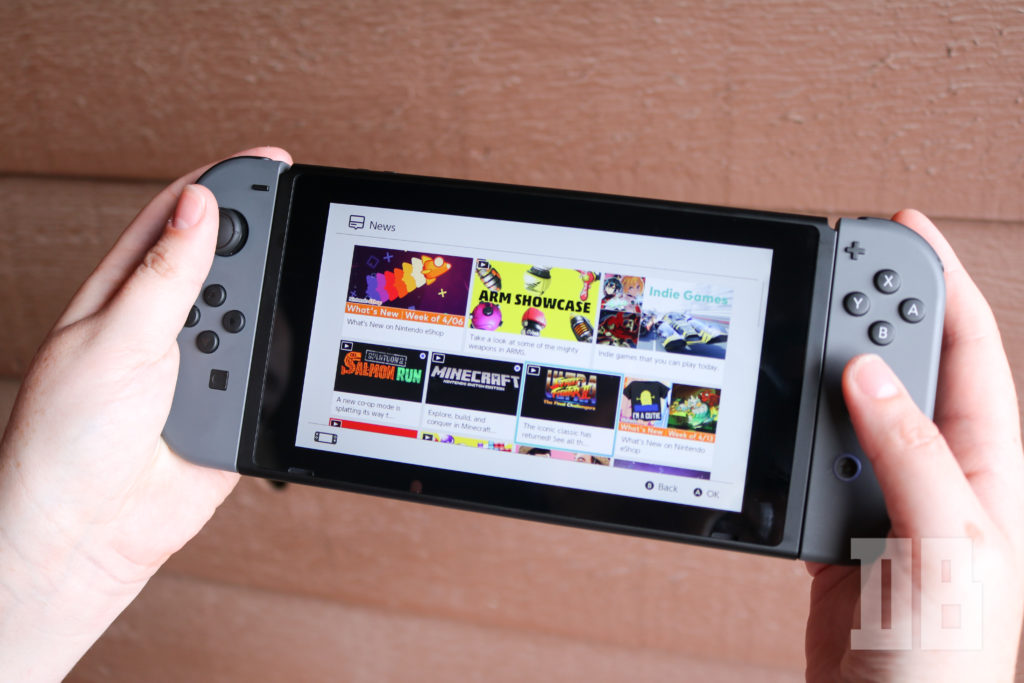 The lack of launch titles and follow up games have created a lot of questions whether AAA titles would make the jump to the Switch. Other Nintendo titles including Splatoon 2, ARMS, and Mario Kart 8 isn’t going to hit stores until early Summer. The big title is Zelda: Breath of the Wild, which has an attachment rate over 100%. It’s the only game worth buying the Switch for unless of course, you’d like to pay 1-2-Switch which is the party game for the Switch.

I still have a hard time justifying $300 for a console that has exclusively played Zelda for almost three weeks now. There are indie games which range from ports from mobile phones to Switch exclusives, but none of them have appealed to me. The first party games from Nintendo are the real reason I bought the Switch, and I’ll keep complaining till I get Mario, Splatoon, and other titles that were teased. 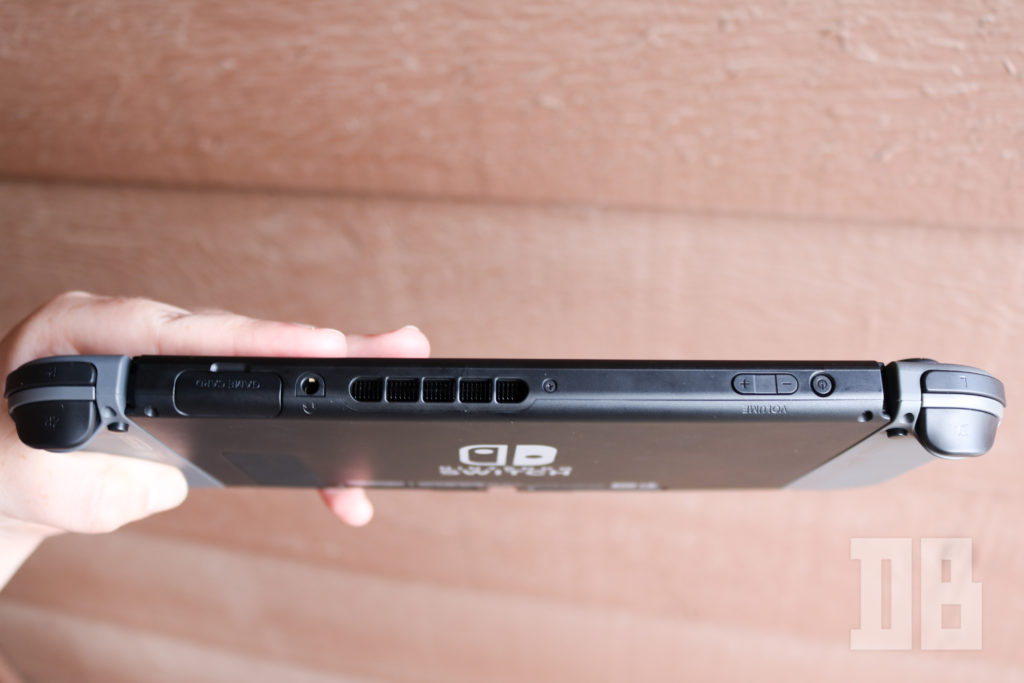 The dock, the Joy-Con controllers, and even the tablet all feel cheap. The Switch is made mainly from plastic including the dock, the Joy-Con controllers, and most of the tablet. Its screen is also a plastic and not glass, which is meant to prevent scratches. The result is the Switch doesn’t feel like a $300 device you’d feel confident saying it’s premium. What Nintendo was aiming for was a device that would take a beating when you’re on the go, but it seems more like the device will break when thrown in a backpack or purse. I’ve bought the official carrying case to keep the Switch safe and organize the game cards, but that was another $20.

Then there are the hardware issues that almost everyone has encountered. I’ve faced Joy-Con sync problems and the left Joy-Con not staying locked into the tablet. They’re not issues that’ll prevent you from playing games, but they don’t give you a sense of confidence. Nintendo wants you to travel with the Switch, and all the hardware issues don’t make it seem like a sturdy device. Other Switch owners are reporting warping tablets, scratched screens from the dock, and other problems. If you haven’t bought a Switch, you might consider these problems and wait for Nintendo to fix them, or take a gamble and see if you can get a nondefective Switch.

Is it worth it?

Yes, and maybe not! As of now, the Switch is a big tablet that doesn’t offer Netflix, Hulu, or other apps you’d find on a traditional tablet. The Switch also only has a handful of games, and I know I’m hammering home that games will make or break the console. Sony used exclusive games to lure gamers to the platform while Microsoft canceled dozens of exclusive. Nintendo has dozens of classic titles they can leverage, and they are, but they won’t hit stores until the summer. Unless you’re a Zelda fan, there isn’t much for you to play on the console.

I don’t regret my purchase. I’m glad I managed to get my hands on the Switch as early as I did, and I’m enjoying Zelda. The potential of the Switch is massive, whether or not it lives up to the hype is still hard to tell. But, I feel like my money was well spent.

The Nintendo Switch is the best portable gaming console. It’s the first hybrid console which promises to change how we think about gaming. Zelda is the first title which has altered how we play games from playing exclusively on the couch to being able to play when you’re traveling. You’ll get the same game experience whether it’s on the big screen or the small tablet. While I’m a fan of the Joy-Cons connected to the tablet, I am still having a hard time playing with them when they’re disconnected and not in the grip. I’ve also run into a few hardware issues like my Joy-Con controller not syncing, and my left Joy-Con controller easily coming detached from the tablet.

I’ve long on Zelda, but I’m still finding new and interest stories within the game. Once more games are released for the Switch I’ll have more reasons to justify my purchase. Until then, Nintendo has a success on their hands, but there is still a lot of work.

Have you managed to buy a Nintendo Switch or are you still looking? Tell us in the comments below what you think about our review!