Facebook bought Oculus to invest in VR (virtual reality), but today at their F8 event the company announced they’re looking past. Facebook is jumping into the augment reality space through their apps. Mark Zuckerberg, Facebook’s CEO, “used to think that glasses would be the first mainstream AR platform, and we’d get them maybe five or ten years from now.” Instead, Snapchat and other apps have started introducing rudimentary AR features.

Facebook is launching a simple, closed beta of their camera effects platforms. Developers will have access to the platform which offers three key features; simultaneous location and mapping, object recognition, and the ability to have virtual object interact with physical ones. Developers can create masks, scripted effects, and other animations. The features are similar to what Snapchat offers, but the ones Facebook’s developing look seemly more advance. 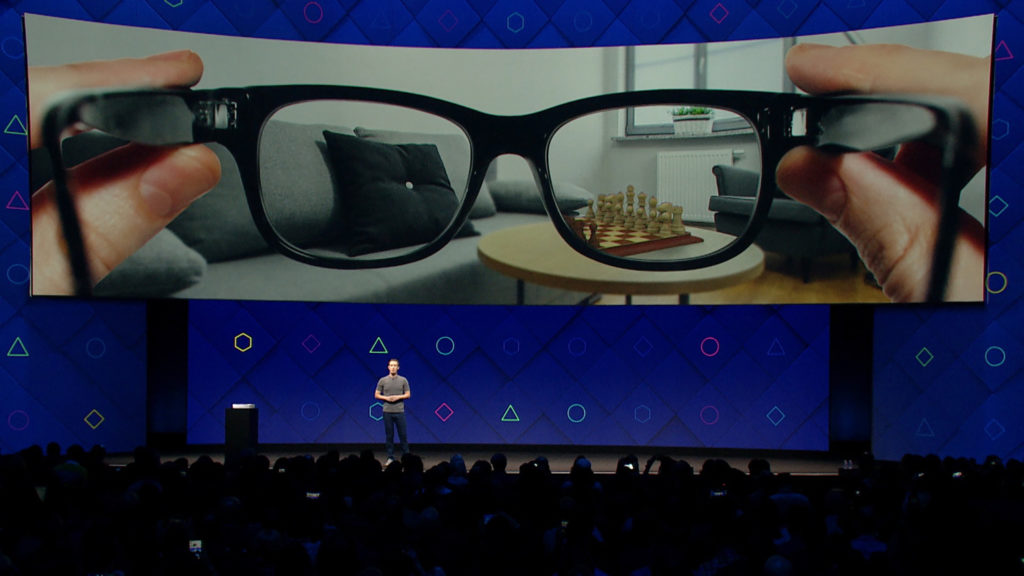 Facebook will build AR glasses with their AR camera platform

The AR Studio will integrate into the camera effects API. There are nine key components to the API including face tracking, scripting, front and back cameras, hashtag voting, touch gestures, device motion, triggered audio, data integration, and 3D rendering.

Zuckerburg conceded that the AR Studio wouldn’t be an overnight success, with a lot of work from Facebook and third party developers ahead of them. He thinks AR technology, like the one they’re building, will become an important part of how we use our phones. Now, AR filters are fun ways to swap faces and add effects to our pictures and videos on Snapchat.

With Facebook developing an open platform for AR camera effects it’ll push developers to work on the technology. We’ll start to see more AR games, AR filters,  and more uses for AR technology than swapping faces. What Facebook wants to do is build out their AR camera effects so they could launch a pair of augmented reality glasses that leverage all their filters and games.

Tell us in the comments below what you think about the camera effects platform, and whether you’d like to see more AR tools!