Why’d Mozilla, an open source company who develops a favorite browser, buy the save it later service Pocket? Mozilla chief Chris Beard, claims it’s a way of “fighting against the rising tide” of walled gardens online. They want you to share web content regardless what platform you’re on. It’s a noble cause and one that the company has been fighting for since their inception. Mozilla is going to open source Pocket’s source code, but they’re going to operate Pocket as a separate service.

The purchase is less about the walled gardens and more about the company refocusing on mobile. Firefox cannot compete against Chrome or Safari on mobile phones which lead to Firefox OS. The OS was a complete failure and almost cost the company everything they had. They had redirected all their energy on the OS rather than Firefox. 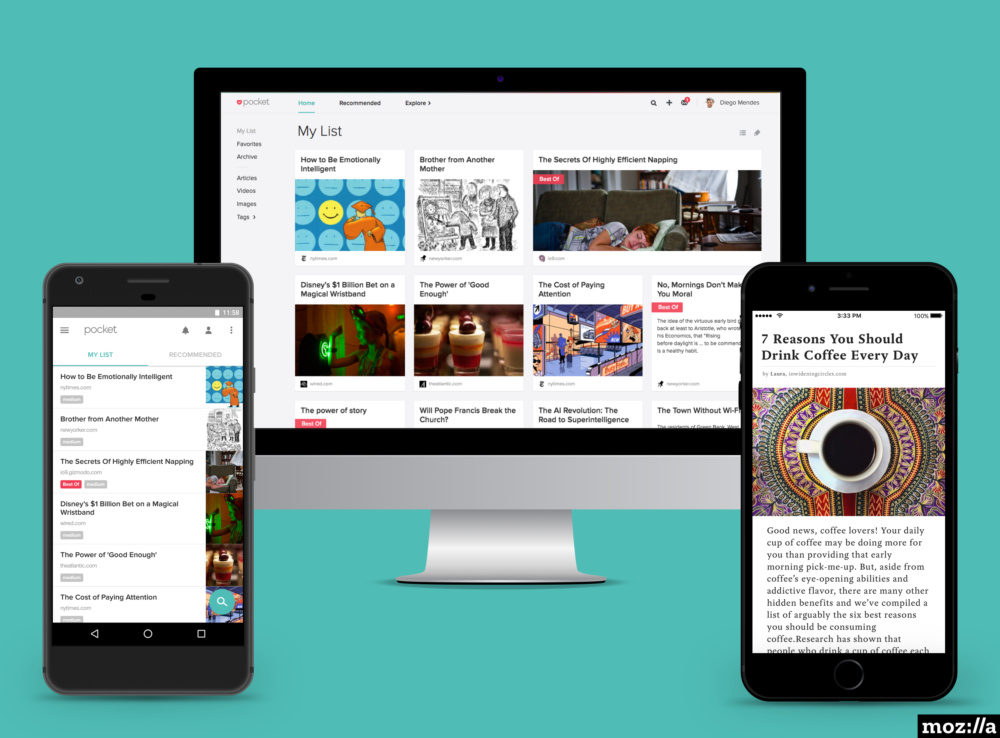 Mozilla needs to refocus on mobile and their browser

Like I said, Firefox cannot compete against other browsers on the mobile phone. Firefox has to use Safari’s rendering engine on iOS, which doesn’t allow for a genuine Firefox experience. On Android Firefox is competing against Chrome which is installed by default. There is Firefox for iOS and Android, but there’s no need to download the app unless you want to use the Sync feature. The compelling app from Mozilla is Firefox Focus, which is a privacy-minded browser. Focusing on privacy with Firefox’s branding makes a more attractive way of pushing the browser on mobile.

Pocket will let Mozilla push further into the mobile space without having to worry about Firefox brand being tarnished by iOS’ browser rendering engine. They’ll improve their Context Graph strategy while getting 100 million active users who love the Pocket brand. Those 100 million users might not download Firefox today, but as they see a tighter integration between the two, they may be more inclined. It’s a small incentive, but one many Pocket users would enjoy, at least it’s something I think they’d like.

Hopefully, the Pocket team will continue to work to improve upon what they’ve started. I’m continually impressed with how they’re on every platform. The overall reaction to the purchase seems positive. I reached out to Will Smidlien, who worked at Pocket for a little, to see if there was any negative thoughts or worries. He’s super pumped about the merger, which is often not the case. He hopes they’ll continue building Pocket for every platform around.

@Leonhitchens @mozilla @Pocket I think it’s rad! Hopefully the team gets to continue working together; they’re an incredible group!

Mozilla buying Pocket won’t save the company. They need to find a stable business while coniutnally making Firefox faster, more battery efficent, and more innovative. Pocket will hold them over for a little while, but they cannot escape the fact they’re stuck in a hard position on mobile. There will never be true Firefox on phones. They’ll need to innovative in a new way, like what they’re doing with Firefox Focus.

Tell us in the comments below what you think about Mozilla buying Pocket. Do you think it’ll help save the company in the long run?