CES 2017 has officially opened! I know it seems like it’s been open for days now, but only the media and a select number of exhibitors have been meeting with anyone. Now with the show floor open, everyone is mingling, buying for the year, and cementing business partnerships. We’ve had meetings in conference rooms, suites, and now we’re walking around the show floor aimlessly. We’re hoping to find the breakout gadget of CES, but so far we’ve only hit the halls with major companies. We saw LG’s, Samsung, DJI, Ford’s, Faraday Future’s, and other large companies booths. A few have introduced new TV’s, phones, and gadgets. But they’re nothing new. We’ve seen the super thin UHD 4K Quantum Dot TV last year, and yeah they made it wallpaper thin, but it’s similar to last years model. 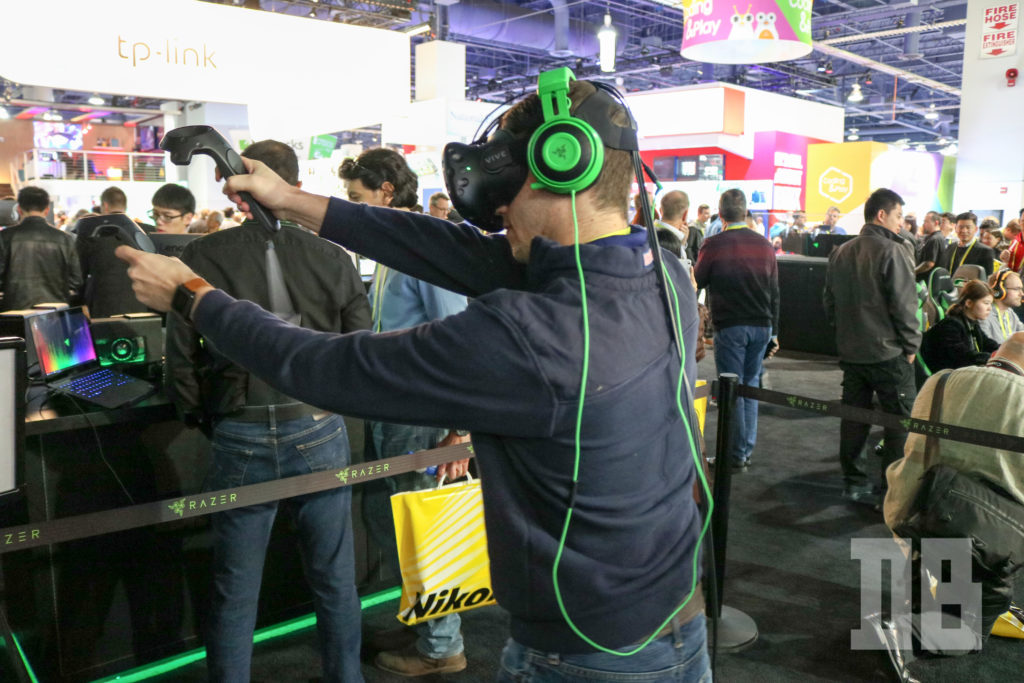 We met with Waves Audio which is working in the audio space to bring surround sound to your headphones, call Waves NX. They’re using a tracker that attaches to your over the ear headphones to track which way your head moves, so the app or software can adjust the volume around you. They’re also using their consumer technology to make VR games sound more realistic. Their game, Racket NX, is a simple racket ball game. As the ball is hit around the area, you’ll be able to hear the ball all around you like you would in real life. While they’re only working with one studio to build their own game, the possibilities for other games are endless. In first person shooters that use the Waves Audio technology, you’ll be able to hear someone walk up behind you, or hear someone shuffle around a hallway.

We also had the chance to talk to Aimotive which is working on self-driving car software. They’re using cameras instead of lidar or radar because they’re going for a lower cost solution. Low cost doesn’t mean that it’s unsafe or not as capable as Faraday Future’s or Telsa’s self-driving software. In fact, they compare the camera technology to humans eye have limitations on the road. The idea while novel still brings up the question whether computers will make hard decisions about hurting the driver or hurting someone else on the road. Self-driving car technology is still a long way off, 15 to 20 years, looking at it optimistically.

The show floor is one of the most draining and exhausting experience you’ll ever have. It’s hard to explain what it’s like, but think about walking around all day, taking photos, and also needing to manage multiple articles/videos. We’ll be at the Sands Expo hall which houses most of the startups, Kickstarter, and other smaller gadget startups. I find it the better floor space t CES because this is where Oculus first emerged from and where the next big thing will be found.

Follow us on here and our social channels for the best coverage of CES.