Faraday Future through all the finical troubles and bad press held a press conference in the outskirts of Las Vegas. There they unveiled the FF91; they’re first production vehicle; one customer can pre-order for $5,000. 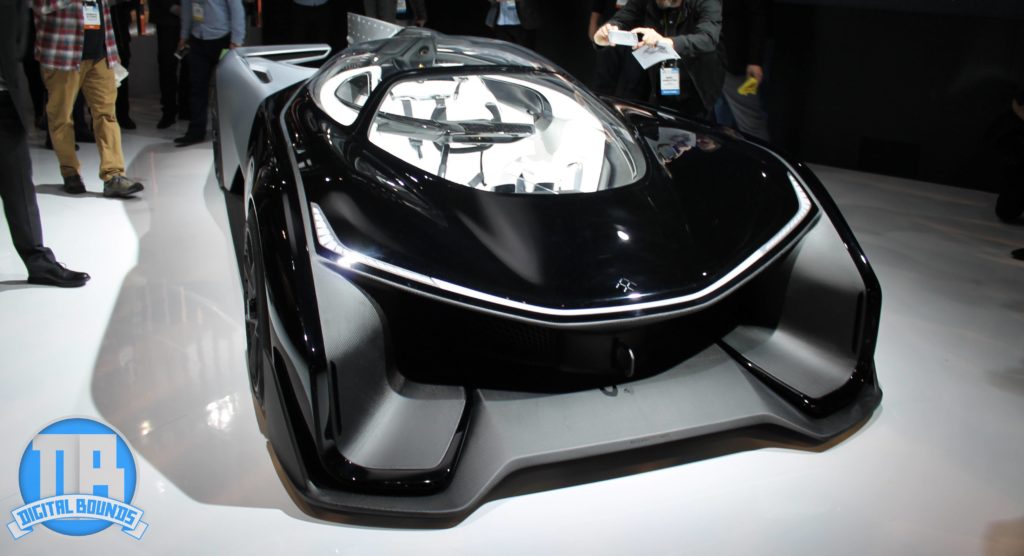 Long gone is the prototype car that was going to shake up the auto industry. Instead, they took a traditional SUV design, made it more aerodynamic, added smart features, and slapped some self-driving tech on it. The new car looks more like a large sedan than a forward-thinking automaker that they first screamed they were.

The spacious room inside is thanks in part to the wide wheelbase and the fact there isn’t a combustion engine taking up space. The car focuses heavily on the self-driving capabilities with 30 sensors around its body, including ten cameras, 13 long and short-range sensors, 12 ultra-sonic sensors, and an unusual pop-up 3D LIDAR.

The car doesn’t just feature aa bunch of technology either, it’s the world fastest production car, with a time of 2.39 from 0 to 60! That’s quicker than a Tesla Model S and a Tesla Model X, not to mention every other sports car. The car also has a 378-mile range, one that beats Tesla once again. Faraday Future mentioned Tesla numerous times as they’re directly competing with them.

Faraday Future is giving Telsa a run for its money, but only if they can get these out in production. If they fail to ship these cars, they could face backlash or worse, finical failure. Faraday is holding on by a shoestring, and this car is their hail marry to save them.

Tell us in the comments below what you think about the FF91!