When you try to explain Google Home to someone who hasn’t used Google Home or Amazon Echo, it’s broken down into two parts; a decent speaker and Google’s powerful voice assistant. While many critics would call Google Home a glorified speaker or timer, the idea could change how we interact with technology. Google’s vision of Google Assistant looks more like the movie Her. Even though Google Home lacks a lot of core features that Amazon’s Alexa has access to, Google’s working on bringing more features through third parties, IFTTT, and software updates.  Much like Amazon’s Alexa, the voice assistant is always learning, getting smarter, and adapting to its environment. Google’s Assistant is doing the same but has the upper hand. Google has millions of users data through Google Calendar, Gmail, YouTube, and your Android Phone.

I’ve used Alexa once or twice, but have held off buying an Echo to see what Google or Apple did. Luckily enough, Google offered up a smart Assistant that spans my Google Pixel, Google Home, and soon to be other products. This means my exposure and usage of Amazon Alexa is limited to occasional usages and demos at press events. 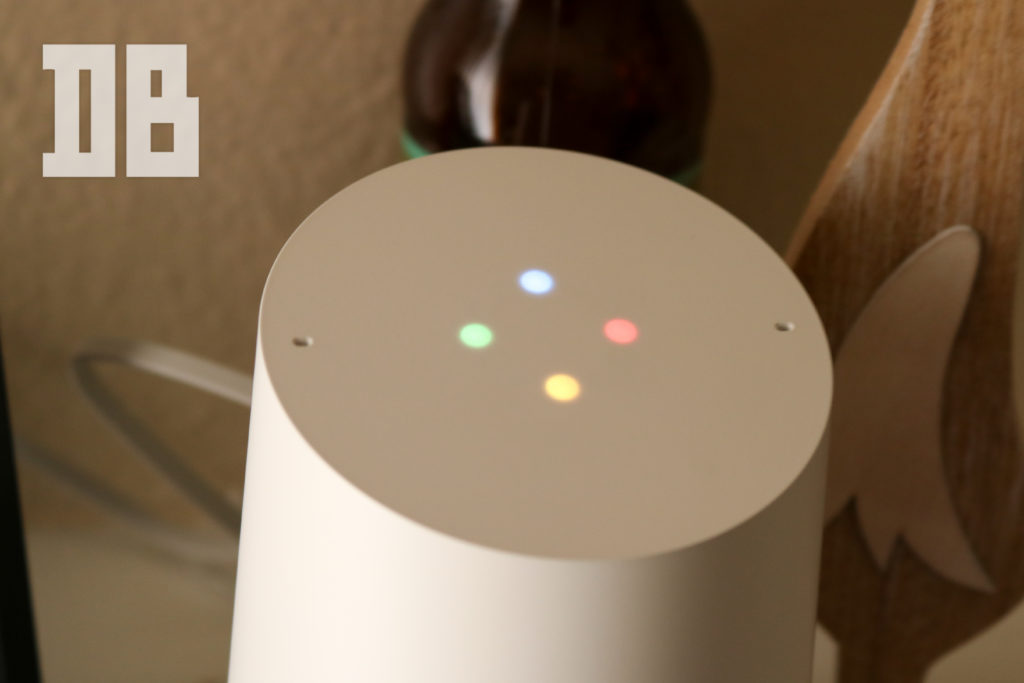 Google Home was outlined back at Google I/O, and later unveiled at the Pixel Phone event. In comparison, the Amazon Echo is two years old. Yes, Google has been mining data and building “Okay Google” voice commands over the past couple of years, but Google is shifting towards a more personal and self-intelligence AI. Google has a wealth of data on us from purchases, location, Gmail, and message history no matter if you use an Android phone or an iPhone. While Google has all this information, they aren’t fully utilizing everything yet. Not only that but Google Assistant on the Google Home and the Google Assistant on the Pixel is fundamentally different. The Pixel Assistant can send messages, set reminders, take a note, and other commands “Okay Google” has been able to do. On the Google Home you cannot send messages, set reminders, or even ring your phone which is annoying, but Google will hopefully fix over the coming weeks. This disconnect, however, causes some issues. There are times I want to set a reminder on my phone, but Google Home will continue to answer instead of my device answering. This means I have to leave the room or mute my Home to set a voice reminder on my phone.

Google could push a software update, solving a lot of the problems users are facing. As Google Assistant always says it’s “always learning.” 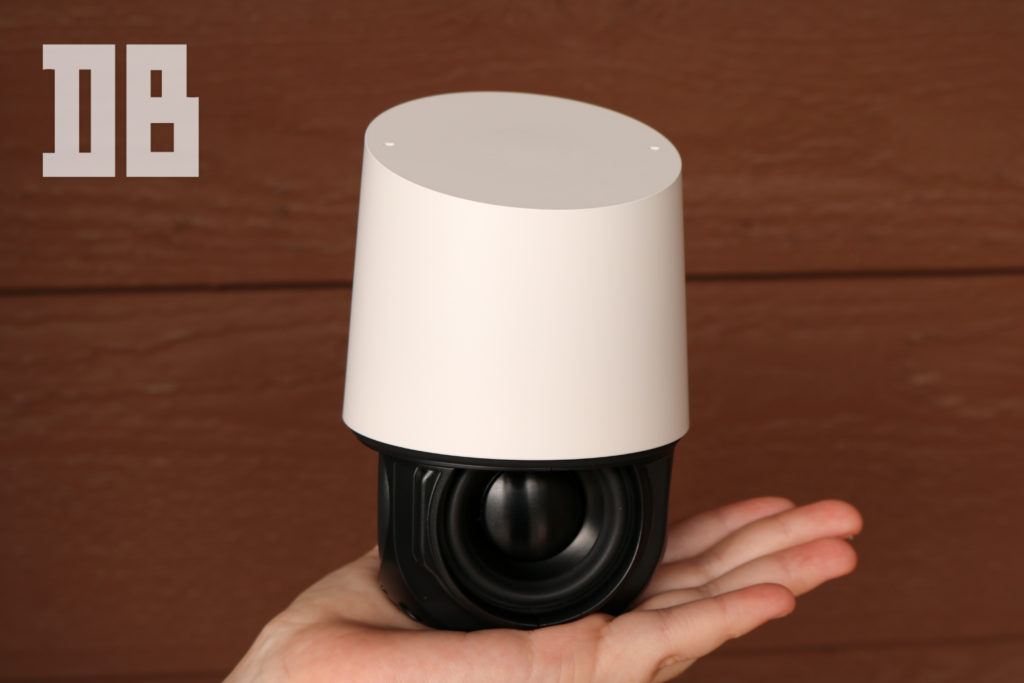 The Google Home has two mics compared to the “hundreds” of mics on the Echo. Many worried Google wouldn’t be able to understand you around the home correctly. This is, in fact false, Google clearly recognizes what I’m saying across my apartment. Impressively, Google comprehended what I was saying when I had the TV blasting or while others were talking. It appears Google’s using the same software technology to filter out background noise as they do on the phone. I’ve faced more problems of finding the right phrase over Google hearing what I’m saying. While I’m able to tell Google turn off the lights by saying “lights off,” “turn off the lights,” “goodnight,” adjusting your Nest thermostat isn’t as clear cut nor are the commands to cast videos to your Chromecast.

The speakers are average – nothing to write home about. I’ve been using the speakers to listen to music a lot, and I haven’t noticed any issues with the speakers. They are slightly tinny, which is ideal for voice but not so much music. The nice part of Google’s Chromecast and Chromecast Audio ecosystem is you can cast music to a larger speaker system or even a TV.

What I use Home for

My appeal for using Google Home was not only the Chromecast voice control functions but also the smart home voice controls too. I’ve setup smart lights throughout my home, but the biggest annoyance for myself and my girlfriend is having to pull out a phone to turn the lights off and on. Now were able to be lazy and tell Google Home to turn the lights off and on without even lifting a finger. Other than smart home control I’ve been using the Home to play music throughout the day, and set timers.

I’ve also used the Home to play some of the voice games including Madlibs. I’m interested to see how Home learns through the coming weeks and months, and interested how we start using Home differently as Google Assistant learns more features.

Google partnered with Philips, Nest (Of course, they own the company), and IFTTT to bring the first wave of connected devices. I have the Nest thermostat, which means I’m able to control the Nest by voice. My lights, on the other hand, are GE Wink lights, because they were cheap and worked decently enough. This meant I wasn’t able to directly control the lights through the Home unless I went through IFTTT and set up a recipe. IFTTT has thousand of connected services that let Google Home control Wink devices, other thermostats, and other smart home gadgets that likely won’t add Google Home support for months or weeks.

All-in-all, IFTTT is a bridge between Google Assistant and the smart home ecosystem. Without the service, Google Home would be vastly underpowered and lack a lot of features the Amazon Echo has.

I’m excited to see what Google Assistant can learn over the coming year with developers adding new functions, new service integrations, and what Google can offer up. While I use Google Home to set timers, listen to music, turn my lights off and on, there are dozens of other functions I could utilize in the future. I’m looking forward most to Google Home being able to control my Chromecast with Netflix, YouTube, and other streaming services. I’m already a fan of being able to tell Google to “play the latest Casey Neistat video on the living room TV,” and Google turns on the TV, selects the correct source, and the YouTube video starts playing. All without needed to pick up a phone or remote.

When I compared the Home to the Echo, I’m satisfied I waited for Google’s offering. Amazon may have more voice commands, third party services, and overall support, but Google has built a device ecosystem with the Chromecast and Android, which allows everything to communicate effortlessly through voice. While Google Assistant still has a lot to learn, I imagine the support Google can get from developers is as much, if not more than what Amazon can garner. Google Home is only $129, $50 less than the Amazon Echo. While the Google Home isn’t necessary, it’s an excellent accessory to have around the home whether you’re using it for music, controlling your smart home, or just has a glorified timer. You can buy the Google Home at Target, Walmart, Bestbuy, or you can order directly through Google online. I went to Bestbuy on release day to pick mine up, and I’d recommend just walking into a retail store for the fastest experience.