The Apple Watch Series 2 was announced on stage at Apple’s Special Event in San Fransico. The new watch is now “swim resistant” to 50 meters, has a new brighter screen (that isn’t always on), has built in GPS, and comes with a new ceramic material. There’s also a new partnership with Apple and Nike to make the watch more usable for runners. 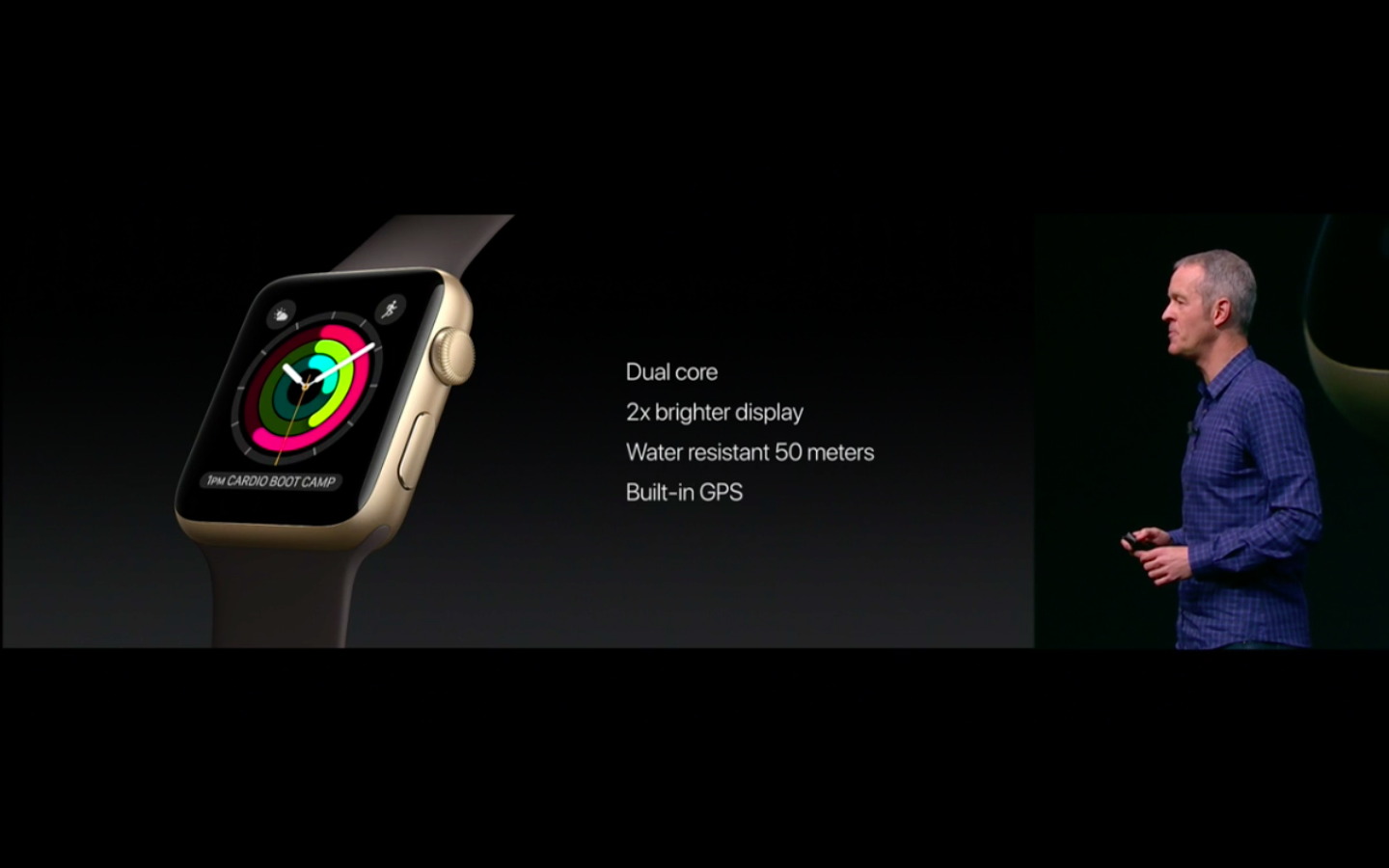 The Apple Watch Series 2 starts at $369, and the Series 1 which has also been updated with the dual core processor starts at $269. While the watches are still expensive, they’re more useful with Pokemon Go, Watch OS 3, and snappier than ever.

We don’t know what the new Series 2 battery life is like, or how the GPS affects the battery life either. Either way, the new Watch Series 2 is a great update to the watch while still keeping the Apple Watch style.

Tell us what you think about the Apple Watch Series 2 and Series 1 update in the comments below!