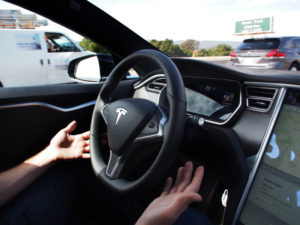 We all know what a car is, in some shape of form we all have interacted with them before we could even drive. Mostly having toys or building legos with wheels when we were little. But why are cars, more specifically “self-driving” cars getting popular recently? Well, as technology continues to get better and better, brands and manufacturers tend to branch out and try new things. When we think of self-driving cars the first words that pop into our heads are Google or Tesla. And you’re right. Google and Tesla are the most well known for being the first to test out different concepts for self-driving cars. Tesla, in fact, being the first to release beta software where you can actually test it out. Yeah. DANGEROUS. In case you couldn’t tell I would take a tad bit of caution when trying out self-driving cars. Are they even safe to drive?

How is this technology beneficial to us?

Driving cars to work, practice, or our kid’s soccer games, we all drive cars on an almost daily basis. Vehicles are super useful, we can use them to transport mass amounts of people and cargo. We use cars to get our Xbox delivered that we ordered off of Amazon, and they’re a powerful tool in our economy. But think of self-driving cars from that perspective. A lot of articles are based around how we would use them. But what about how businesses would use them? How would self-driving cars affect the economy? Could not have drivers in delivery vehicles promote theft? I like to break down articles like this. Thinking about all of the possibilities when it comes to new technologies is really good to get a better scope on the topic. But If we were just to use driverless cars for personal use, not economic, how would it help us in our day to day lives. Well, the technology in self-driving cars would have to be very sound. If a student or economy worker were to be working on last minute work on the way to school or work, we’d have to trust that the autonomous cars would be able to get us to our destination safely?

Are driverless cars safe to drive?

Most of us like to think so, but like I said, Google and Tesla are still testing this technology. Google with their self-driving cars is still in development. They’ve been testing them since early 2009. Along with Tesla in 2014. Over the years since there have been minor reported incidents. No major accidents have been reported besides minor mishaps.

Recently, a report came in that a man using autopilot mode on a recent drive, got into a fatal car crash involving a Tesla Model S.

Below is a diagram released to give more insight on the accident: 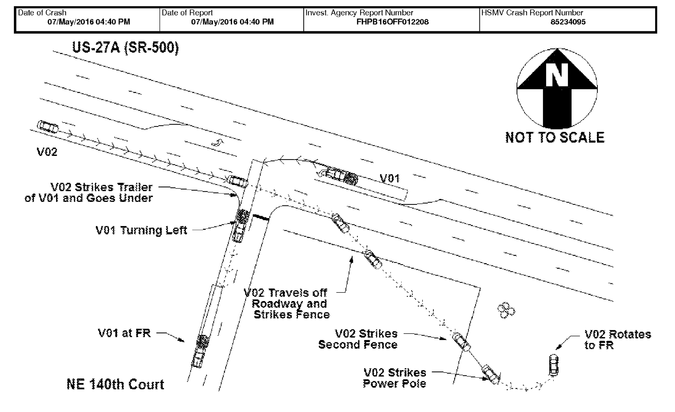 According to the report, the Tesla was in autopilot mode as it was traveling down the roadway when the system didn’t detect the end of a semi-truck making a left hand turn. Colliding with the bottom of the trailer and proceeded to skid off of the road. the driver, Joshua D. Brown was the owner of a technology consultation agency, said to have firmly believed in Tesla’s mission for autonomous vehicles.

Somber to hear about this situation. A lot of people are now questioning whether or not driver-less cars can make split-second decisions that could potentially save someone’s life. It goes to show that are we really ready to put these out on the market? Or on public roadways for that matter?

Tesla and Google are the main rivals for driverless cars

So, why Tesla and Google. They both have started programs and teams dedicated to improving the technology of autonomous vehicles. But if the technology comes to fruition, who’s car would you buy? I think from a trust and credibility factor most consumers would go with Google. If you look at it from an advancement point of view, they’d most likely go with Tesla. Look at the numbers. Tesla started looking into this technology and equipping their vehicles with the proper sensors back in 2014. Google began in 2009. The company has the edge when it comes to resources and people, and they’re valued over 364 billion.

Tesla, on the other hand, is estimated at 27 billion but has started multiple ventures such as SpaceX and Tesla Motors. They have a brilliant CEO, who has built the company from the ground up. Proving that they can do the same thing Google can and introducing self-driving cars to the public in a quarter of the time is impressive.

Google has also pursued self-driving cars and has multiple cars on the road. Along with Tesla, Googles cars collect data the more mileage they drive. Which is important for future-proofing as roads and environments change.

Autopilot with Tesla is currently available on the Model S and allows drivers to have the car automatically change lanes, stay aware of surroundings (braking and accelerating) with active cruise control, and use automatic steering. Note that Tesla does not recommend drivers not being aware or in a different seat. You must be in the drivers seat and maintain full awareness.

Tesla Autopilot also comes equipped with automatic parking. The vehicles sensors scan spots to see if there are any open, and then automatically parks for you. Autopilot also works with parallel parking. The Tesla Model S also has a Summon feature that lets you call your Tesla from your phone so it can meet you by your front door in the morning.

Pretty sweet features right? All of these features come in the Model S straight out of the factory.

Google’s self-driving cars are a bit different than Tesla’s. But they both share some common features. To differentiate from Tesla, Google’s cars are completely autonomous. Partially why Tesla has already brought their autopilot to market. In the case of system error, Tesla drivers can jump in and make a correction. Google’s self-driving cars cannot unless the vehicle is something other than Google’s car. They have features like brake assist, lane change, and sensors to help the vehicle do the hard part. On Google’s website for their project they state for a feature about the interior: “Interior – designed for riding, not driving.” Meaning the final version of Google’s car may be only for riding, with no user control. 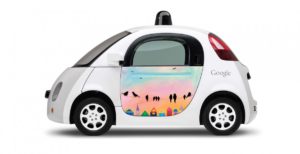 Why driverless cars are going to be important

Important? Most of you may be thinking why I would use that word. Some people have different opinions on self-driving cars, and that’s ok. But why important? Why would vehicles be without any interaction needed by a personal matter?

Safety is the number one priority when it comes to drivers not driving their own car. As a manufacturer, If you can produce a car that would eliminate all user error, that would save lives right off the bat. The importance behind it is we lose thousands of lives every year due to human error behind the wheel. If we can build software and vehicles that prevent issues like driver error. The problem is getting more manufacturers on board. Companies like Tesla and Google are outside the box. Google, well-being Google is always trying new ways to stand out. Project Ara for example. And Tesla with their vehicles and SpaceX. They both have innovated in some way shape or form. But companies like BMW and Mercedes. Well, they could be next as I’m writing this article. But we’ll have to wait and see.

Google Car’s and Tesla’s are the most well known self-driving cars on the market. If we were all driving the same car, we would be on the same page. I couldn’t see more and more manufacturers making cars with autonomous capabilities. If the different software in the car’s on the road is running different software, we could be in trouble. The biggest thing we are trying to solve with autonomous vehicles is safety, but it could also be our greatest issue.

Let’s face it; self-driving cars are the future. We can’t get too far ahead of ourselves, though. Tesla is the leader right now in delivering a sound autopilot system, but they’re not done quite yet. There’s definitely some kinks in the software. For all manufacturers. That’s what happens when something “new” is introduced. We have to keep driving these car’s and get more data. The more data we can gather the safer the vehicles will be when it’s time to put them out on the market.

The Importance of Data and AI

How else are we going to make the software better? Imagine having a representative from Google or Tesla having to ride in the car every time it goes out on the road? The importance of data is vital when it comes to systems like these. Currently, Google and Tesla’s autopilot systems use AI and data to learn as they drive, tracking data like road conditions, the layout of the road, and updates to roadways. Learning systems can adapt to what is changing. And that’s why it’s important to have systems like that in driverless cars.

Self-driving cars are a very cool concept. And as we’ve seen, they are getting closer and closer to the consumer market. We have companies like Google and Tesla already showcasing vehicles that have autopilot capabilities, making driving completely hands free. But the issue they’re solving is also one of our biggest worries. Car manufacturers have to be careful that they do the right thing and make sure their vehicles are safe before bringing them to the daily driver. Just as people make mistakes behind the wheel of non-autonomous cars, they can in these too. I hope to see more and more car manufacturers getting on board. Hopefully soon the future of Self-driving cars will become a little clearer. But if I were betting money on it, I’d say we have at least a couple more years.