Battlefield 1 looks like it’ll overtake Call of Duty in popularity and mindshare within the community. The Call of Duty Infinity Warfare trailer has garnered close to three million dislikes five hundred thousand likes. There is a lot of questions around what Call of Duty is going to do, and if they’re going to bet the bad press won’t affect sales. In the long run, the negative attention will negatively affect the game and the company which has become a storied franchise. Battlefield is doing what Call of Duty wouldn’t by going back into the past and letting players have feet on the ground instead of flying or jumping around. I’m excited for Battlefield 1 mainly because it’s the first modern game to go back to the World Wars and let us play advance multiplayer together. When the Xbox 360 first came out, we had a lot of games revolving around the first world wars and into World War 2, but then we started advancing into advanced futuristic gameplay which puts us into the dystopian future. While I’m excited to play those games, I’ve become interested in seeing what the past would look like now. We have advance realistic graphics and rendering engines which can do amazing things, and with Battlefield keeping the game historically correct we should see a lot of amazing things done. 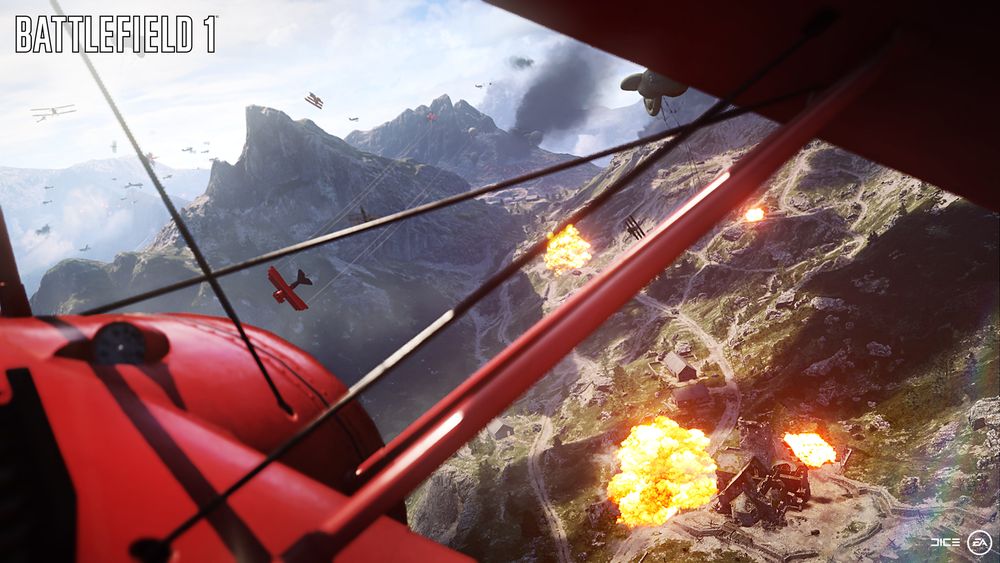 Call of Duty going further into the future means more guessing how everything will look, and changing how the guns work. It’ll include a lot of zero gravity gameplay with jetpacks and use advanced weapons. Battlefield 1 will use horses, tanks, gas warfare, and hand to hand combat with axes and knives. The fields will be modeled after areas we know and can look at in pictures, and the terrain will have a reference point. The whole game will have a storyline we are aware, and it will make it enjoyable to play. My interest in history will show during the match as I judge if everything is historically correct or just guessed upon.

While some may say Battlefield is glorifying World War 1, some will argue it’s bringing back the idea we had wars without rules or consideration for innocent human lives. Call of Duty may be avoiding realistic gameplay for those reasons, but at the same time, we have games like Grand Theft Auto. Battlefield has always referenced previous or current wars in their games, but this game they’re dipping their toes into a war a lot of game studios have skipped. The studio behind Battlefield understands gamers can separate killing someone in a game from doing that in real life.

I’m going to skip Call of Duty once again, and play Battlefield 1. I’ve always stayed away from some of the most mainstream games and played games like Rainbow Six Siege, Rocket league, or previous Battlefield titles. They’re all popular games in their rights, but Call of Duty is on a level many games wish they could be on. As long as Battlefield masters the online game play I’ll love the game. We’ll see what the gameplay from the game looks like during a live stream game match on June 12.

Tell us in the comments below what you think about Battlefield 1 and if you’re going to buy it and Call of Duty Infinity Warfare!