We’ve put together the list of the of the best, the silliest, and the disastrous pranks (so far).

Haven’t you thought VR was a little lacking? Google’s Google Cardboard Plastic is fully immersive, lightweight, waterproof, and Google’s made sure the device works with all apps! So what’s realer than real? Maybe VR?

Google’s latest video is a perfect parody of  tech video crammed into a 3-minute clip. Sadly you’re not able to buy the Google Cardboard Plastic.

Want to Netflix and Chill from anywhere? T-Mobile’s Binge On straps a phone to your head so you’re able to binge your favorite Netflix show while cutting the grass, cooking, going on a date, or anything else where you’ll need to stay productive. In addition to that, the headset features Real Reality so you can look around and realize more important stuff’s going on.

Ever wanted to find the love of your life based on your view habits on Hulu? Hulu’s chicky new dating app is better than Tinder or OkCupid. The app will pair a couple together based on if there both watching Spongebob, The Mindy Project, or Scandal. The app won’t take into consideration how you look, what you do for a living or your previous relationships.

Opt in today for the best dating experience.

The most useful prank is also the prank that backfired for Google. The Mic drop feature was placed next to the actual send button. The Mic Drop button send a Gif of a minion dropping the mic and then muted the conversation. If you were looking to end a long email conversation or just have a little fun- it was the perfect April Fool’s prank.

Until Google said some folks were accidently sending the Mic Drop email instead of the normal on they wanted. On top of this, TechCrunch reported Google’s servers accidently confused the messages and were sending Mic Drop emails even if you didn’t push the button. If you managed to send a few mic drop emails out, good on you. If you missed it, you’ll have to enjoy the Gif.

Everyone made the joke someone should buy Yahoo, so it was only fitting someone said they bought the failing internet company. Now that Product Hunt owns Yahoo we can all rest assured they’ll change the Yahoo URL to a series of emojis!

Also, Product Hunt is letting folks trick their friends with fake news sites. You’re able to clone a website like CNN or TechCrunch and then input whatever news you want. So don’t trust anything today!

Let’s watch YouTube videos in 360 with Snoop Dogg. On every video today, you’ll see a SnoopaVision button which will thrust you into a 360 world where you’ll forget if you in the video with Snoop Dogg or if you’re watching a video.

The button may not work, but that’s what beta’s are for. Look at Gmail! The product was in beta for close to 10 years. 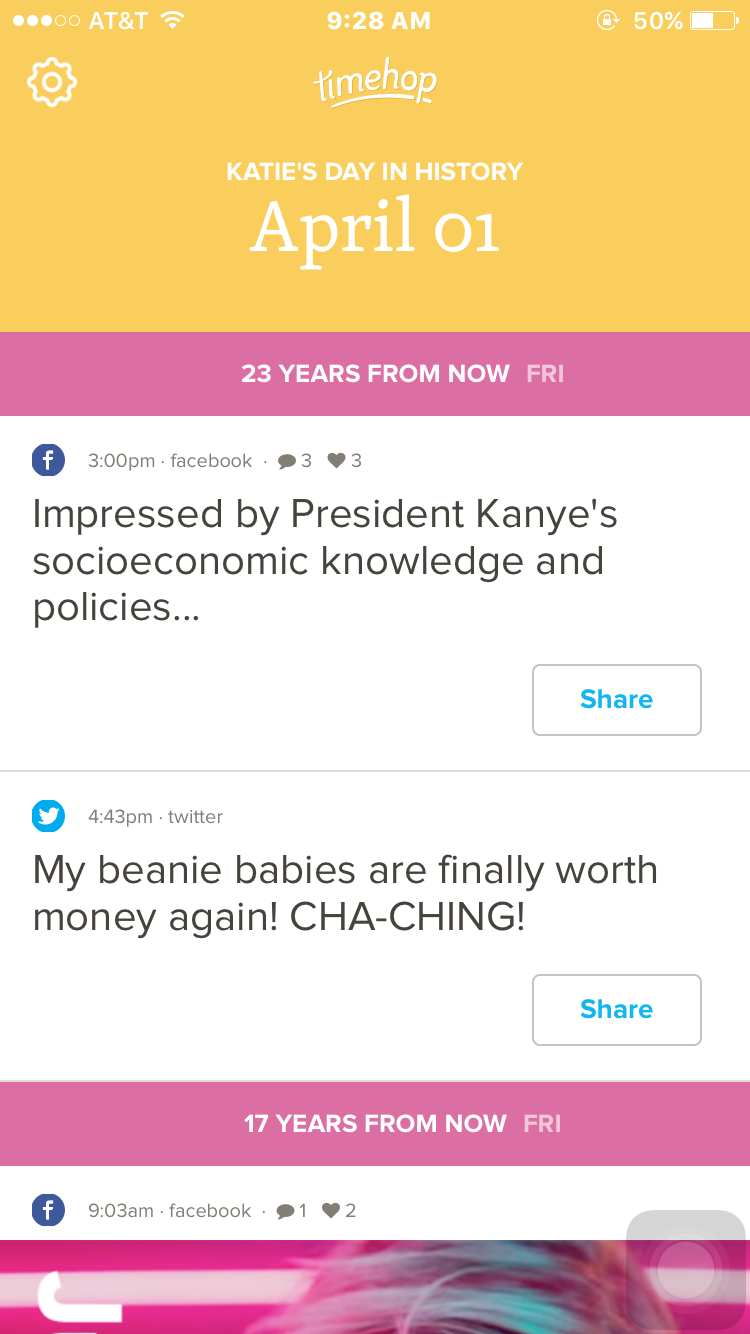 Kayne’s president? Are beanie babies finally worth money? What? Timehop is not giving you someone else’s timehop, instead, it’s another April Fool’s joke.

Timehop picked some memes and trends and transformed them into future predictions.

The most requested device from Razor is a high powered toaster! Razor is going to try and provide the best fuel for gamers. It also burns the Razor logo into the bread so you’re able to enjoy branded bread and maybe play a game or two.

While you’re not able to buy the product you can enter to win a breadwinner game from the company.

Google fiber offers super fast internet, but they’ve found teleporting a 160lb human slow on their network. Yes Google Fiber is working on teleportation, and while you might not go around the world tomorrow it could become a real thing in the near future.

Tell us in the comments below what your favorite April Fool’s prank is, and if you believed any of them were real. I almost feel for the Product Hunt prank, but after a little sleuthing I realized how well done it was! Other than that the other pranks haven’t been as believable.