Microsoft has Cortona on their laptops, Google has Google Now on their Chromebooks, but Apple doesn’t have Siri on their Macs. It’s a real problem considering voice assistants have become a competitive space with Amazon’s Alexa oddly winning with the most integrations and features. 9to5Mac reports Apple is working to add Siri to the next version of OS X, which should hit Macs later this year. The Siri button will sit on the menu bar next to the clock and spotlight icon.

Siri can be activated by either pressing the button and speaking, but it may also work by saying “Hey Siri.” Though Siri coming to the Mac has been a longtime coming, but this could still not happen. We will likely see a developer preview at WWDC in June, with a public beta later that summer. The concern of having Siri always listening for “hey Siri” isn’t just privacy concerns, but also battery drain. 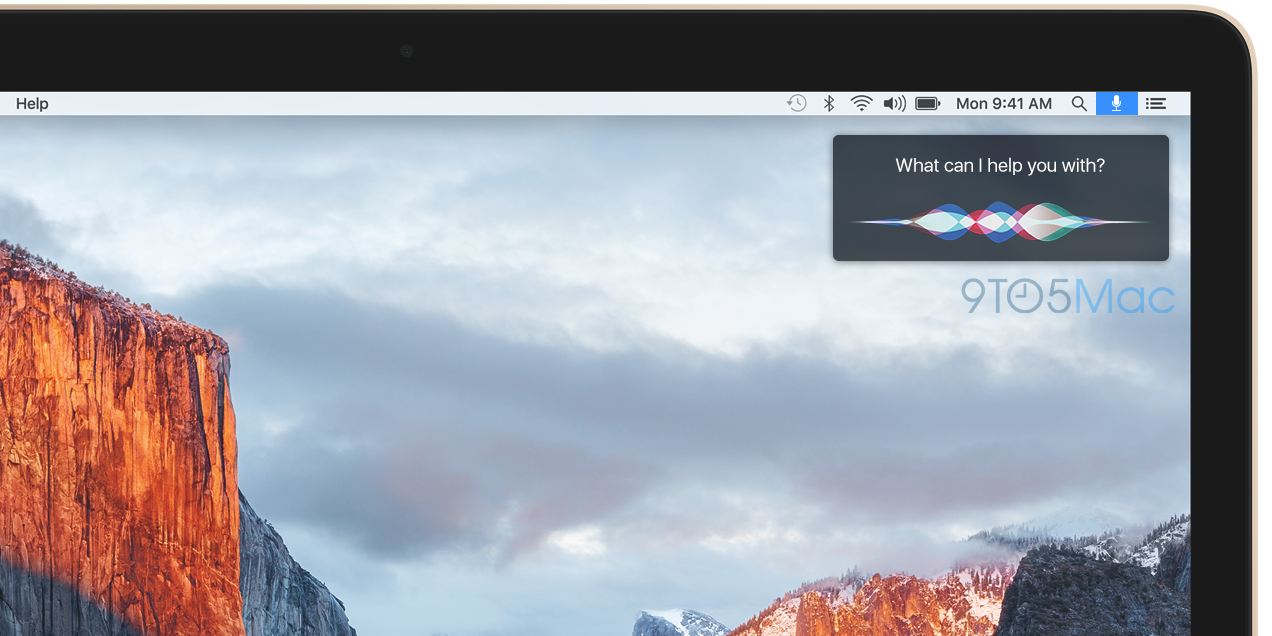 While Siri on Mac may make some work easier, Apple would have to add a lot of support to make Siri appealing on the Mac. Siri already has a hard time understanding me while I’m using an iPhone, so I can only image how hard it will be when its using the smaller mic on the Mac. These issues are larger issues around voice assistants, and likely why Amazon’s Alexa became one of the best voice assistants. Alexa’s integrated with Spotify, smart home devices, and doesn’t make you wait to say your command when you say Hey Alexa.

If you’re excited to have Siri on the Mac or if you think it’s going to become a feature that you don’t use tell us in the comments below!