LG makes amazing phones, but the phones don’t sell well nor is there a lot of hype around their new phones. In Barcelona for MWC, LG unveiled a modular phone in hopes of turning the mobile market on its head and hopefully breaking into the top five selling mobile brands. LG G5, is the most ambitious smart phone the company has made. 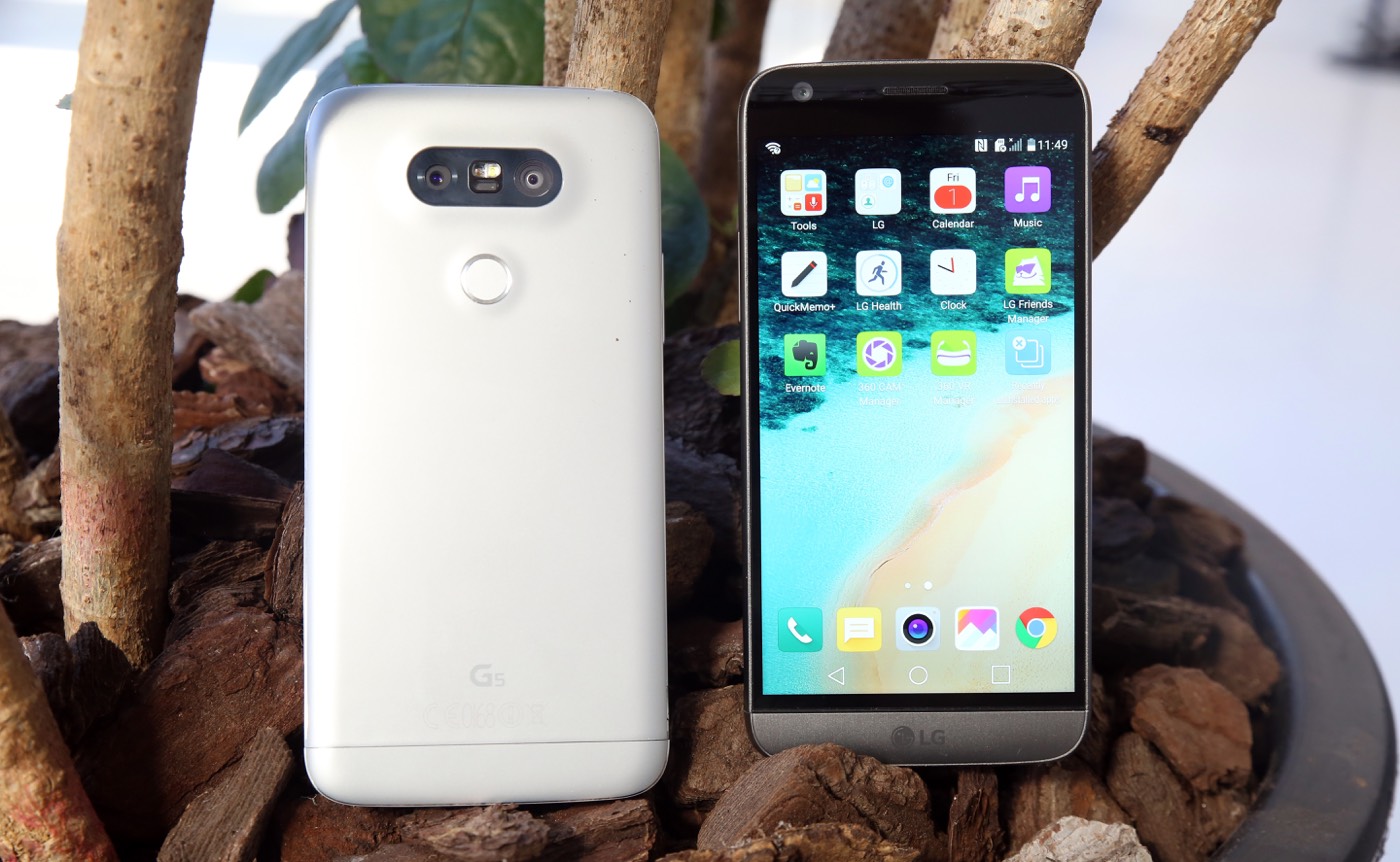 Packed with a Qualcomm Snapdragon 820 and always on display makes the G5 one of kind. With a slightly smaller 5.3-inch IPS Quantum display LG focused on color saturation. The results bring a brighter and more visually pleasuring display, with great viewing angles and a protective glass screen angling away from the top of the phone. The always on-screen displays time and notifications while the rest of the screen is black or turned off. LG says the screen being on always only drains the battery .08 percent an hour!

LG Friends are the modular components which can slide into the remove slot on the bottom of the phone. While LG Friends also include the new 360 VR camera and rolling robot the other modular comments are the CAM Plus or LG Hi-Fi Plus which plug into the slot in the base of the LG G5. The LG Friends app recognizes each new module plugged in and will download the needed app to use the module. The LG Cam Plus adds an extra 1,200 mAh to the G5’s 2,800 mAh battery for a total capacity of 4,000 mAh. It also add a physical shutter button, a zoom dial, video record button, LED and power switch. The LG Hi-Fi Plus is an audio module made in collaboration with Bang & Olufsen. The module features a 32-bit Digital-to-Analog Converter (DAC) and dedicated amplifier. When plugged in the headphone jack won’t work, but the module provides higher audio quality playback.

The phone is fast with 4 GB of ram, making app switching easy and animations super smooth. The camera is at par with the iPhone, making the photos look great no matter where you are. With the Cam Plus added the phone feels more like a point and shoot, making it feel like a real camera and not just an after thought. While I’ve seen pictures and thoughts from hundreds of folks, I’m not sure if the phone will feel great. LG has always made premium phones, but they’ve always slipped into the nether after they’ve been lunched. The LG G5 is trying to make a phone so innovative and premium more folks will want to buy the phone or Samsung’s massive offers.

LG modular design may rocket the phone into everyone’s hands once third parties start making more accessories that normal folks would use. Android on the phone is also lightly skinned, but missing the app drawer which is upsetting a lot of folks who use that and love the idea of having your apps in one area. Of course there are launchers like nova who will add the draw back and make Android feel more like vanilla Android.

Tell us int the comments below what you think about the LG G5 and if you’ll be buying one over a Samsung or iPhone!