Xbox One users will finally get to experience the indie game hit of 2015! Rocket League will be available on the Xbox One on Feb 17, 2016. The game will cost $19.99 and come with a Gears of War, Halo, and Sunset Overdrive themed cars. 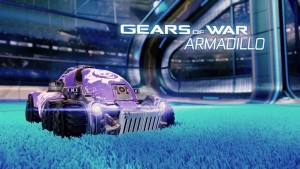 Rocket League joins together soccer and cars to make a fun yet impossibly hard game. The game become available on the Playstation 4 back in July, and rocketed the game into the minds of gamers everywhere. I’ve become a huge fan of the game, but have been limited with who I could play with because the game was only on PC and PS4. Now I will have a larger pool of friends making the game more enjoyable, along with making my chances of winning much higher.