Have an iPhone? Are you a musicians? Apple introduced Music Memo app, similar to the voice recorder already on the iPhone, instead features tools for musicians. Apple wants to make the process of creating and producing music easier with the iPhone and Mac. They have incentive too. Apple’s always marketed their products as creative tools to photographers, videographers, and musicians. 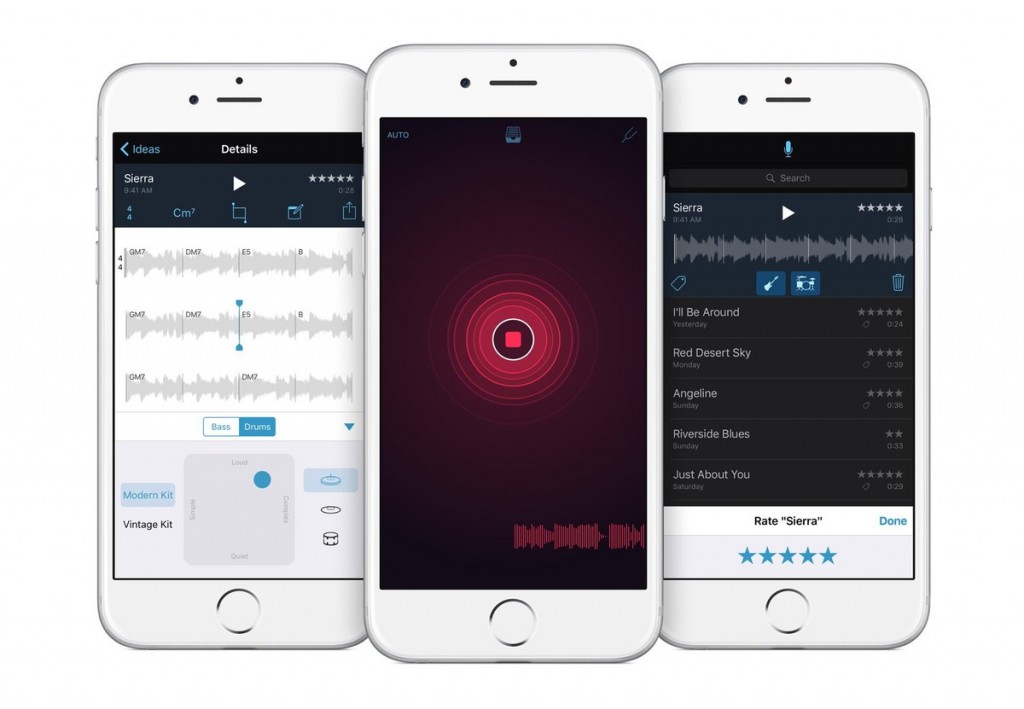 Artist often use the voice memo app to record short clips of songs or beats. Taylor Swift does and she’s even released the memos as features on the albums. The voice memo app isn’t the go to place if your recording anything to publish though. The app compresses the audio to save space on the phone, making the audio sound less than desirable once played back. The Music Memos app captures music at 24-bit/44.1kHz. It also includes a built-in tuner (for your guitar) and works with any instrument you want to plug into your iPhone.

The app also can analyze acoustic guitar and piano recordings than show basic chord notations. Once you’ve record and saved the audio the app can easily export to SoundCloud, GarageBand and YouTube. In Garageband you can edit the audio more or use the new live loop features to make the music more appealing. The live loop feature is DJ hardware controllers and drum machines. The idea is you press different buttons and a looped instrument plays.

The new app makes creating songs on the go easier than every, and the Garageband update allows DJs to create EDM or Hip hop beats without extra devices. While I’ll never have a use for these tools because I don’t understand Rhythm but a lot of folks are raving about these tools.

If your musically inclined tell us what you think about the garageband and Music Memo app in the comments down below!