Huawei hasn’t been able to keep a secret around the newest P9 or family of P9 smartphones. The leak say they’re will be no less than 4 P9 smartphones from the growing Chinese manufacturer.

Huawei will have a regular P9, a P9lite, a phablet-sized P9max, and a premium P9 with beefed up hardware and dual cameras. None of the phones will feature a QHD display like the Nexus 6, because the company believes the trade-off over resolution isn’t worth the power drain. The dual lens, dual cameras will be the second generation technology first début on the 2014 Huawei Honor 6 Plus. 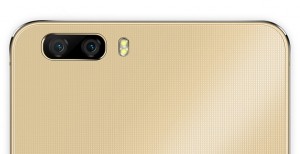 Huawei introducing 4 different flagship phones is a little Samsung-y introducing multiple version of the same phone. The problem is when they are 4 phones being sold at the same time is sales for each phone will split the attention from on another. It also allows Huawei to try different features on each phone to see which appeals the most to users, but could affect sales.

The company isn’t planning on announcing the new phones at MWC, instead a few weeks later after the event. Huawei is planning on releasing a surface book like device at which could dual-boot Windows and Android. This would be the companies first laptop which could go either way for the company.

Tell us what you think about Huawei introducing 4 different flagship phones not long after MWC in the comments below!