Periscope tight integration with Twitter, but now they’re going to have even more for users who watch streams. Periscope streams will now auto play in Tweets instead of redirecting to the Periscope app. The update means if you don’t stream, but only watch you won’t need a separate app or website. 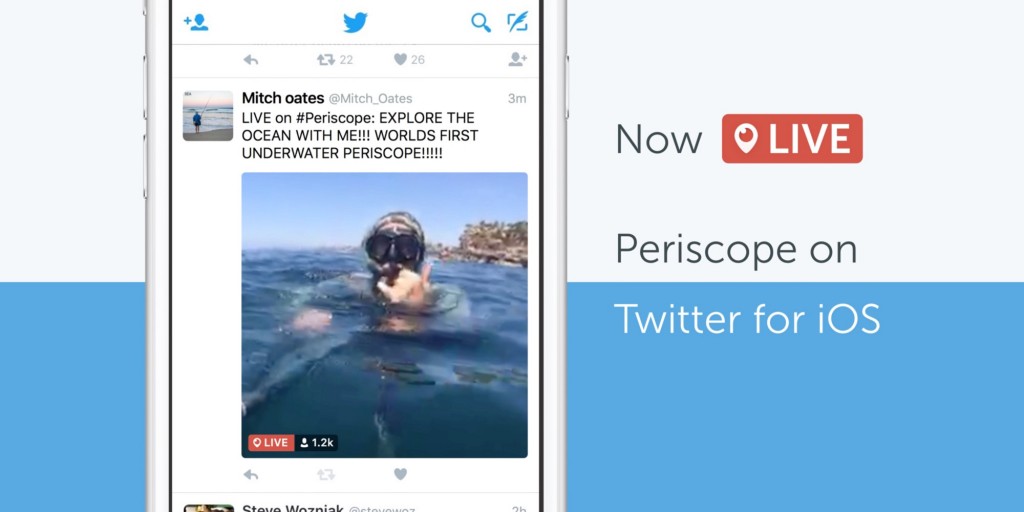 The feature is roll out to iOS users in “over the next few days” and will roll out on its website and Android app at a later date. The feature, once live, will show users your periscope stream. When you click on the stream you’ll get a full screen video with comments and hearts like in the Periscope app.

The change will likely irk some, but for many it will make Periscope streams more accessible without the app. Journalist will reach larger audiences, and the entry point to watching streams are going be at an all time low. The only users who need to download the Periscope app now are users who want to stream or users who want to always get notifications of streams.

The shift will likely increase engagement on Twitter, and Twitter will likely start serving ads against these live streams once they have some analytics from the video streams. Tell us in the comments below what you think about Periscope streams auto playing in Tweets.

2 responses to “Periscope streams will now play on Twitter”