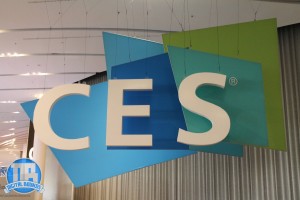 It’s over! Another 365 days, give or take 5 now, till the next CES. It’s a refreshing feeling to fly away from the largest technology conference. I’ve experienced massive 90 inch 4K TVs, smart fridges, hover boards, drones, and so much more. Everything’s still sinking into my mind after the deluge of meetings and press briefings, but I cannot complain because thousands of people would kill to do what I have an amazing opportunity to do. I get to see tech first hand than vomit words on the screen in hopes of relaying some smart people’s ideas and images. CES at the same time isn’t all that innovative in the grand scope of the technology world. The major game changing announcements aren’t made at the conference, and major players like Microsoft, Facebook, and Apple don’t have any presence here. They take to their own events to announce changes to their products or unveil new phones or operating systems, and part of the choice is to make sure they’re announcements aren’t lost in the sea of press. Also so they can shape the message, have a better grip on who’s coming and how everyone comes out of the event feeling. CES has changed from its roots, and why CES isn’t known as the ‘Consumer Electronic Show’ anymore and why the CES parent company is the Consumer Technological Association. This year the conference was filled with cars, smart home devices, and TVs.

The smart home as shown at CES is a fragment collection of smart lights, thermostats, and other home appliances. Samsung’s smart fridge while a crazy idea was one that I found to talk about the most. A touch screen on the front that you’re able to sync calendars, notes, messages, and shop for groceries from is something I didn’t think I would want but now I do. Then a lot of exhibitors had their new systems on display, and a surprising integration include. Amazon’s Alexa is becoming the go to voice ai to have voice commands in your smart things platform. A lot of security providers like Alarm.com or ADT want to have smart enable products in their home security, but using Alexa’s voice commands bring more security issues. Anyone outside a window could yell “door unlock Alexa” and enter the house without any issues. This is why Alexa voice commands so far are limited to lights on and off and controlling some other limited non-essential home automation.

The Verge has said lately CES is a car show, but for the longest time I denied the claims. This year I was whole heartily wrong. Every major car maker was out in full force with their electric car, and Android Auto or Apple CarPlay integration. The winner for electric cars was hands down the Chevy Bolt with a 200 plus mile range and $30,000 price tag. Everyone from TechnoBufflo to Engadget raved the consumer ready Bolt is going to bring electric cars to the masses, but even if it doesn’t Tesla and Faraday Future have established car maker giving them a run for their money. The Faraday Future is a newish company, only 16 months old, but they have massive plans for what an electric car is going to be and how consumers are going to use them. They’re concept car won’t ever make it on streets, but the bigger ideas of modular electric self driving cars are massive changes to what has been a dull innovation for cars. The Detroit car show is going to start-up soon and we’ll see how car analyst and industry experts respond to these technologically advance cars.

TVs have always been a huge part of CES, and they’re never going to stop. The technology HD was announced there, and many more advance technologies like Quantum Dot have made debuts here too. The thing with these TVs is they push for new technologies and increased upgrade cycles, but consumers aren’t on the same page. A lot of folks I know still have 5 or 6 year old TVs, or they’re buying the cheaper larger smart TVs over buying a UHDTV from say Samsung or LG. The content for the 4K TVs are becoming more available with Amazon, Hulu, and Netflix pushing for the technology but consumers still aren’t aware or don’t need to upgrade their TV. The slow cycle to upgrade causes technology like 3D TVs or curved screens to not catch on.

CES is a magical wonderland where technology is every direction you look, and everyone around you works in the industry in some way whether they’re a buyer for BestBuy or an Engineer for Rackspace. They’re all looking at new technology and how it could shape 2016, and the future trends for the next few years. I’d love to hear from you guys on your thoughts from CES and what you want to see the companies do through the year till CES 2017!