Sony gave an unusual press conference this year with a lot of story telling and rambling. Sony did manage to unveil a few new products at their booth. The company with a history of premium device has sunken to the level of almost being forgotten. That hasn’t stopped them from dropping new headphones, a new 4K handicam, speakers, TVs, and a digital vinyl player. 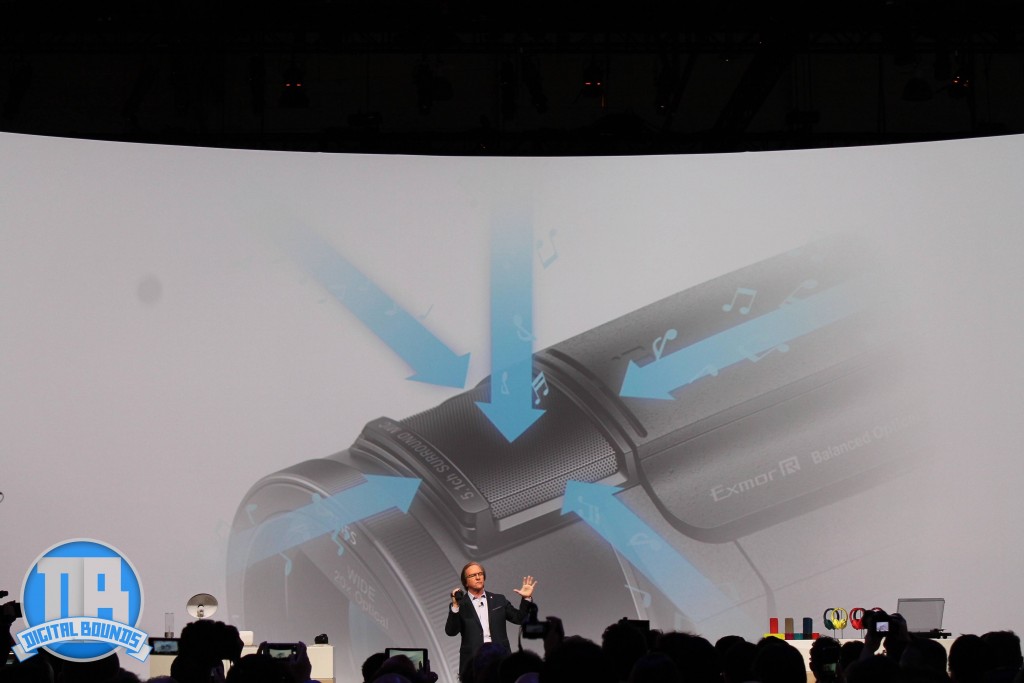 Sony has always focused on cameras and image quality. Their DSLRs are used by professionals, and some of their mirrorless cameras are the best around. Sony introduced a 4K Handicam that’s meant to bring 4K content to everyone. They said 4K this year is for everyone. They did forget to mention the price of the new camcorder, but we suspect the device will cost a lot. The camera also features a premium speaker and mic to record audio from all directions.

Well Samsung and LG both announced paper-thin displays with the blackest blacks and the most color contrast. Sony didn’t want to kick the trend and outlined their new TVs that are thin, expensive, and feature Ultra HD 4k. Sony included content for these TV with their new Ultra 4K movie and TV streaming service launching soon. The service will have big block busters from their studios and a few others. Sony did mention cable management which can make some of these beautiful TVs look like jumbled messes.

The company best know for their Playstation and Walkman continue to make headphones for professionals and the consumers. The company introduced new speakers and headphones under the Hear brand. The Hear Go is a small speaker that can blast high quality audio anywhere you go. The Hear In are a set of headphone you wear around the neck and have ear buds to plug-in. Hear On are a set of over the ear headphones that all come in some widely obnoxious colors.

The company knows that vinyl is coming back with the raise of audiophiles. Sony wanted to merge the high quality audio from these devices with the digital outputs of laptops, phones, and other computers. You’re able to use this vinyl player to record high quality audio files that you can then listen to on your iPhone, laptop or tablet.

Sony took their event to highlight the success they’ve had with their current products, and tell stories from film makers and from internally. It sound more like they were talking to shareholder than to the press. There were a lot of bad dad jokes, pictures of random places, and a lot of confusion from the press. Everyone collectively sat through the event wondering when it was going to be over. Sadly Sony didn’t make the right move with their press conference this year. They still have great products but poor marketing.

Tell us in the comments below what you thought of the Sony press conference and what you expect with them this year!