YouTube’s monthly subscription service has finally gone live after some users reported having trouble accessing YouTube.com. Red offers a one month free trial to check out how ad-free viewing, background playing, and downloading videos for offline viewing works. After the free trail the service is $9.99 or $12.99 a month if you signed up on a iOS device. The higher price on iOS devices is a result of Apple taking a percentage of each subscription if you use iTunes billing. 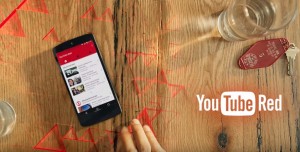 Along with Ad-free videos, offline playback, and background playing users will get access to exclusive content from YouTube’s biggest stars. Each Red subscriber will also have access to YouTube’s new music app, and a subscription to Google Play Music all for only $9.99. It’s a sweet deal and being pushed by Google and YouTube, unlike other subscription services they’ve offered.

We signed up for the free trial, and of course turned off auto renewal. The service is going to have large impacts on the YouTube community, and will in the end make the site more of a cable network than a Hulu or Netflix. The company already has cause an uproar with not paying creators if someone using the free trial watches on of their videos. Apple tried a similar move and had Taylor Swift write an open letter against the practice, which later lead to Apple changing their policy. Google may not have to change their policy because no one’s really talking about the problem, at least yet.

Tell us if you’ve subscribed to the free trial, and what you think about YouTube Red so far in the comments below!