Snapchat introduced lenses a little over a month ago, which gave users interactive filters to make your selfie game stronger. Now the company has rolled out “speed modifiers” filters, a new feature that lets you slow down, speed up, or reverse video you’ve taken. 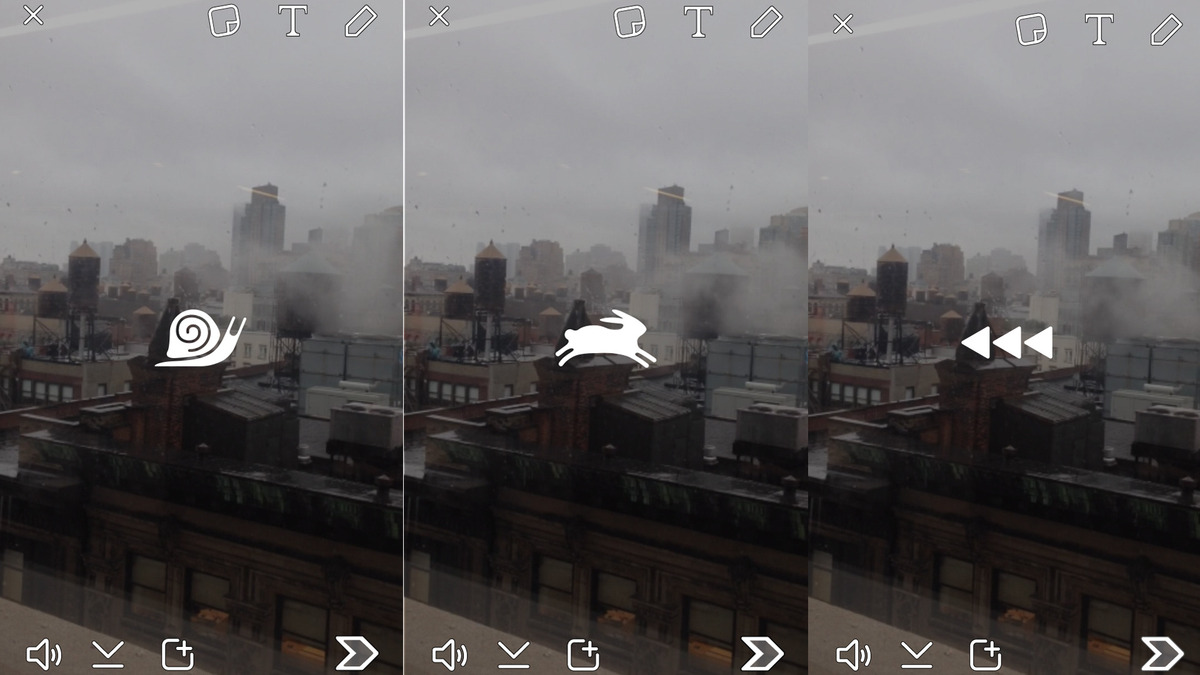 The speed modifiers work like filters. Record the video you want than swipe left or right on the screen to select the filter or speed modifier you want. Snapchat continues to offer ways for users to make creative selfies, or videos even though the videos and pictures self destruct – unless you save them or someone screenshots it. It’s also surprising to see the speed modifiers work after you’ve recorded the video, unlike in the iPhone photo app you have to select slow motion video than record.

Also included in the update is 3D Touch support for the iPhone 6S and 6S Plus. 3D Touch Snapchat’s app icon, and you can quickly chat or add a new friend from the dropdown menu. Their isn’t any support for 3D Touch in the app like many other apps who have start supporting the feature on the home screen but not within their apps.

The update is available for iOS and Android today. Also a pro tip: Combine the lenses and the new speed modifiers for some amazing and crazier snaps to your friends!

Snap us your crazy mash ups at DigitalBounds and maybe we’ll reply to some of them!