In our other post, we reviewed Game On Austin‘s overall experience, and as you probably figured this post is all about the Games. Keep in mind that we didn’t get to try out every game and that this isn’t a hardcore game review. Seeing as how most of these games are still in development; it would be unfair to judge them on technicalities and features that are most likely going to be scrapped and edited 1,000 times over. With all that being said, we WILL point out these Games’ awesome features and what we liked, and what you could expect from your game play experience.
This Review Covers 3 Games and there’s more to come from our coverage of Game On Austin!

Tiger Style has a knack for making really awesome games. Their precursor to Spider Rite of the Shrouded Moon – which I’ll refer to as Spider from now on – secured a number 5 spot on IGN’s top 25 Iphone Games of the Year in 2010. Coming into this game I didn’t expect much really. Typically mobile games aren’t much of an interest to me since there’s usually touch-lag combined with a million other factors that make them hard to enjoy, but Spider changed my mind completely on what mobile games can achieve. I started out by slinging webs across the stage and pouncing from one platform to another. The agility of my spider’s crawl was really impressive and kind of freaked me out with how responsive it was. I continued my goofing around until I noticed my prey – a moth- floating up and down. I quickly fashioned a web from a terribly shaped square and he was trapped, the motivation to eat him couldn’t be any higher and CHEW! – he was gone. The fancy backdrop of the game made it difficult to recognize as a side-scroller and the sense of action was an immediate and distinguishable plus.

After dabbling with Spider for a bit I talked with Randy Smith, A game designer at Tiger Style who helped create the arachnid side-scroller.

While The Mysterious H blared in the background, I asked randy about Spider‘s progress and vision.

According to Randy, Spider is been about three years in the making and is intended to be a more “fleshed out” version of the original –Spider: The Secrets of Bryce Manor- made back in 2009. What’s interesting about Spider is that it can be played without much thought and doesn’t make you feel like you’re playing a brainless game, and the reason why is because unbeknownst to the player, a story is going on in the background regardless of your recognition. As Randy explained, you play the world as a spider with no awareness to the world’s events outside of your next meal, but for more introspective players, you can take notice of the backdrop’s scenery and figure out the story behind the land owner’s leaving of the property. From the hints that Randy dropped, it seemed like there’s some really and dark thoughts in there, and if you check out their blog you can see some of the deep and impressive research and inspiration that they drew for the game. (Creepy Architecture had a lot to do with it)

Most impressive of the game’s vision is its incorporation of using internet connections to modify the game’s playscape. As Randy stated:

“Every level in the game can be a day or night or rainy or clear…but in the real game we’ll use your GPS or Wi-fi to use where you are in the real world to find the weather conditions there, so say it’s clear here in Austin, Texas,well if it started to rain here it would rain in the game as well and [the environment would change] different insects would start to appear so mosquitoes would come out once it rains, fireflies come out during the night…“

If the thought of Spider didn’t get your skin crawling before, that tidbit should do it. 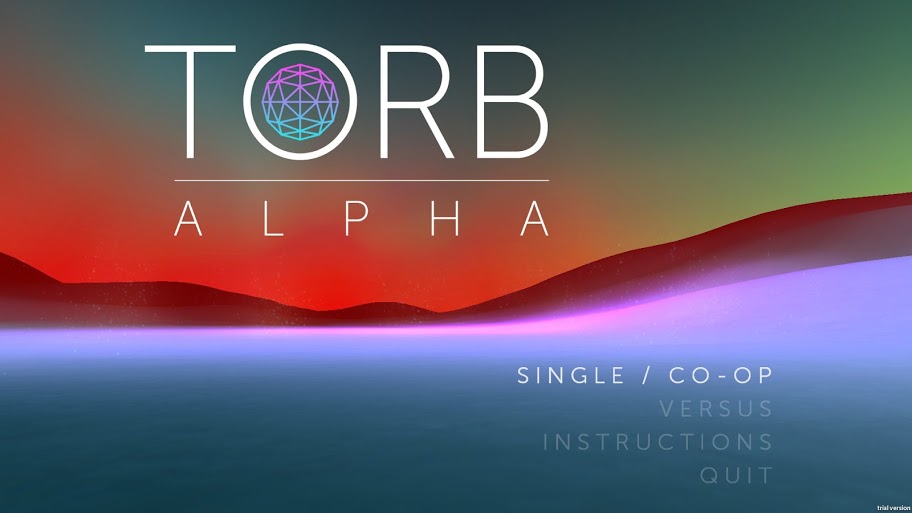 One of my favorite games at Game On Austin was this robo-polygonal-soon-to-be masterpiece, Torb. It’s hard to say exactly what Torb is, is it a game, a lifestyle, an acid trip? Maybe it’s all or maybe it’s none. Okay well it is a game, so I’ll give you that, but it’s a bad ass experience as well. Torb is reminiscent of Zone of the Enders-like Camera angle that makes head on collisions seem that much more intentional. The artwork in Torb is stunning and does an awesome job of combining key familiarities – jousting – with things you don’t know – Torb Robot Polygon thingies- to create an awesome and original game that’s primitive fun in a way that doesn’t make you feel dumb.

The concept and originality behind Torb’s artwork and mechanics are evident in its game play. When you’re playing with a friend there’s all kinds of things that feel like they’re falling towards you and you can play either independently or with a friend to take on the Goblin-Cuboids that wish to do you harm. I spoke with Jason Rosenstark, the co-designer and artist for Torb to discuss where all of these concepts came from and how Torb hopes to execute them:

G- So where did the inspiration in the artwork for Torb come from?

J- “The graphics as they are right now come from two places, old concept art from the 70’s and a really great artist named Syd Mead who drew hyper-futuristic cars and robots and stuff, that’s where all the inspiration came from for these shiny robots….[we also] realized that if you make a game about physics and about sword fighting one of the biggest downfalls of sword fighting games not feeling or looking real is that they always try to make it about humans, so if you abstract it where it’s not about people and there’s no revenge story it almost makes it like a sport, so we purposely tried to make it feel more fun and colorful as opposed to super dark and gritty.”

G – So can players do as far as game play options?

The game isn’t completed so we have a couple of different directions that we can take it in but the core of the game is that it’s a sword fighting game completely based entirely on physics so everything is triggered and it all acts with real force on each other. So basically it allows the player to come up with their own style of fighting without any limitations so there’s not a set move or set swing that you’re forced to use.
G – So it’s possible to have your own ‘signature strike‘ then?

J- ” Yeah or even your own ‘martial art’ in the game; for a long time I would try to never swing and I would just let people run into me and I’d like bullfight them to try and get them to sidestep and cut themselves on my sword , and I became obsessed with it. It doesn’t necessarily always work but it’s really fun to try out those things and incorporate them. Another thing is that there’s no video game conventional moves like there’s no ‘block’ button, you have to move your sword and your body in the right way to parry an attack rather than hit a button and the guy automatically blocks…”

G- The game’s name is Torb ( at this point there’s a brief silence that makes me feel weird for asking the next question)
So, what inspired the name?

Jason erupts in laughter at this question and says,

“It’s actually a long story that doesn’t have any point- Originally the game was called Wagoneer because we wanted to make a game about guys fighting on Wagons, so that’s what it was called that for a really long time and then we never put a wagon in the game so we thought ‘we should probably rethink that name’ and we knew we didn’t want it to be super explicit as to what was going on in the game, like we didn’t want to call it ‘RoboSwords’ so I said let’s just call it a funny name like ‘Torb‘”

G- And it sticks! Did you hear those guys over there [some kids trying out the demo] using Torb as a verb, is that a common thing, did you guys do that or did they?

“No I don’t think we ever did that, they’re the ones who did it’s pretty hilarious…“

Torb being a verb confirmed.

UP NEXT :Capsule Force

Game: Capsule Force
Studio & Platform: Klobit Games, PC
Website: CapsuleForce.com
Release date: Awaiting SteamGreenlight<<< Vote for it there
You can see game play from Game On Austin below or check out the Game Trailer

Capsule force is reminiscent of really cool arcade games from forever ago, but what’s awesome is that it only looks that way. Gamers at Game on Austin were really enjoying the time that they spent playing this sci-fi-scrolling-shooter, and it’s easy to see why, the colors are strikingly vibrant and the atmosphere created by the game breeds excitement for both players and spectators.

We have some Game play footage of Capsule Force in action, it reminded me a lot of Super Smash Bros but tell us what you think of it: