Have you been enjoying Destiny as much as I have? I’ve gone through the game and been playing in the Crucible. The game so far is spectacular and I’m currently writing a review on how I feel about the game.  Bungie doesn’t plan leaving its players without more gaming modes or without more options in the game. 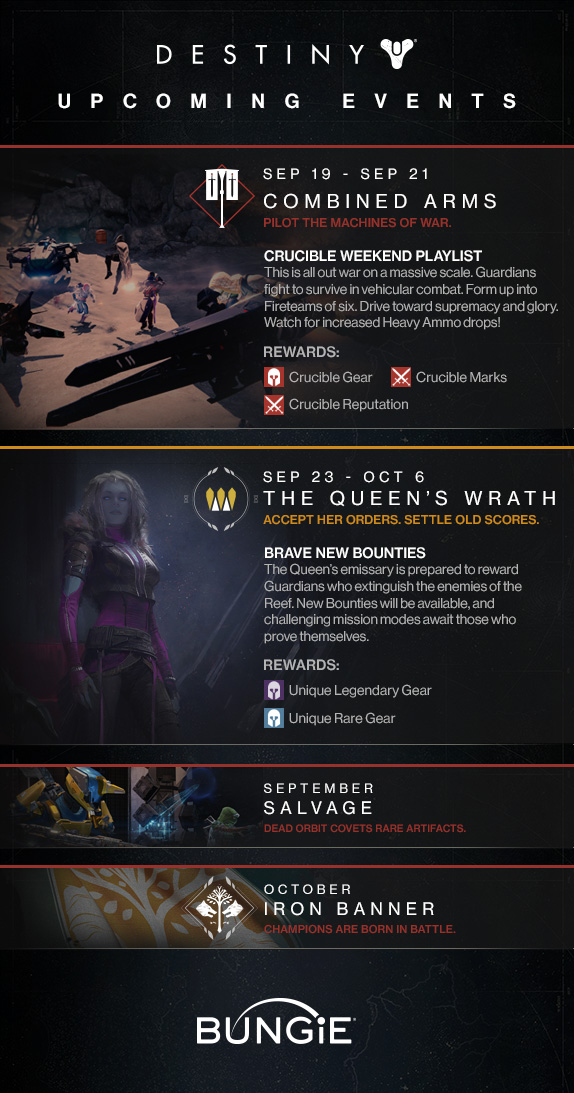 We’ll see a new story mission with Legendaries and Rares as rewards, hopefully some great perks. We will also see more Crucible goodness in October, and hopefully we will see more events like this from Bungie far into the future.