A recent forum post on MacRumors could have revealed the clearest image of the soon-to-be Nexus 5. Nearly a month ago, a Google employee revealed what just might be this new and upcoming device in a promotional video for Android KitKat. In response to questions from other users, the author said the phone’s back cover feels similar to the Nexus 7 and it’s display is only “ok”.

The phone is believed to support LTE, which could make it the first unlocked, be 5.19 inches tall, has a 4.96 inch screen, and has a 2,300mAh battery, according to documents filed to the FCC days after the video by LG. 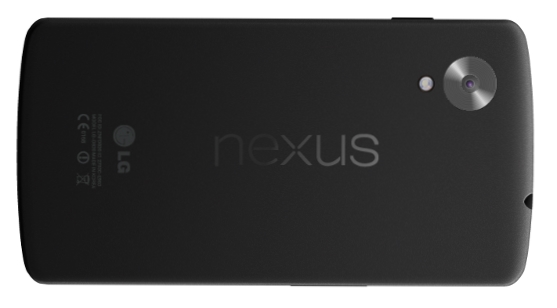 Although it’s difficult to tell whether the image is “genuine”, it doesn’t bear the marks of a Photoshop job or even being a fake, and it lines up quite well with what we’ve been expecting from Google and LG. If it is real, we should be seeing a lot more from Google on the Nexus 5 soon.

4 responses to “Clearest image of the Nexus 5 yet?”